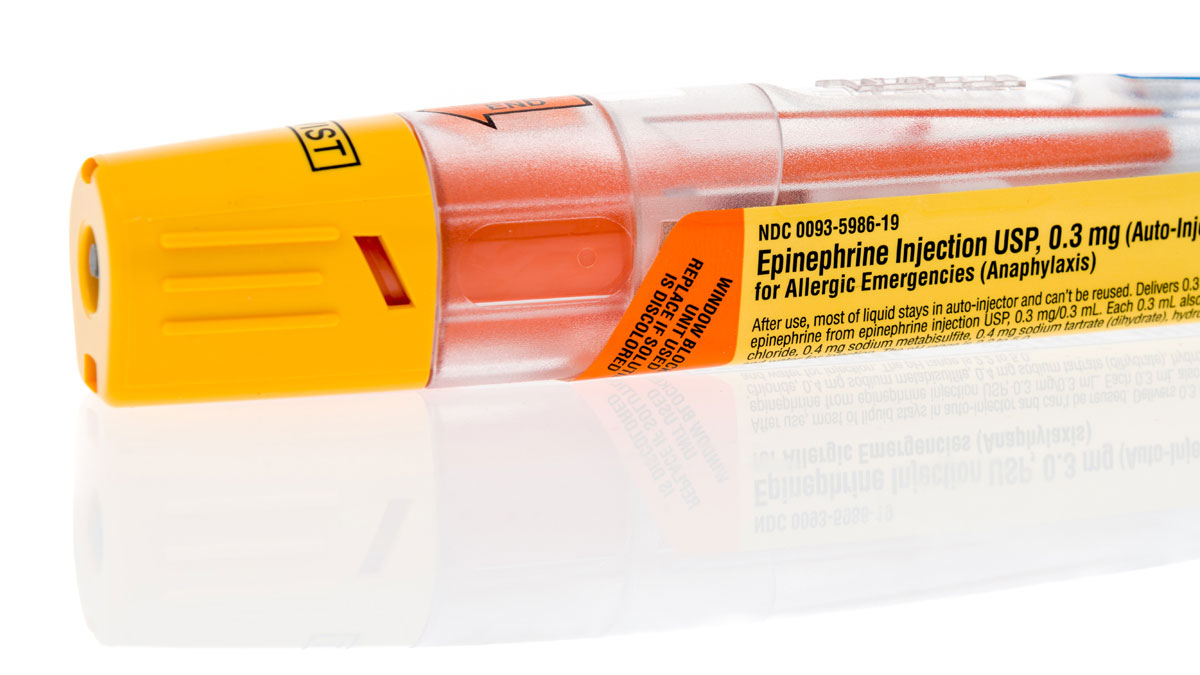 In the 1970s, a new type of solution to reversing severe allergic reactions was introduced. Invented by Sheldon Kaplan and approved for marketing by the Food and Drug Administration in 1987, the EpiPen®, or epinephrine injection, has literally been a lifesaver.

Used to treat anaphylaxis – a severe, potentially life-threatening allergic reaction – the EpiPen® is prescribed to more than 3 million people in the United States alone. Anaphylaxis can occur within seconds or minutes of exposure to something you’re allergic to, such as peanuts or bee stings.

Before its invention, people carried cumbersome kits that were often conveniently left behind, leading to many preventable deaths. Thus the EpiPen® was born with the help of a father whose daughter was allergic to bees.

But how does it work? I asked Carolyn R. Word, M.D., of Charleston Allergy & Asthma, to share her expertise on allergic reactions and why the EpiPen® is such an important tool.

“There are many people who will walk through life without any type of allergen. Their body will breathe in proteins or adjust proteins and think nothing of them. Other patients can see those same proteins and their body has learned to recognize that protein as an allergen,” she added.

We’re all familiar with the fact that our bodies have antibodies, which we generally think of as infection fighters. One particular type of antibody, IgE, sits atop mast cells, looking around for anything it recognizes as an allergen.

For example, if someone has a peanut allergy, the IgE will signal to the mast cell to open up and begin releasing mediators, most commonly known as histamine.

“And that sets off a cascade of events. Lots of different things are going to happen as a result of this cascade. Many symptoms can then occur: hives, swelling, breathing problems, congestion, sneezing, throat closure and blood pressure dropping. What’s happened is the cascade has kind of gone too far and the body is really needing something to reverse it,” Dr. Word pointed out.

“In many ways, one of the ways we really need this for patients who are having anaphylaxis is to squeeze down on the vessels and to counteract the kind of loose vessels. They’re leading to drops in blood pressure, because the biggest fear is if the blood pressure bottoms out, then now the patient won’t have perfusion of their heart and things could obviously go in a very bad direction,” she commented.

“So the epinephrine in the EpiPen® is given to really squeeze those blood vessels and get the blood back to the heart to get the heart pumping again and keep the patient from dying. Once that allergic cascade starts, you need epinephrine to make it stop,” she said.

Many people who experience hives may be hesitant to seek medical care, whether from fear of needles or just out of an aversion to going to the doctor. Dr. Word warned against this: “As a physician, I feel like it’s never wrong to seek medical care. If you’re having new or unusual symptoms or if you’ve never had hives – it’s never a bad thing to go and let a physician assess you. Let them get your vitals, take a listen to you and go from there.”