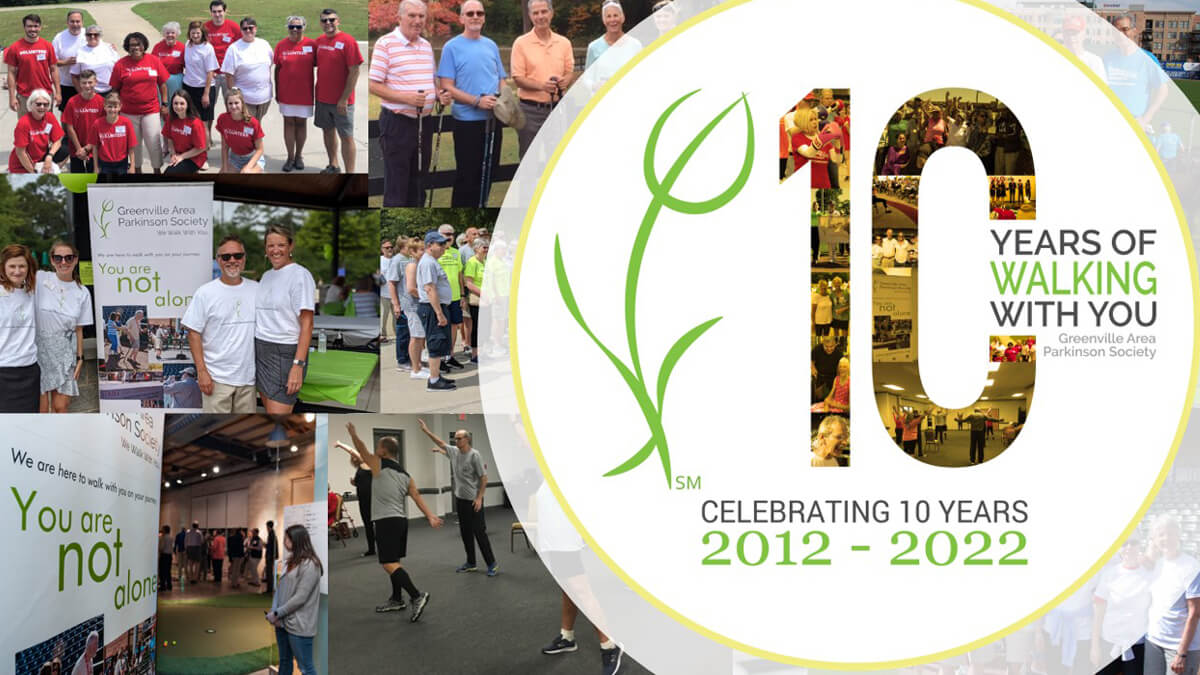 One of the things Laryn Weaver and the Greenville Area Parkinson Society want you to know is that the symptoms of Parkinson’s disease are not always obvious. They have been working hard to educate folks about the disease for a decade now.

Some early symptoms can include loss of sense of smell, difficulty swallowing, changes in handwriting, a voice that’s difficult to hear, stiffness and changes in gait, Weaver explained, adding that lack of education contributes to the problems faced by people with Parkinson’s.

“In the community, people will go five, 10, 15 years without a diagnosis because most people don’t understand the lesser known symptoms,” she said.

The Greenville Area Parkinson Society has been working to change that by helping to educate people in the community.

“This disease just passed Alzheimer’s as the fastest growing neurological disorder, and we think it’s extremely important that the community at large, not just the Parkinson’s community, increase their awareness and understanding of it so that we can reach people sooner with treatment.”

The organization was formed in the early 2000s as an informal social group, and, as attendance grew, it was formalized as a 501(c)3 nonprofit by Patrick Sullivan and W. Stanton Smith in 2012. In its first four years, it served several hundred members with a support group and an educational seminar and had one community partner. Over the past six years, the organization has expanded to include 11 programs, ranging from education and exercise to support and mentoring, and it now serves 4,700 people with a full-time staff of four and more than 300 community partners.

Only about half the people GAPS serves have Parkinson’s disease. The other half are caregivers, spouses and adult children of people with Parkinson’s.

“You can live with Parkinson’s for 20 years, which means you have to learn to live with it, for sometimes a very long time,” said Weaver. “It impacts the family as much as the person with Parkinson’s. So we provide programs of support and education for everyone that this disease impacts, not just the person with the disease, and we help maximize the quality of life for people living with Parkinson’s. If you’re exercising and you’re taking your medication, you can remain an engaged part of the community and still have a very high quality of life if you’re taking advantage of the resources that are out there.”

As they look toward serving the Upstate area for the next 10 years and beyond, you can help support their efforts, especially since April is Parkinson’s Awareness Month. You can join online to be a part of GAPS Sole Train and raise money to help support the organization’s mission and trek for tokens – or you can pledge to Planking for Parkinson’s.

One thing you can be sure of is that all the money you raise stays right in the community and helps your friends and neighbors with Parkinson’s and their families, because the organization is not affiliated with a national Parkinson’s organization and is completely locally funded.

“There are currently upwards of 12,000 people in the Upstate region with Parkinson’s, and that number is expected to double,” said Weaver. “We want to be prepared for that. Everything that we’ve been able to do and build is because of the support of our members and their families, and our sponsors. Thanks to them, we’re making an impact.”

For more information on how you can support the Greenville Area Parkinson Society and help people with Parkinson’s and their families live better lives, visit: www.gapsonline.org.