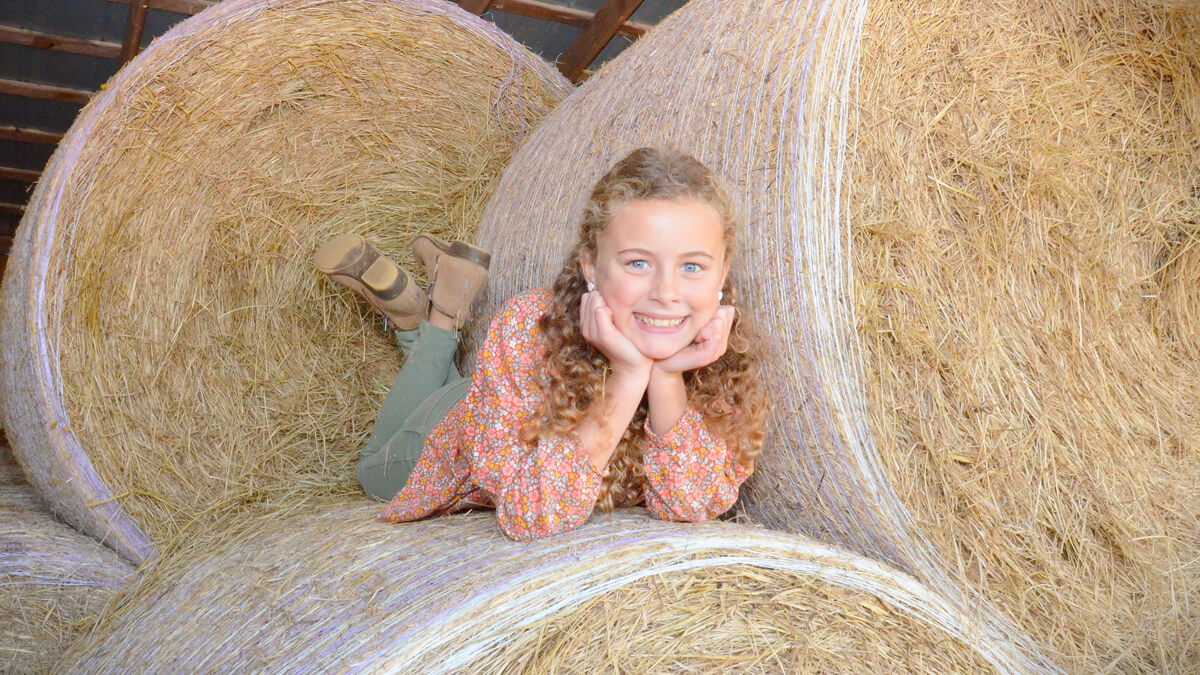 Jennifer Settle gave birth to her daughter, Kinsley, on Oct. 18, 2010, though she was not due until Nov. 18. Born at Greenville Memorial, Kinsley was surrounded with the hospital’s NICU team at the hour of her birth, a request made by Jennifer and her husband, Kyle, due to the early arrival. The infant’s “purple hue” and labored breathing caused Kinsley to stay in the NICU for a solid week, where she was proclaimed to have a “small left lung,” her mother said.

“But they weren’t sure why,” Jennifer continued. “We were discharged from the hospital with an appointment to see a pulmonologist.”

From the time she was born and for the next several years, Kinsley was in and out of doctors’ offices with numerous inhalers, nebulizers and prescriptions for her constant respiratory distress, including bronchitis and pneumonia. She was tested for cystic fibrosis and other illnesses, but there was no clear diagnosis for the increasingly frustrated family.

“I had significant postpartum depression — which no one talked about as much at the time,” Jennifer shared. “I had normal newborn exhaustion, as well as disappointment that the euphoria over cuddling my new baby was not there. Instead, I was just trying to figure out how to make her stop crying and vomiting. And I was constantly saying to my family and friends, there’s something not right. This isn’t what life is supposed to be like.”

When Kinsley was 2 years old, the family was transferred to Houston for Kyle’s job, or so it appeared. Yet today, the family maintains that it was divine intervention — it was in Texas that Kinsley’s health experienced a lifesaving turning point.

One Saturday morning in early 2014, Jennifer was at the doctor with Kinsley for coughing and fever, a miserably typical occurrence. But that day, a bit of fortune was on their side. The head of cardiovascular imaging was reading X-rays, and, when Kinsley’s X-ray came through, he “noticed a lack of shadow on the lung,” Jennifer said, so he urged the family to see a cardiologist. “He worked some magic and got us in the next week,” she recalled.

At the cardiologist’s office, Kinsley was diagnosed with a hypoplastic left pulmonary artery – a rare, congenital abnormality of the artery responsible for going from the heart to the left lung to collect oxygen in the blood. The doctors performed a heart catheterization to get a better look at her heart and discovered the left lung was “small and sickly” due to blood going solely to the right side, while her left pulmonary artery “was barely open.” Furthermore, Kinsley was missing the blood vessel that transports blood from the heart to the lower half of the body, known as inferior vena cava. Though collateral vessels had grown into place to mitigate the problem, the child had “no exercise tolerance,” according to her mother, and would regularly become winded and vomit on the playground.

To encourage the left artery to grow, doctors implemented a balloon angioplasty. The results of this minor procedure were amazing, Jennifer said – her daughter’s antibiotic use was immediately “cut in half.” A few months later, stents were placed inside the artery to keep it open permanently.

The family moved back to upstate South Carolina in late 2014, but due to Kinsley’s “rare combination of defects,” Jennifer and Kyle felt it necessary to take their daughter to Atlanta, then Charlotte, for continued cardiology treatment.

“Not every doctor is going to be familiar with [her needs], so she currently sees a pediatric interventional cardiologist in Charlotte,” Jennifer explained.

Since that first stent, Kinsley has had about five more. Following each procedure, she is monitored “to make sure everything is normal” and is consistently “a strong and courageous girl who makes everyone at every doctor’s office and the hospital smile,” according to her mother.

Sadly, the Settle family recently has been grieving the untimely deaths of Kyle, as well as Randy, his father, both of whom passed away due to COVID-19 complications. Despite these difficult losses, Jennifer remains optimistic.

“Kinsley was very close to her daddy — he was with us for her last heart cath,” she said. “We are a family of great strength, and we have hope. We feel God is interwoven with our story and has never left our side. We’ve found purpose through our pain thus far, and we are praying we’ll create purpose from this pain, too.”

Part of that purpose, it seems, is for Kinsley to thrive, grow and serve as an inspiration to others — including her 7-year-old brother and 2-year-old sister, who “draw comfort” from their eldest sibling.

“Kinsley is back to baseline as far as her activity level and health,” Jennifer added, beaming. “She’s a softball catcher, she’s active at church — she’s your typical 11-year-old who is full of life. And she’s already thinking about what to be when she grows up – cardiologist is on the list!”