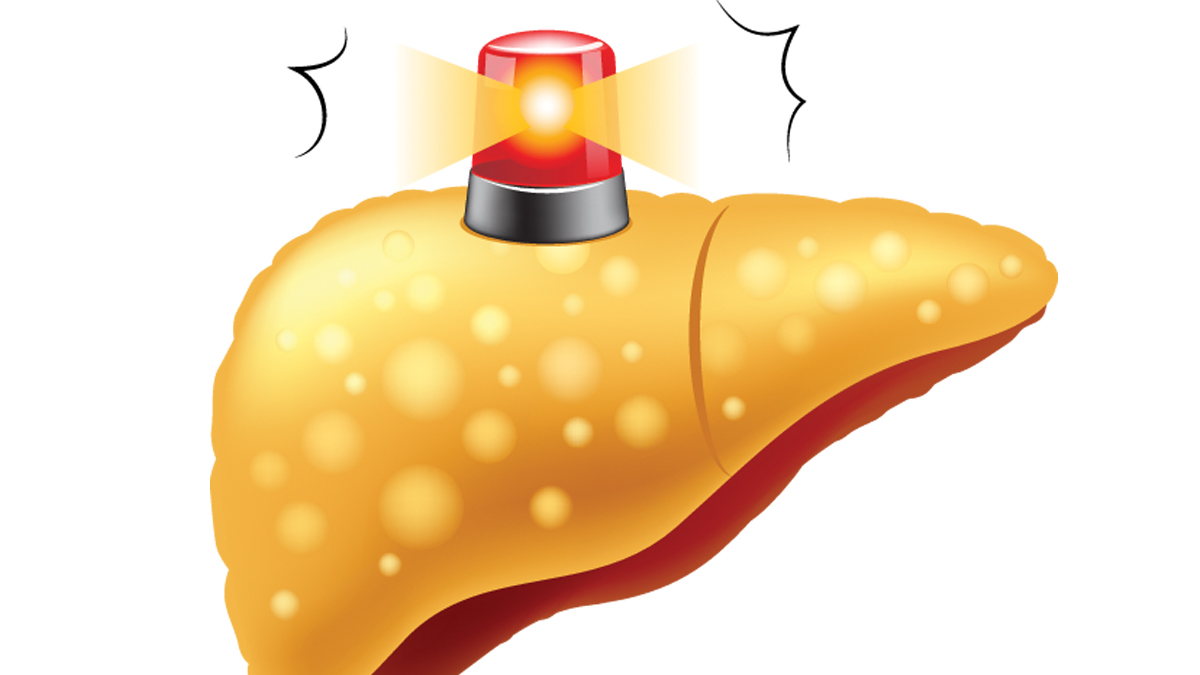 Several symptoms of liver disease should warn you that a visit to your doctor is probably a good idea. They include abdominal pain and swelling; itchy skin; dark urine color; chronic fatigue; a tendency to bruise easily; loss of appetite; nausea or vomiting; pale, bloody or tar-colored stool; skin and eyes that appear yellowish; and swelling in the legs and ankles.

However, nonalcoholic fatty liver disease (NAFLD), which damages the liver over time, has no real symptoms in its early stages, and, if it isn’t discovered by screening or by chance, it can become a serious and even life-threatening issue.

NAFLD is the infiltration of fat in the liver caused by factors such as hypertension, high cholesterol, obesity, poor dietary habits and a sedentary lifestyle, problems that are all too common in the United States, according to Dr. Don C. Rockey, chair of the Department of Medicine at the Medical University of South Carolina.

“There are two major stages. One is fat, and the other is fat plus inflammation and scarring, which leads to cirrhosis, which is dangerous,” said Dr. Rockey.

“NAFLD is caused generally by the same things that are associated with other diseases – obesity, high-fat diets, high cholesterol – but it can be genetic as well,” Dr. Peter Naas of Gastroenterology Associates in Greenville added. “People can have NAFLD despite a normal weight.”

Dr. Naas said occasionally, people with NAFLD might have right-upper-quadrant discomfort, but, for the most part, the condition has no symptoms. He said in many cases, physicians discover it when they are looking for something else, either through a CT scan or an ultrasound.

Dr. Matthew S.Z. Bachinski of Digestive Disease Group in Greenwood said an ultrasound or CT scan tells only part of the story when it comes to the liver.

“To be certain, a doctor needs additional information in the form of a liver biopsy or, more recently, with elastography from a fibroscan. But there are fewer than five places in South Carolina that have a fibroscan,” he pointed out.

“You have to have a sharp physician. NAFLD is most often detected, initially, through bloodwork that measures one’s liver tests,” Dr. Rockey said, pointing out that if a liver problem is suspected, a biopsy would tell for certain whether a patient has NAFLD and how much inflammation or scarring there is.

“A doctor must be able to check the liver,” he added. “There are several ways to do this. One is liver biopsy. Another is to check the stiffness – or elasticity – of the liver to determine if there is scarring.”

Dr. Bachinski said NAFLD is often discovered incidentally, such as when a person is in the hospital for another issue, such as a broken hip.

“We might uncover it when we’re operating for something else,” he said.

Dr. Bachinski said he has seen teenagers with NAFLD but added that “for most people, to get the cumulative effect, you’re usually into your 20s or 30s” or older.

There are no medications approved by the Food and Drug Administration specifically for NAFLD. However, all three physicians agreed that the condition can be reversed with lifestyle changes: losing weight, eating healthy, controlling your cholesterol and exercising regularly.

“The liver is very dynamic. It can repair itself and return to normal or near normal,” Dr. Rockey said. “It’s more of a problem with older patients after a lifetime of inflammation. But, sadly, we’re now seeing it in children. It’s quite tragic because of our friends at McDonald’s, Hardee’s and Burger King and because lots of kids sit around watching television, playing video games and not exercising. If you exercise and eat right, it is much less likely that you will get NAFLD.”

“You can definitely improve the appearance of the liver,” Dr. Bachinski added. “The standard approach is to lose 10% of body weight and improve your general health and lifestyle.”

Dr. Rockey pointed out that nonalcoholic fatty liver disease can be hereditary: “It is well-established that a proportion of patients have genes that play a major role.”

Dr. Bachinski provided a different take on the subject. He said people sometimes inherit the lifestyle that causes the disease. He said if no parent is obese, the likelihood that a person will be obese is less than 20%. If one parent is obese, it’s 40%, and, if both parents are obese, it’s 60% to 80%.

“I think it’s heredity in the sense that we live with our parents, eat the same food and exercise in the same manner,” he explained. “Exercise helps because it improves so many of the parameters that get you to nonalcoholic fatty liver disease.” 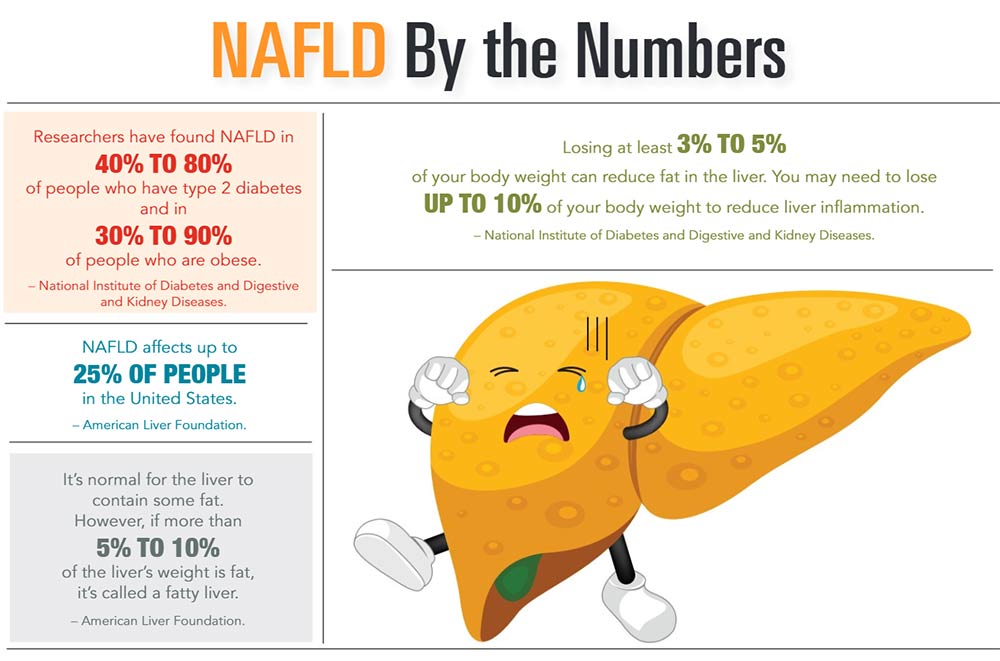