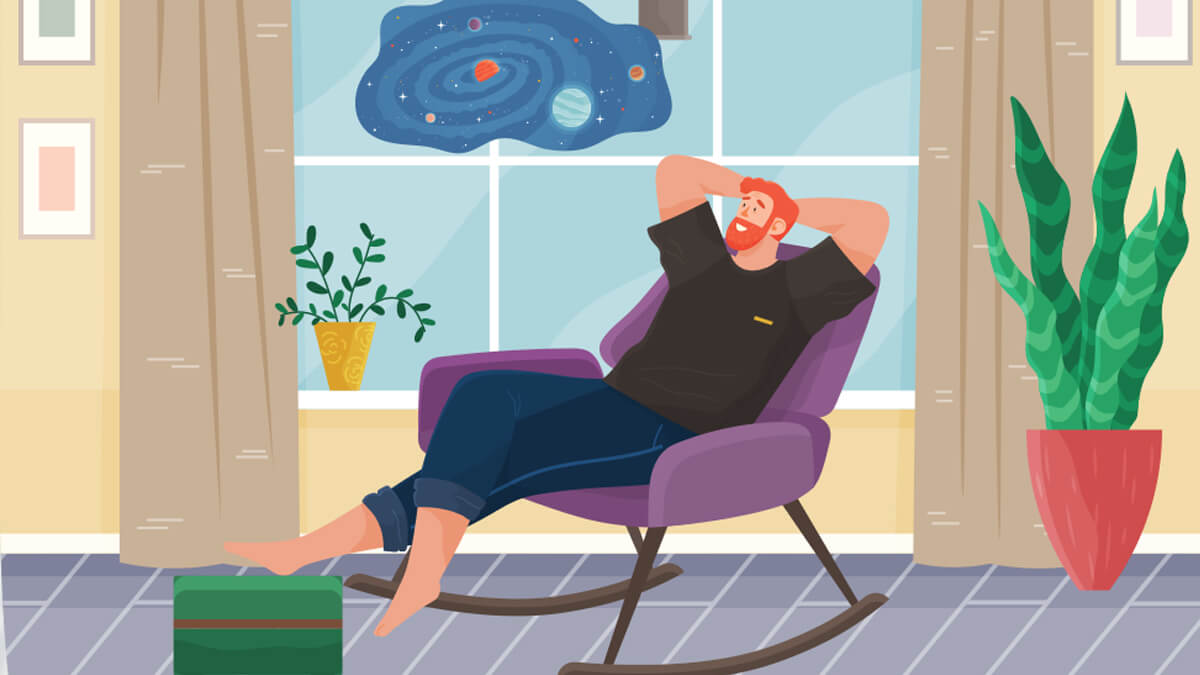 Took a walk around my neighborhood the other day, the sun just starting to massage my shoulders with its warmth, dispelling the morning chill. What a treat to be able to wave at a neighbor mowing his lawn and stop to exchange pleasantries with the woman who painted her front door chartreuse.

It was a real tonic to stretch my legs a bit after all those COVID warnings had kept us locked in our homes like a populous sentenced to house arrest.

That’s when I spotted a little brown dog up ahead, his nose to the ground, no leash and no owner in sight. He wore a collar, so it was safe to assume he belonged to someone and was not a member of some fierce, feral pack of wild dogs. But what was he doing all alone? Where was he going and why?

As I pondered, I speculated. Maybe he had escaped from a horribly abusive household and was looking for a new home. He could have been frightened by some firecrackers and run away in a panic, crisscrossing the silent streets, seeking safe harbor.

Perhaps he was a hopeless romantic, looking for his miniature poodle girlfriend. Or, it could be, he was just out for a freewheeling promenade.

I created a few more scenarios for his adventures on the loose and then it struck me! My thoughts weren’t anchored on the pup and his solo stroll.

No, they were all products of my own imagination. That little guy up ahead was just the catalyst.

That’s when I was reminded that one of the things that distinguishes us from our furry friends is the power – even the need – to imagine.

That little dog wasn’t imagining much of anything. He was just sucking up stimuli from his environment, his nose literally to the ground, processing sniffs and moving on.

You and I do that as well. But we also allow our minds to wander off, creating mental images, sights and sounds of situations and events that don’t actually exist.

Sometimes, we dream up things that aren’t happening, like a world free of all pandemics. Other times, we fantasize about things that are, such as the return of the restaurant world.

We conjure up the unreal and embellish the actual – all the time! And the wayward puppy, for all his real-world rambling, is bogged down in determining whether a dachshund or a Doberman recently visited the fire hydrant.

Imagination is one of those things that permits us to enjoy TV shows, for example, even though we know in our minds that their sets are made of plywood and there are dozens of technicians just outside the camera’s frame. We imagine that those actors are really all alone.

Just as I had concluded that imagination is a characteristic only for humans, not for dogs, I looked up and realized I was lost.

It took an extra 20 minutes to wind through unfamiliar streets until I spotted my house just around the bend.

I breathed a sigh of relief, consoled by the feeling that I’d experienced a profound observation. Or maybe I’d just imagined it.