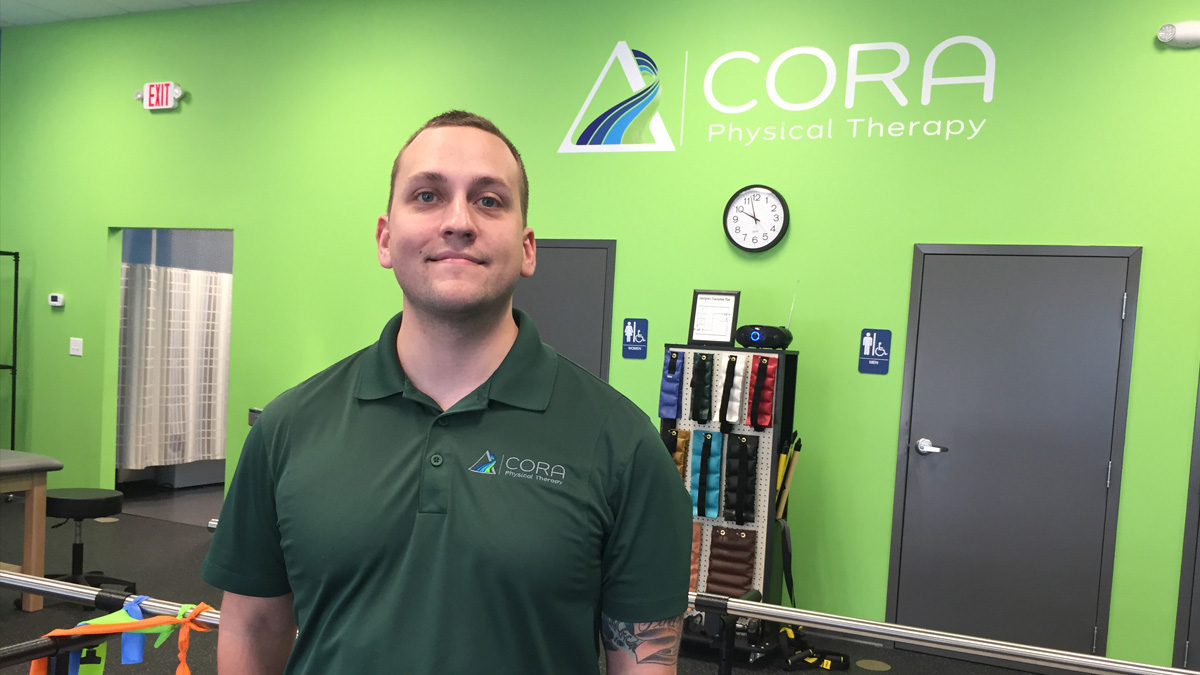 Anyone with a family member living with Parkinson’s disease knows the signs. He or she often moves differently, almost shuffling, with gestures and actions that become smaller and slower. They may have trouble getting around, getting dressed and handling other activities.

“There are different stages of Parkinson’s and there are also different symptoms that people are going to have,” said Eric Adams, manager for CORA Physical Therapy’s clinic in Boiling Springs.

An established, effective treatment known as LSVT BIG has documented for Adams and others improved functioning in people with Parkinson’s, whether fine motor tasks like buttoning a shirt or large motor tasks like getting up from a sofa or chair or maintaining balance while walking.

The treatment improves walking, self-care and other tasks by helping people “recalibrate” how they perceive the amount of effort needed to create a more normal movement pattern, according to Adams and the website LSVT Global.

The LSVT BIG and LOUD programs have been developed and scientifically researched over the past 25 years with funding from the National Institutes of Health.

Because Parkinson’s makes it harder to remember to use larger movements consistently, treatment includes a lot of repetition and progressive challenges, as well as daily home practice and assignments, Adams said.

The standard LSVT BIG treatment spans a minimum of one month, including daily practice and carryover exercises, he said. Once that initial treatment is over, he recommends continuing to practice at least once a day for 10 to 15 minutes, which prepares you to use your new movement skills all day at home or work.

“Treatment-wise, it’s really going to vary, depending on the patient and their individual needs and goals,” he said. “Balance in the aging population is going to be a point of focus with almost anybody. Now that becomes more of an issue in people that have Parkinson’s disease because they’re at higher risk for falls because of how the condition progresses.”

He added, “Exercise is one of the most critical components for managing Parkinson’s. If you didn’t exercise before, you need to now.”

Parkinson’s disease is a type of movement disorder that can affect a person’s ability to perform common, daily activities and eventually, a person’s quality of life. It is a chronic and progressive disease, meaning that the symptoms become worse over time. It is characterized by its most common motor symptoms – tremors (a form of rhythmic shaking); stiffness or rigidity of the muscles; decreased amplitude of movements (called hypokinesia); and slowness of movement (called bradykinesia); but also manifests in non-motor symptoms including sleep problems, constipation, anxiety, depression and fatigue, among others, according to the American Parkinson Disease Association.

An estimated 1 million Americans and more than 10 million people worldwide live with Parkinson’s disease, according to association officials. They said most people who develop symptoms do so sometime after the age of 50, but Parkinson’s disease can affect younger people as well. Approximately 10% of Parkinson’s diagnoses occur before age 50.

Association officials said that while there is no cure, there are a number of treatments that can ease the symptoms. Parkinson’s medications are the mainstay, but physical, occupational and speech therapy can be critical to the treatment plan, they said.

The APDA said that Parkinson’s disease is complex and requires an interdisciplinary care approach, and that a therapist such as Adams is an important part of a care team that provides physical and emotional support.