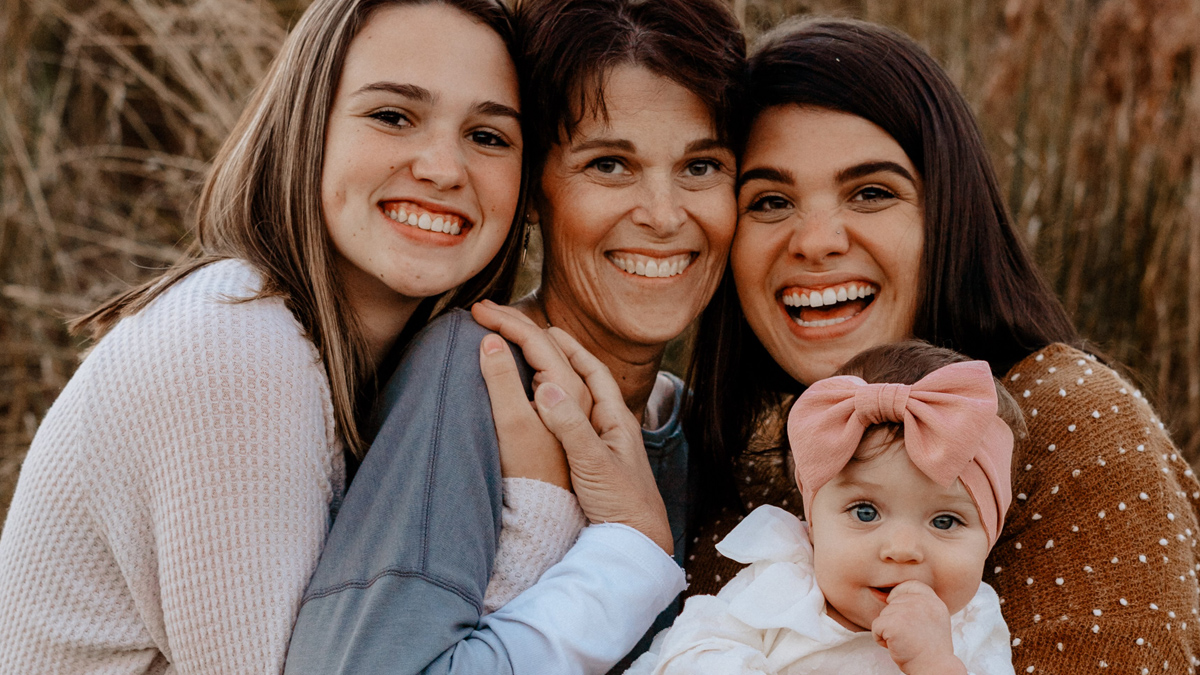 Most people don’t live to see their legacy. However, some people get a peek, even if they don’t know it. Such was the case with Barbara Mowery. The mother, wife and beloved school administrator witnessed her school community uplift her and her family as she fought ovarian cancer.

Ovarian cancer is rough. According to the American Cancer Society, it’s the fifth-leading cause of cancer deaths among women each year. Early diagnosis is rare; the symptoms of early ovarian cancer mirror many common ailments – from bleeding and cramping to back pain. Many women don’t seek treatment for symptoms they’ve experienced since they reached puberty. And while five-year survival rates for a stage 1 diagnosis can be as high as 90%, they drop drastically down to 30% for a stage 4 diagnosis.

Right after Barbara Mowery turned 50, she, like many women, began experiencing symptoms attributed to menopause: abdominal pain and bleeding. At first an annoyance, the escalation of the symptoms sent her to seek treatment from her doctor, according to her oldest daughter, Katherine Jones. A hysterectomy quickly followed, and the pathology report was shocking: Stage 3 ovarian cancer.

It’s a difficult diagnosis for anyone, but particularly so for Mowery. A mother of three, with her youngest in eighth grade at the time, Mowery worked full-time at Fort Dorchester High School. Mowery’s friend and colleague, Karen Pascal said, “I saw firsthand how many people gravitated to Barb and enjoyed being around her. Barb was friends with everyone at Fort: counselors, teachers, secretaries, cleaners, coaches, students, administrators. Literally everyone! She took on additional responsibilities such as chaperoning trips, being the women’s soccer team mom, helping with the football games and so much more.”

“Literally everyone in her life saw her as a maternal figure. They went to her for help and advice and knew they could trust her with anything,” Jones added, pointing out that she also had a bit of a wild streak. “My mom had a potty mouth. She said crazy things. She just had this very big, funny personality. But she could also be so wise, so kind. She was a guide to everyone and fiercely protective of anyone.”

Following her diagnosis, Mowery’s beloved Fort Dorchester community sprang into action. They ordered Wonder Woman shirts, a teal ovarian cancer ribbon in the W. The money raised by the T-shirt sale went straight to the family to help with medical bills, groceries and whatever else they needed. Meal trains were organized, and extra blankets and cushions made their way to Mowery’s office for the hard days during chemotherapy.

It helped Mowery and her youngest daughter, Grace, who had just entered her freshman year at Fort.

“All my teachers were her friends,” she said. “If there was a day where I was quiet, they didn’t even question it. They might ask if my mom was OK, but they never pried. My mom could see all the love she had in her school family, and I felt it, too.”

Mowery’s cancer reached remission after the first round of treatments, but that didn’t last. The cancer returned, and soon there was nothing else that could be done. Jones said her mother “was so positive even at the hardest times. We took her in a wheelchair to shop for Grace’s prom dress. She couldn’t really hold Callahann (Jones’ newborn daughter) but she’d lay beside her and they’d cuddle. It was so special.”

Barbara Mowery – fierce and beloved military wife of almost 30 years, mother figure to anyone who needed her and proud grandmother to baby Callahann – lost her battle to ovarian cancer in January of 2022. The Fort Dorchester community again sprang into action, this time to care for Mowery’s family. There were more meal trains for Grace and her father. Grace’s high school soccer team had Mowery’s initials written in teal on their practice jerseys and dedicated the season to her.

And then there was the funeral. Held on a teacher workday, the auditorium at Seacoast Church was full to bursting with the entire Fort Dorchester community.

“It was the entire staff and a crazy amount of students,” Jones said. “There were students there who graduated with my husband, who’s a year older than me. People we didn’t even know she knew came. They wore their Wonder Woman T-shirts, too.”

She added: “Toward the end, she’d ask us, ‘What legacy am I leaving? I didn’t do anything big with my life.’ But look at her funeral. Her legacy is a room full of a million stories of how she impacted people’s lives. Hers was a legacy of love, and what more can you ask for than that?”