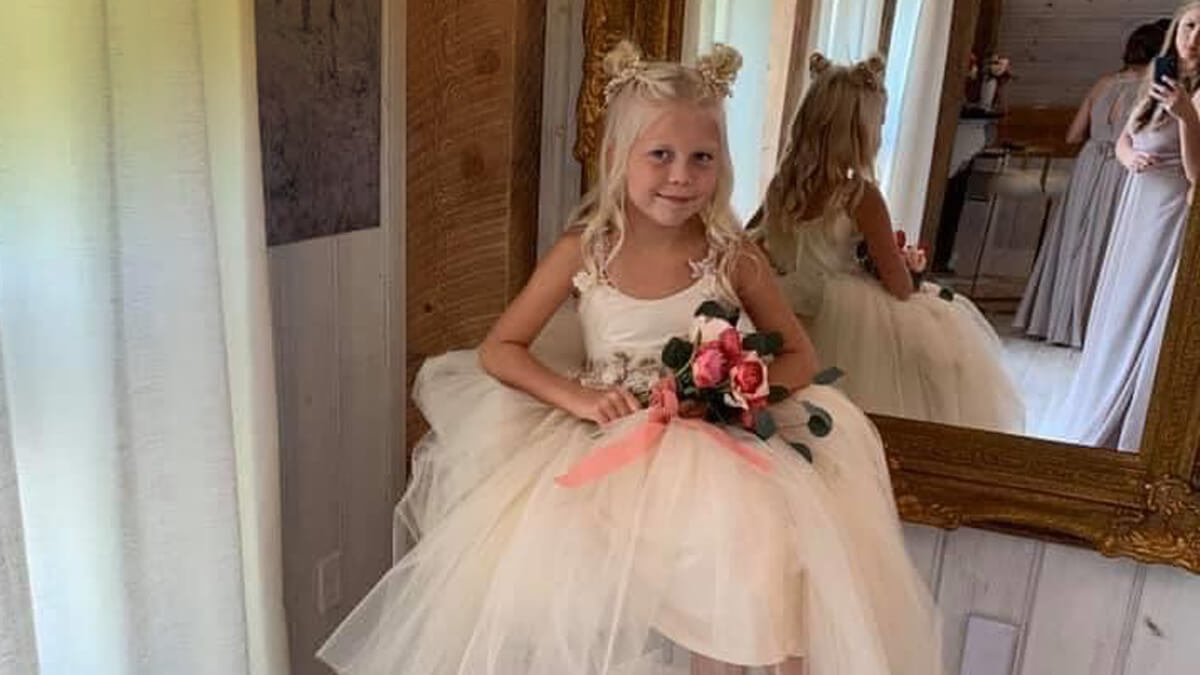 Rhoda and her husband, Jeff Woodard, both natives of New England, met more than two decades ago and quickly fell in love. Eventually, the couple moved to upstate South Carolina — a place they already knew and cherished — and continued to grow their now-large family. When their daughter, Ava, was born as number eight of 10 children, she was already special, according to her mother. Wise beyond her years, a fiercely loyal friend and sibling and with a naturally happy disposition, everyone loved Ava dearly — and Ava, a true people person, loved them right back. Though no one could have guessed the power of Ava’s life at first, everyone she touched, from family to friends to teachers, will never feel the same after knowing her.

Rhoda Woodard recalled all memories with her family with the anticipated fondness of a mother. She and Jeff and the kids — and now grandkids – value spending quality time together, from swimming to traveling to just being together. Though none of that has changed, the Woodards now bear a hole in their family fabric. Ava passed away in late 2021 from a tumor known as diffuse intrinsic pontine glioma, or DIPG. She was 11 years old.

During the summer of 2020, Rhoda noticed her daughter squinting and took her to see the eye doctor. Ava had been diagnosed with pediatric arthritis before that, and, since arthritis can spread to the eyes, everyone wondered whether it was to blame for Ava’s suddenly diminishing sight. But an MRI at Greenville Memorial Hospital, ordered by the eye doctor, showed a mass on Ava’s brain. The family was directed across the street to see a pediatric neurosurgeon, Dr. Earl Troup, where they received the devastating news that Ava had a DIPG.

“I could hardly breathe at that point,” Rhoda shared. “You have this perfect little girl in front of your eyes, and they say have just nine to 12 months more with her, even with radiation. My husband found me on the floor of the closet, praying, asking God if I could just be a more perfect person, would He let me keep her?”

The family soldiered forward, Ava included. Arrangements were made for clinical trials, though they were not guaranteed to help. Through the Facebook group Ava’s Army, which the family created after the diagnosis, Rhoda and Jeff discovered something called a CED trial, consisting of a catheter placed on the brain stem to pump chemotherapy directly to the brain. This was following the 32 rounds of radiation therapy that Ava had already endured, shrinking the tumor 70% and giving the family cautious hope. “We knew the CED wasn’t a cure, but we thought it might buy even more time,” Rhoda said.

They headed to New York Presbyterian Hospital, prepared to stay a while, which they did, for three weeks. After that, another trial was on the docket, this one in Atlanta. Known as the ONC2o1, the process involves administering an oral drug to cancer patients which would “kill cancer cells but not normal cells,” according to the U.S. Library of Medicine.

“Another MRI showed Ava was progressing, so she was taken off the ONC201,” Rhoda said, adding that some of the other children at the trial showed marked progress but that Ava’s mutation was worse.

Ava lived for a total of 17 months from the time of her diagnosis to her death in December 2021, five months longer than the maximum timeline predicted. While those 17 months were fraught with anxiety and sadness, there also was a great deal of joy. Rhoda admitted that “you can’t prepare yourself” for anything like losing a child, but the Woodard family certainly tried. They planned trips to places Ava would enjoy, such as LEGOLAND, Times Square and Myrtle Beach. They installed a swimming pool. They bought a golf cart. Ava’s birthday party was circus-themed, and she was honored by the town with a parade. But most of all, Rhoda said, Ava’s own remarkable bravery and positivity is what moved the entire family forward.

“She was so faithful – we talked about it every day,” Rhoda said. “She talked a lot about heaven. She knew she was dying, and she wanted to go there.”

Ava passed away at home on Dec. 17, surrounded lovingly by the entire Woodard family. Rhoda explained that she gave all the kids a choice on whether they wanted to be present – and they all did. Soon after Ava’s peaceful departure, Rhoda phoned Ava’s former kindergarten teacher, Alaina Fowler, and asked a special favor: Would she sing at Ava’s service? The two had had a special bond in the classroom years earlier, and Alaina’s beautiful singing was sure to uplift the hearts of everyone in attendance.

“Ava is the first student I have ever lost, and it was harder for me than I could have imagined,” said Alaina. “She was different. She was spunky but had a sweet soul. She was more mature than the other kids. I taught her how to read and count, but she taught me so much more and opened my eyes in many different ways.”

“I am so grateful I had the chance to be her teacher,” she added. “She’ll forever be in my heart.”

As you read this, Rhoda is grateful for the support of her husband, children and grandchildren since Ava’s passing. She and Jeff are closer than ever, and she’s slowly finding herself doing the things she always loved: watching the kids play sports, cooking and staying busy. Eventually, she said, she wants to do her part in spreading awareness about DIPG, but, for now, she’s content “working on the family God gave her first.”

“Life is different now,” she admitted. “We talk about her — we are all still learning how to live without her. I cry every day. … but I laugh a lot, too.”