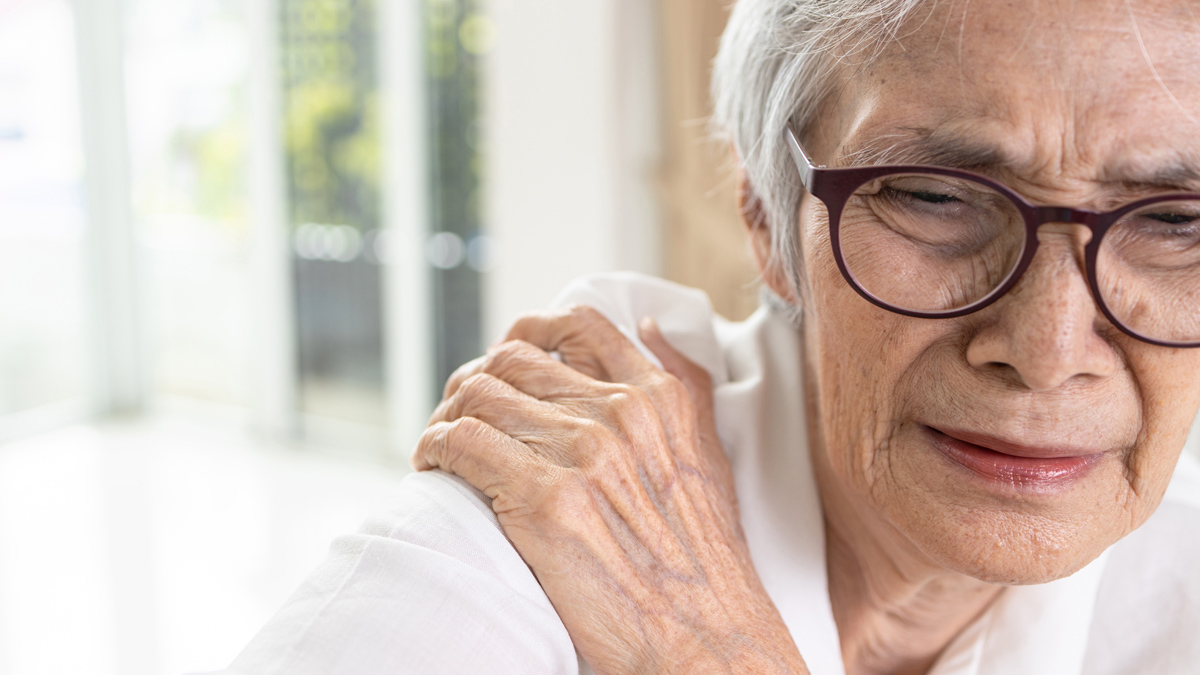 Orthopedic specialists can’t say for certain what causes a painful and lingering condition with the ominous appellation of frozen shoulder, but they agree that the nagging problem can take up to a year or more to go away and that there’s a decent chance that it eventually will return.

Also known as adhesive capsulitis, frozen shoulder is an inflammation of the lining of the shoulder joint. It can be caused by a major or minor injury, or it possibly can result from the shoulder being immobilized for an extended period of time after surgery.

“The lining gets thicker and thicker. It should be like an old, worn T-shirt, but it turns into a really thick sweater that limits your motion,” explained Michael Hoenig, M.D., who is with Carolina Orthopaedic & Neurosurgical Associates in the South Carolina Upstate.

Dr. Hoenig said there are three distinct phases of frozen shoulder. During the freezing stage, the joint is irritated and inflamed, and range of motion becomes limited, followed by the frozen stage, where the shoulder becomes stiffer and more difficult to move. Finally, the thawing stage arrives, the pain starts to gradually diminish and the shoulder begins to become useful again. That, however, can take from a couple of months to a few years, Dr. Hoenig said, adding that, for most people, the condition eventually will subside.

Some type of treatment is usually necessary, though. Dr. Hoenig said he usually starts by prescribing anti-inflammatories such as ibuprofen, naproxen or celebrex. A few months of physical therapy aimed at stretching the shoulder and increasing range of motion also is helpful, and Dr. Hoenig said he might give a patient a cortisone injection as well, which can provide significant pain relief while the range of motion slowly improves with time and therapy.

If these treatments don’t work, surgery, preceded by an MRI, would be an option, though Dr. Hoenig said only about 10% of the people who suffer with a frozen shoulder require a trip to the operating table. Once the patient is sedated, the surgeon manipulates the shoulder, stretching it to increase its range of motion. If there are other issues, such as large bone spurs, bursitis or rotator cuff tears, these can be addressed at the same time with arthroscopic surgery, which requires smaller incisions than traditional surgery and, hence, shorter recovery times.

Aggressive physical therapy for a month or two after the manipulation or surgery is necessary. Dr. Hoenig said the patient usually sees significant improvement within a few days and is generally back to normal in two to three months.

Adam Schaaf, M.D., with Lowcountry Orthopaedics, agreed that the combination of anti-inflammatories, physical therapy and cortisone injections works for most patients with frozen shoulder. He said rather than manipulation, he depends on arthroscopic surgery for his patients who require surgery.

“We consider it to be safer,” he said. “When you pull on the shoulder, you can’t control what rips or tears. With arthroscopic surgery, we’re looking at it with a camera.”

Dr. Schaaf added that “experimental type treatments” have shown positive results, such as shock wave therapy and hydrodistension, where a mixture of saline, a local anesthetic and a steroid is injected into the shoulder.

As painful and debilitating as a frozen shoulder can be, the issue affects only 2% to 5% of the population, Dr. Schaaf said. It’s more common in women – though neither orthopedic specialist could say why – and in people with diabetes or thyroid issues. And the bad news for those who must deal with a frozen shoulder is it’s possible that the condition will come back.

“We’ve definitely seen cases where if you have it on one side, you are more likely than not to get it on the other side,” Dr. Schaaf commented, adding that the likelihood that it will return in the same shoulder “is not high, but it can happen.”

“If you had it once in either shoulder, you are more likely to get it again or in the other shoulder,” Dr. Hoenig added. “You typically get it in both sides over time.”

Is there anything you can do to avoid the pain and discomfort of a frozen shoulder?

“If you are diabetic, keep sugars under control,” Dr. Schaaf concluded. “And we see it after shoulder or breast surgeries. Moving your shoulder as much as you can is thought to help.”