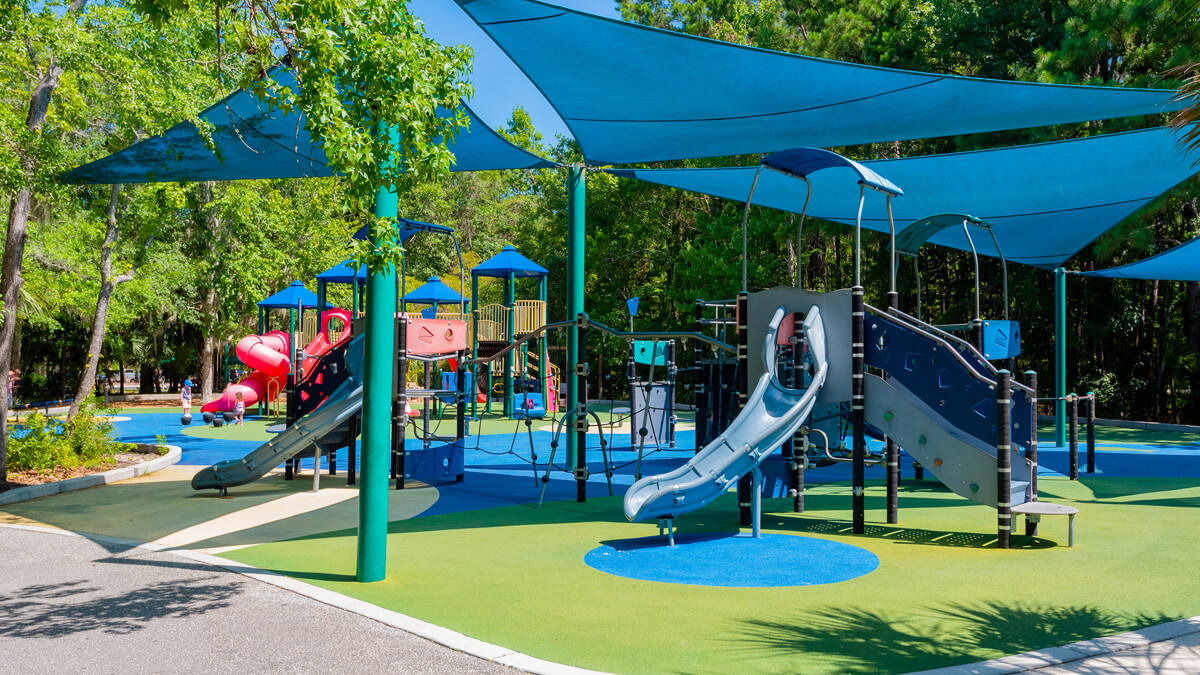 Under the 2010 Americans with Disabilities Act, playground equipment and facilities constructed or altered on or after March 15, 2012, must comply with strict standards for accessible design. As cities and towns all over South Carolina get with the program, Charleston County Parks & Recreation Commission is a great example of proactive compliance. Not only does it have certified ADA coordinators on staff but the Commission created an Accessibility Advisory Committee to provide valuable feedback.

Steve Hutton, director of recreation and ADA coordinator for CCPRC, has been tasked with leading this effort and pointed to its transition plan that addresses barriers to access at its sites and facilities.

“While we must have a written plan in place for fixing them, there is no stipulation on how long we have to complete those changes,” he explained.

CCPRC’s current plan to rectify all deficiencies spans 11 years to the tune of $4.5 million. Realistically, this will be completed in stages, with more complex projects such as major playground upgrades relegated to later in the time frame.

“There are items we can accomplish fairly quickly, and we are integrating those recommendations into our existing five-year Capital Improvement Plan so that anything we construct or renovate now is ADA compliant,” Hutton said.

The Dunes House in the Folly Beach County Park is a great example. Destroyed by a hurricane in 2011, CCPRC reopened it in 2020.

“This is one of the most accessible facilities we have recently reconstructed in an area that presented its own set of challenges, considering it’s on a front-facing beach of a barrier island with environmental protections in place,” Hutton explained.

CCPRC operates three major playgrounds at James Island County Park, Palmetto Islands County Park and Wannamaker County Park. The first two have been renovated relatively recently with an eye toward accessibility. Hutton said Wannamaker is on their radar for renovations, too, although those have yet to be funded.

“We were already a destination for special needs children because of our field, and so we raised the money for an inclusive playground that would solidify that purpose. We have a covered pavilion that can be rented for parties. Kids of all abilities can play side by side with a peer or a sibling,” she said.

Dean revealed that the Upstate facility was the first boundless playground in the area, which means it has 70% handicap accessibility. For example, all slides have ramps leading up to them, and there are visual components in place such as enlarged tic-tac-toe boards where kids can match up animals and letters. Pieces that move and are interactive are tailor-made for those with cognitive disabilities.

“The surface of the playground is extremely important if you have people in wheelchairs,” she added. “The idea was not only to allow all kids to play but to give a parent in a wheelchair access to catching their child at the bottom of a slide.”

Dean is encouraged by the changes she has seen. She remarked how Spartanburg’s park set off its own chain reaction. “First a church called to see how we did it, then the next town over,” she said. “We built on park property, and we have a wonderful partnership with the local parks department, and they started to incorporate aspects of inclusive play in their other facilities.”

“The idea was a recommendation from the audit of our facilities but not a requirement,” she explained. “We are committed to going beyond compliance, so we took it seriously and implemented it quickly. They now have a panel of 10 members that includes a diverse range of applicants representing disabilities (such as ambulatory, auditory, visual, cognitive, self-care and independent living), including individuals with disabilities, medical advisors, caretakers and parents, each in place for a term of two years. The goal was to have the committee serve as a bridge between our organization and our local disability communities to provide feedback on our services and programs and make recommendations to us for inclusion.”

Registering for an event online, booking a facility or taking a class are some of the ways committee members can audit CCPRC’s accessibility efforts. Hoover gave an example of a guest wheelchair upgrade planned for the McLeod Plantation Historic Site.

“A couple of advisory members went there, used the existing model and gave us advice on what to buy next. After all, they are the experts on improving accessibility,” she said.

Hutton also communicated that one of CCPRC’s goals is to share resources with its municipal partners. To that end, all information the Commission received from its ADA accessibility audit can be found at ccprc.com/1482/Accessibility-ADA-Compliance.