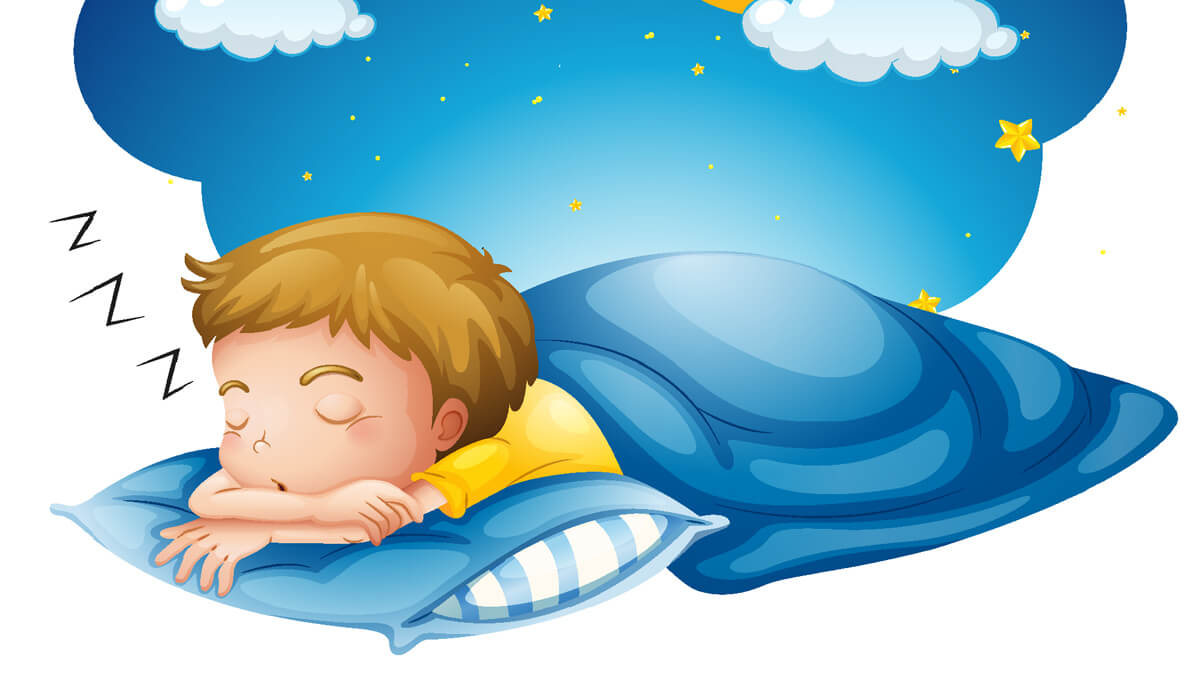 Sleep apnea and sleepwalking are two different disorders, but both affect children and can be concerns for parents.

Dr. Concetta Riva is a pediatric pulmonologist and director of the pediatric sleep program at the Medical University of South Carolina. She is board-certified in sleep medicine and works exclusively with children.

Sleepwalking is fairly common in children, explained Dr. Riva, particularly before puberty, occurring in 29% of children, usually between the ages of 2 and 13, according to the Sleep Foundation.

While sleepwalking can be hereditary, it can also be brought on by a number of outside factors, according to the Cleveland Clinic. Lack of sleep, interrupted sleep, extreme fatigue, illness, stress, medication, going to bed with a full bladder or changes in sleep environment can all contribute to occurrences of sleepwalking.

“Safety precautions are the most important aspect of the discussion we have with parents, aside from reassuring them and discussing possible triggers and safety precautions,” explained Dr. Riva.

Sleepwalking episodes typically occur during the first half of the night, when the child is in non-REM sleep, and can last from just a few minutes to as long as 20 minutes, she said. Her advice to parents is to simply guide their child back to bed.

“Children are difficult to wake when they sleep, and it’s not necessary that parents wake them unless the child is in a dangerous situation,” she said.

While they sleepwalk, children can do strange things, Dr. Riva explained, such as urinating in a closet because they are asleep and don’t have a good sense of the geography of the house.

The main concern parents have, she said, is that their child is not getting good sleep at night because they are sleepwalking – but that’s not the case.

“From the child’s perspective, sleepwalking does not affect their sleep,” Dr. Riva said.

Typically, a child will have a sleepwalking episode a couple of times a week, in the first half of the night, and, as they grow older, episodes will become less frequent and grow shorter.

If sleepwalking episodes occur every night or multiple times a night and don’t resolve with age or if they are accompanied by other issues, that could be an indication that something else might be going on, said Dr. Riva.

There are some simple steps you can take to try to prevent or reduce your child’s sleepwalking episodes. The Cleveland Clinic advises cutting back on liquids and avoiding giving your child caffeine before bedtime because a full bladder can cause a child to sleepwalk. Dr. Riva suggested removing caffeine from your child’s diet altogether. Keep a regular sleep schedule for your child, and make sure his or her bedroom is quiet, dark and comfortable.

You can take safety precautions to protect a child who sleepwalks. First, make sure all doors and windows are secured so your child doesn’t get outside. Check for any sharp edges or objects in your child’s bedroom and around your home. For toddlers, install safety gates in your child’s room and at the top of any stairs. Eliminate clutter from floors so your child doesn’t trip and fall while sleepwalking. Keep car keys out of reach and secure all weapons. You can also turn down the temperature on your water heater to prevent scalding.

The most common type of sleep apnea in children occurs when there is an obstruction in the upper airway. Signs of sleep apnea include snoring, noisy breathing, mouth-breathing, restless sleep and waking up tired and remaining tired for the rest of the day. Younger children can also have behavioral issues and hyperactivity instead of being tired, Dr. Riva explained. In addition, they can have difficulty gaining weight, though teenagers with sleep apnea tend to be overweight. Children with certain genetic conditions such as Down syndrome or other conditions associated with craniofacial abnormalities are also more at risk of having sleep apnea.

But just because children snore doesn’t necessarily mean they have sleep apnea.

Sleep apnea can be diagnosed through an overnight study in a sleep lab, where multiple physiologic parameters are measured. Typically, home sleep studies are not done with children because the child would be unsupervised.

Sleep apnea can be mild, moderate or severe, depending upon the number of episodes a child has. Treatment varies depending on the severity. For mild cases, nasal decongestants are recommended to help open the upper airway. For moderate to severe cases, if the child has enlarged tonsils or adenoids, removal would be advised. If they don’t, a continuous positive airway pressure machine would be recommended.

Sleep apnea in children can resolve on its own, particularly in mild or moderate cases, explained Dr. Riva, because, as the child grows, the airways become bigger and more open, allowing them to breathe more easily.

If you have concerns about sleepwalking or sleep apnea in your child, contact your child’s pediatrician. 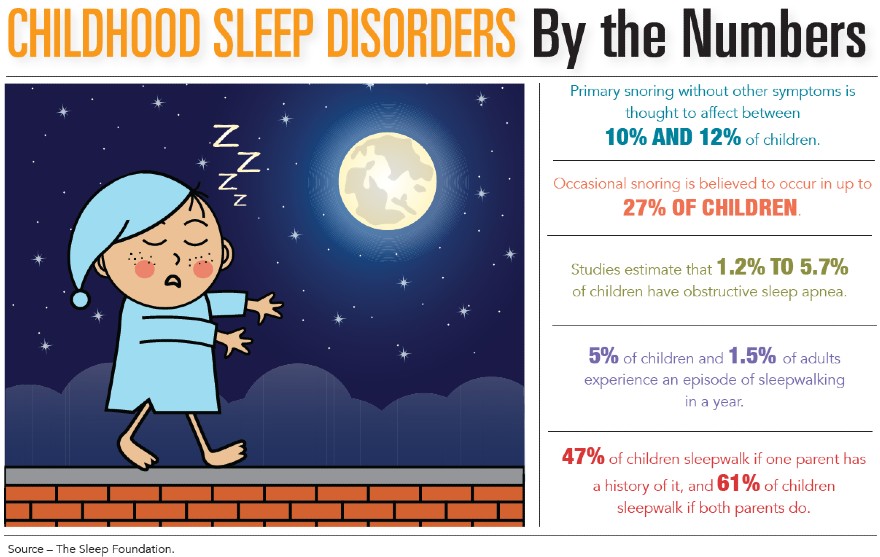