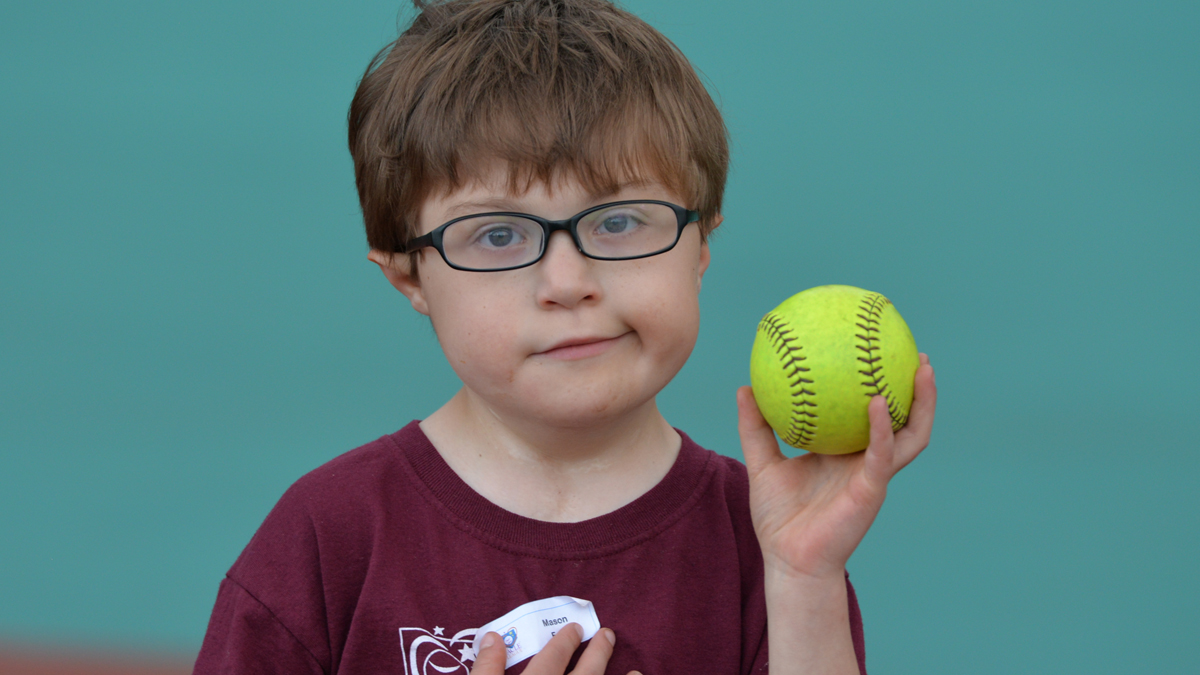 Whack! The crowd cheers as young Johnny runs the bases after getting a hit at his little league baseball game. He makes it all the way to third base, and his parents beam from the bleachers with pride while cheering and chanting his name.

For an able-bodied child, this scenario could be quite common and may even be taken for granted. But for parents of disabled children, seeing them play baseball would seem like an absolute dream.

The Carolina Miracle League, located in Spartanburg, happens to be in the business of making those dreams come true. This nonprofit organization’s vision is simple. They just believe that every child, no matter what mental or physical challenge they might face, should be able to play baseball.

Executive Director Pam Dean, who is also the mother of a special needs child, believes wholeheartedly in the power of baseball and its ability to change the lives of these children for the better.

“It’s an opportunity for them to gain confidence and skills,” she explained. “Baseball is a sport they can adapt to. We have noticed that when the kids play baseball, it carries over to other aspects of their lives, even the classroom. So many teachers have told us of the positive change they see in the children who play.”

The games are played with the assistance of a volunteer “buddy,” people from all walks of life, and every child who plays is assigned a buddy when they step up to the plate.

“The buddy will help them with their swing and with getting into position at bat. They run the bases with the child, and keep them from getting hit by the ball,” Dean explained.

She said she has heard about children who later see their buddy out and about and recognize them.

“They become their friend. That peer interaction is so important,” she said.

In order for all this to work, however, there has to be a “Field of Dreams.” The Carolina Miracle League raised $1 million after being granted permission to build a special field in 1998. The custom-built baseball field opened nine years later in 2007. Surrounded by a 10-foot fence, some of its features include a rubber surface and bases painted on rather than raised. There are restrooms specifically designed for people with disabilities and a playground that Dean said is “better than ADA approved.”

The baseball seasons start twice a year, both in September and March, and run for eight weeks. The games are played once a week for one hour. There is a $40 registration fee, but Dean said each team requires a sponsor to help cover costs.

“We have parents who drive their kids here from all over to be a part of this,” she said. “It’s amazing to see.”

Children who have mental and physical disabilities that hinder them from playing on a regular little league baseball team are eligible to participate in the Carolina Miracle League.

The League hosts two events during the year specifically for disabled children – an annual Trunk or Treat event around Halloween and an egg hunt at Easter.

“They are both very accepting events for children and teens with disabilities,” Dean said.

The Carolina Miracle League moved into its new office this past May at 828B East Main St. in Spartanburg.

“This office is in such a great location. 22,000 cars a day pass by, which brings awareness in and of itself,” Dean said.

She concluded: “All children should be able to play baseball. It has been a pleasure to watch these kids enjoy the game and to see them smile.”

The eight-week spring session begins the week of March 23, 2020. Registration takes place between Jan. 20 and Feb. 10. For more information about the Carolina Miracle League, visit www.carolinamiracleleague.org or call 864-641-7739.