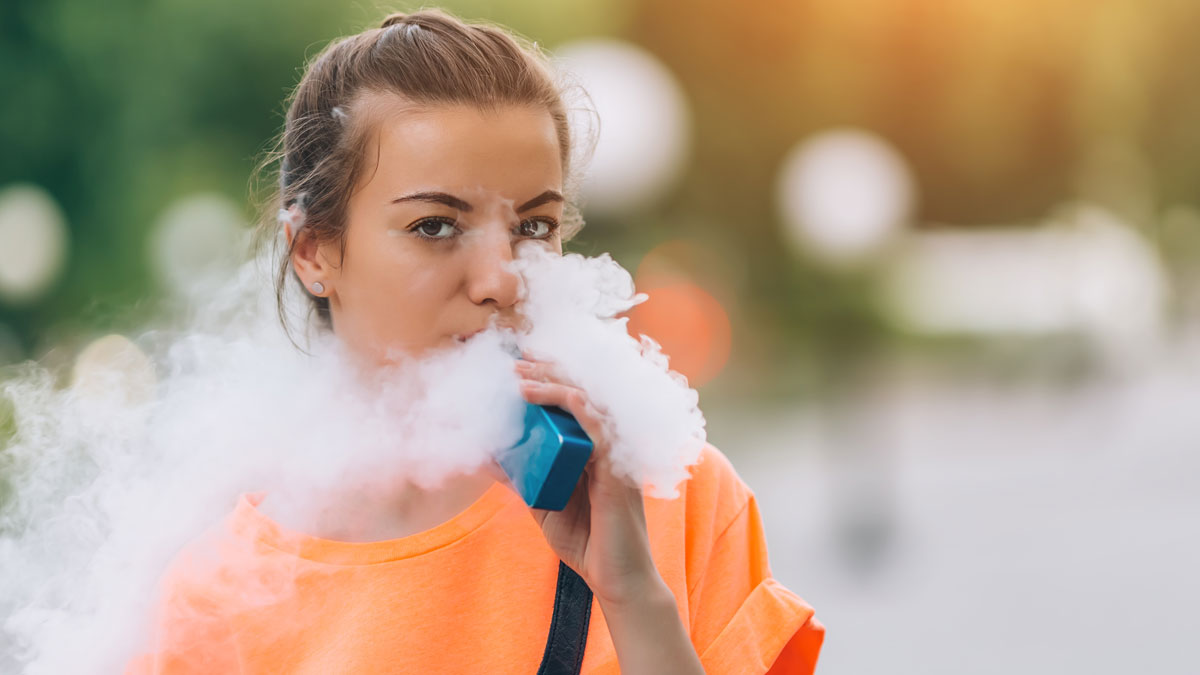 Long about 1993, when the nicotine patch was introduced as a way to help smokers quit, a story made the rounds about a fellow who tried to kick the habit. Asked by a friend how the patches were working for him, he replied, “Not that great. They’re really hard to light.”

Nicotine patches are still around, of course, and used with varying degrees of success, as are other anti-smoking aids such as nicotine tablets and lozenges.

In 2004, a Chinese pharmacist patented his own take on an old technique dating back to antiquity – inhaling vapors infused with medicinal herbs. He had created the first viable non-tobacco e-cigarette.

(Side note: In the early 1990s a similar system had already been invented in Amsterdam, but that one was a bulky tabletop contraption developed to vaporize marijuana!)

The success of the pocket-sized, portable e-cigarette was almost immediate. Introduced in the United States around 2007, e-cigs immediately attracted millions of smokers eager to quit or at least to get the nicotine “hit” they craved without suffering the social opprobrium brought about by their creating clouds of often offensive and even noxious smoke.

To date, the results for e-cigarettes as a smoking deterrent are mixed, although several authoritative studies have indicated they are at least better than a placebo.

So, what exactly are e-cigarettes, and why have they become so controversial in recent years?

The principle behind them is simple. A battery heats a liquid – generally infused with nicotine and frequently with pleasing flavors from mango to mint to exotics such as crème brulee. That heating vaporizes the liquid and the user inhales it through a small, hand-held device often resembling a tobacco cigarette, exhaling not tobacco smoke but a rapidly dispersed vapor that’s largely water. Hence the term “vaping.”

What could be wrong about a technique that gives smokers what they want – even need – without exposing them to the thousands of dangerous chemicals in cigarettes and without creating dangerous secondhand smoke?

Not all the science is in on e-cigarettes, but researchers contend that the vapor contains not only nicotine, with an average e-cig delivering as much as an entire pack of cigarettes, but also toxins that include formaldehyde and benzene.

All of this might well generate some concern in its own right. But the real controversy arises from the growing population of young people drawn to e-cigarettes, often without understanding what they actually are and what specific health issues they may create for them.

Dr. Justine DeCastro, a family medicine physician at Sewee Family Medicine, East Cooper Medical Group, said “The FDA does not regulate the devices or the contents of e-cigarettes, so we have no idea what is truly in them and no good data on long-term outcomes from using e-cigarettes either. We do not yet know the consequences of chronic inhalation of e-cigarette vapor.”

Dr. Michael Fields, a pediatrician with the Children’s Hospital of Greenville Health System said, “Fundamentally, you’re burning a volatile organic compound the way you burn gasoline in your car. You expect your car to process that fuel before it goes out in the exhaust. But, here, you’re just breathing it in. Despite what the manufacturers suggest, the mist that comes out of an e-cigarette isn’t water vapor. It’s filled with carcinogens and other toxic material.”

Almost by definition, children and young adults are pleasure seekers and risk-takers. And, they tend to want the very things that adults tell them they can’t have.

It stands to reason. E-cigarettes are “cool.” They are easy to conceal. The most popular by far, the JUUL, doesn’t even look like a cigarette and fits in the palm of the hand. They don’t create any lingering telltale smoke. And mom, dad and teachers won’t even notice them.

Dr. Fields noted, “Another thing that’s attracting kids is the perception that they are tricking adults because some e-cigarettes are designed to resemble common household objects such as a pen, a flashlight or a USB drive. There’s an aura of hiding them from adults and getting away with it.”

Many states ban the sale of e-cigarettes to minors, and most conscientious merchants require a photo ID to buy them. But if other “adult” items such as beer and liquor are any barometer, it’s going to take a lot more than finger-wagging or skirt-able laws to keep kids from hanging onto their e-cigs and, unfortunately for some, suffering adverse health consequences or moving on to puffing regular cigarettes just like so many of their addicted elders.

“If all you did was smoke e-cigarettes, that might be less dangerous than smoking tobacco cigarettes in the long term, but I believe that e-cigarettes are definitely a gateway to getting young people to smoke other products,” Dr. Fields explained.

What can parents do? Dr. DeCastro emphasized awareness and communication.

“Be Informed. Do you know what vaping, juuling and dripping are? How about a pod-mod or HNB? Be open with your kids and have open conversations about e-cigarettes and vaping. They have likely seen other kids using them. Support laws that restrict e-cigarette marketing and advertising to youth and ban flavorings, similar to strategies used to reduce tobacco use by youth.”

(Editor’s note: At the time of publication, the FDA was pressing for several new regulations on e-cigarettes, focusing on eliminating specific flavors aimed at teens and cracking down on sales to minors.) 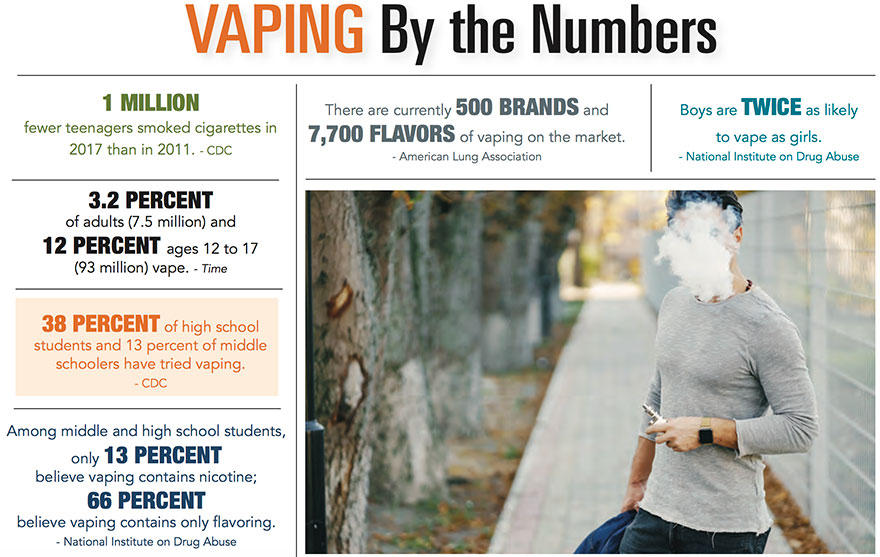