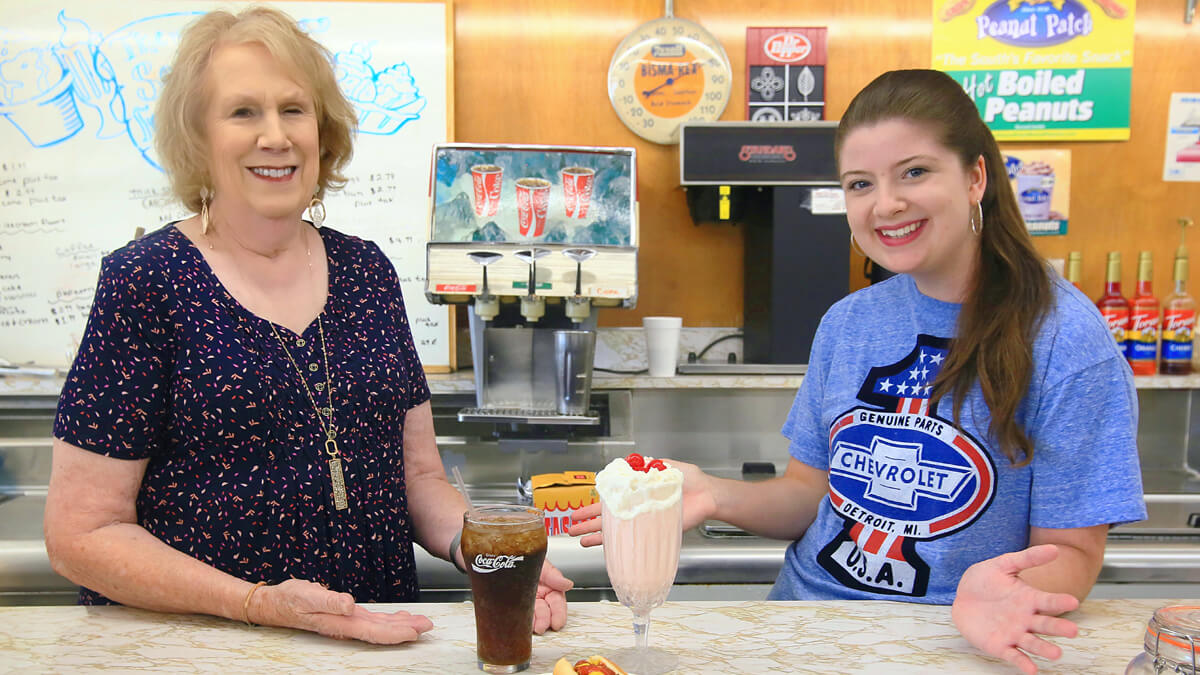 When Kempson Rexall Drugs opened its pharmacy and malt shop in the mid-1960s in the heart of Main Street in Inman, it was only one of many of its kind across the United States.

Having existed in one form or another since the beginning of the 20th century, Rexall had just been renamed and relocated by new owner Dr. Fred Kempson; its combination ice cream parlor, pharmacy and soda bar was not only reminiscent of the 1950s, it was often a first choice for lunch by many Inman locals and other nearby residents in Spartanburg County.

It was also a slowly dying breed. By the mid-1970s, partly due to rising sales of commercial ice cream, soda bars across America were quickly going the way of the dinosaur. But Kempson Rexall Drugs held on, through the 1980s, the 1990s and into the 21st century.

By 2012, Kempson’s had lasted so long that soda bars were now undergoing a nationwide revival in places such as St. Paul, Minnesota, San Francisco ’s Cole Valley and here in Inman, all playing on the popular idea of what soda bars from the 1920s to the 1950s had once been.

“Our research shows that Kempson’s soda fountain has been continually running here since around 1905,” said Marianne McElveen, pharmacist with Kempson Rexall Drugs since 2002 and new owner since August 2021. “And history points to the fact that the pharmacy here today traces its roots back to the first pharmacy and soda fountain in Inman.”

Kempson’s has now even outlasted some of the revival soda bars. All the while, Inman’s population, which has grown from around 1,500 to only 2,500 or so since 1950, keeps coming for the same tasty lunches, the same yummy shakes and the same friendly neighborhood people.

And the pharmacy is still close by.

“We have a small display case with items used in the pharmacy from days gone by,” McElveen said. “Our older patrons enjoy reminiscing about these items, while our younger ones enjoy learning about their history. And everyone, young and old, truly love that they can step back in time when they come to get their prescriptions filled.”

Daniel and Kim Rhymer are two of those patrons. They travel 20 miles from their home in Cowpens to get lunch at Kempson’s.

“We love the nostalgic feel of the pharmacy that still has a soda fountain in operation,” Daniel Rhymer said.

Longtime Upstate resident and patron Susan Hammersley added, “The pharmacy/soda fountain has that hometown feel where people know your name and kindness is still a way of life.”

And Inman locals Ray and Donna Rogers said they never miss a chance for “the hot dogs, the milkshakes and, of course, the people!”

Who knows? By the year 2112, Kempson Rexall Drugs could very well be America’s last original soda shop. But even so, it will still be giving people what they have always wanted since the time of the Wright Brothers.

“I don’t think you can put a time frame on what we offer,” McElveen said. “To me, Kempson’s is sort of like math. It lasts because its formula works every time and with every generation of people. And we’re getting more new customers now than ever before.”