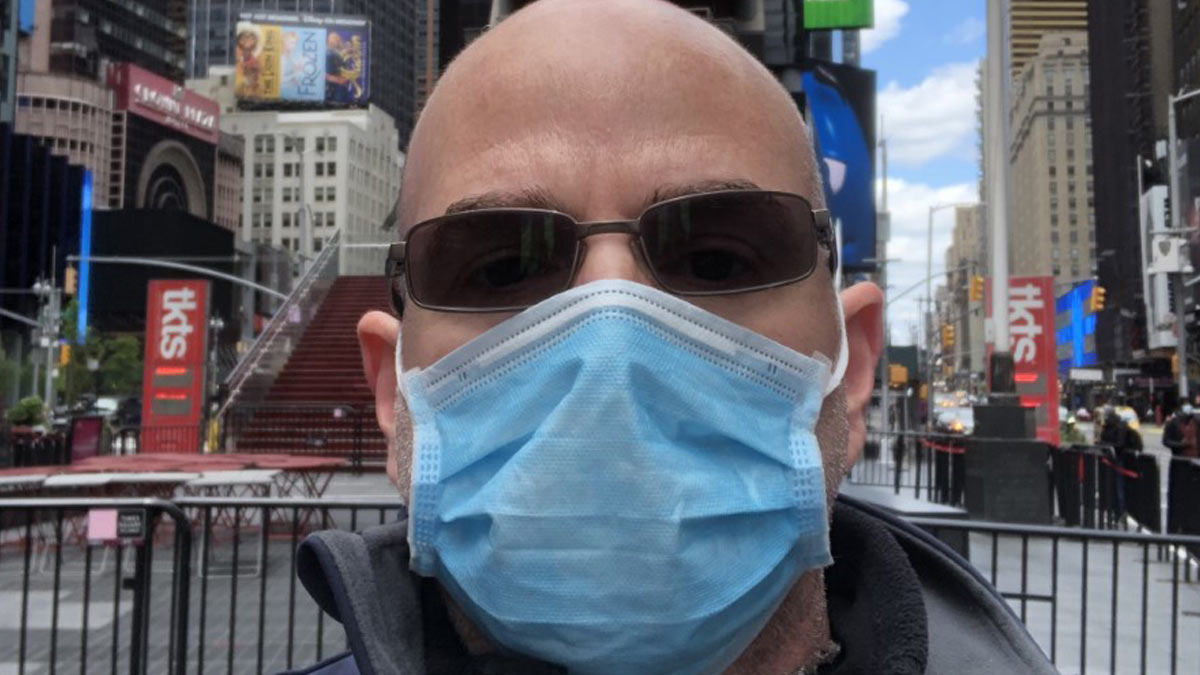 Back in the spring, it seemed logical that densely-populated New York would be a hot spot for the coronavirus. When the call went out for help, three local nurses answered. But, now, with South Carolina sitting in its own hot spot, these nurses are facing a feeling of déjà vu, and they have some important lessons for South Carolina. 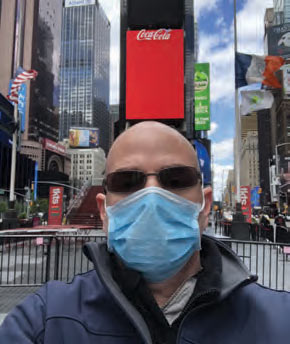 D’Eugenio is on his third career. He started as a wildlife biologist and then was a high school science teacher before he went into nursing. He was in New York at a Yonkers hospital from mid-April to mid-May.

HealthLinks: Was there anything that surprised you?

D’Eugenio: “We were pretty slammed at first, and they opened a new section of the ICU and there were ICU patients on ventilators living in the ER because they didn’t have any more space there. I had gone to New York a bunch as a kid, and I was walking around lower Manhattan and there were no cars; no traffic. It was on complete lockdown. That’s why their numbers dropped.

“What surprised me the most is the sheer number of people who were infected with this, whether they were really sick or not. People would come in for seemingly unrelated issues and they would do a chest X-ray, and it would show something funky with their lungs. People would have no idea they had coronavirus; they were just sick.

“Also, the teamwork. The staff had just been through an absolute nightmare, and many had been sick themselves. But when they got better, they came back to work, just trudging along doing what they had to do. It was inspiring.”

HealthLinks: What was the worst thing about your time there?

D’Eugenio: “The worst thing was one of the ER technicians. He had come down with COVID and gave it to his 7-year-old child, who died. It happened one of the weeks that I was up there. I actually had never met him, but we got the news from our manager that he was not going to be coming back in to work. It was obviously very upsetting to staff members who knew him well.”

D’Eugenio: “I think if you can take a big urban area with a high population density like New York City, and you can get all of those people to shut down the city entirely, for them to go from the global hot spot to now these things sort of normalizing, then Charleston could do that. We’re kind of approaching critical mass at our hospitals now where we are starting to worry where are we going to put everyone. There was an adult put in the children’s hospital because there was no room in the adult hospital.

“Our census is back up. I see people coming in for a gall bladder surgery, and we swab them because we swab everybody now, and they’re coming back positive.

“I’m not sure we prepared as well as we could have while we were watching this stuff happening in other places, so we’re more reactive than proactive. We’re sort of reinventing the wheel. And I feel like I still go to places and see people not masking up and not social distancing.” 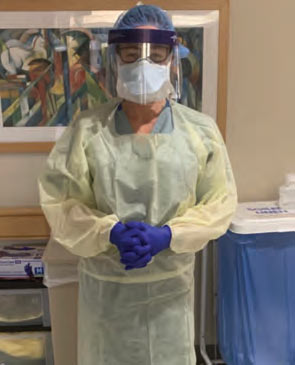 Klein started as a dental hygienist but went back to school for her bachelor’s and then her master’s in nursing. She works in two major hospital systems as well as for some private doctors. She worked at an 800-bed hospital on New York’s Lower East Side for much of April.

HealthLinks: Was there anything that surprised you?

Klein: “Nothing I have ever been through can even compare to it. I feel like as stressful and crazy as it was, I never had to fear for PPE, never had to make difficult decisions like who gets the ventilator. I’m very thankful because I’m sure I would have had serious PTSD if I had to make those decisions. I had been in open heart ICU before anesthesiology school, but most of the nurses there were used to healthy recovery type patients who go home in a few hours.”

HealthLinks: What was the worst thing?

Klein: “The hardest thing was seeing people younger than I am who had no known health issues prior to this, like the woman who was 35 years old and died. There was some, ‘Why her and not me,’ stuff like that.”

Klein: “I can’t even tell you how frustrating it is to be a resident of this state at this point. This was all so foreseeable; that’s what makes it so hard for me. We all watched it happen in slow motion in March and April, and to see such slow and deliberate inaction makes me angry and sad. I’m scared for the children and the teachers. And I’m worried about the actual cost, too. You know, these people who come to the hospital (with COVID-19) don’t just come in and die or go home. They are there for two months, and the cost of the medication, space, equipment, staffing … I can’t even imagine the cost.” 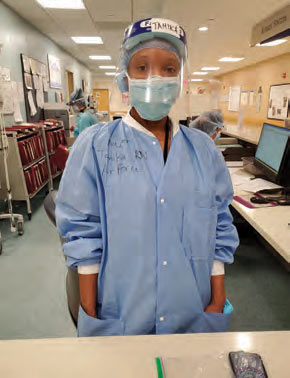 Linen, who works in the operating room at Trident Medical Center, was activated to go to New York as part of her duties for the Air Force Reserves. She worked in a hospital in Queens for most of April and May.

HealthLinks: Was there anything that surprised you there?

Linen: “I guess a lot of it was surprising. It was a different level of care that we were providing patients, not regular everyday stuff. Some of it was ‘let’s just get this patient to live as long as possible.’ For some of them, it was a couple of months. For many, it was not very long at all.”

HealthLinks: What was the worst thing?

Linen: “To be honest, a lot of things were the worst. I think it was just a different environment for someone who grew up down South. It was understanding the language and the accents, and it sounded like they were yelling at each other, but that’s just the way they talked. And it was every day not knowing if I could get through that day without seeing death or hearing it.”

Linen: “People here don’t know how bad it could be. I was probably one of those people. The morning I left, I went to Walmart with no mask – nothing. Now I get grocery pickup and it angers me to hear people be so dead set against putting on a mask, even though it doesn’t hurt them in any way to do it. COVID-19 is definitely on the rise here. A mask has nothing to do with anyone’s rights. It has everything to do with everyone’s safety.”

Read More From This Issue of HealthLinks