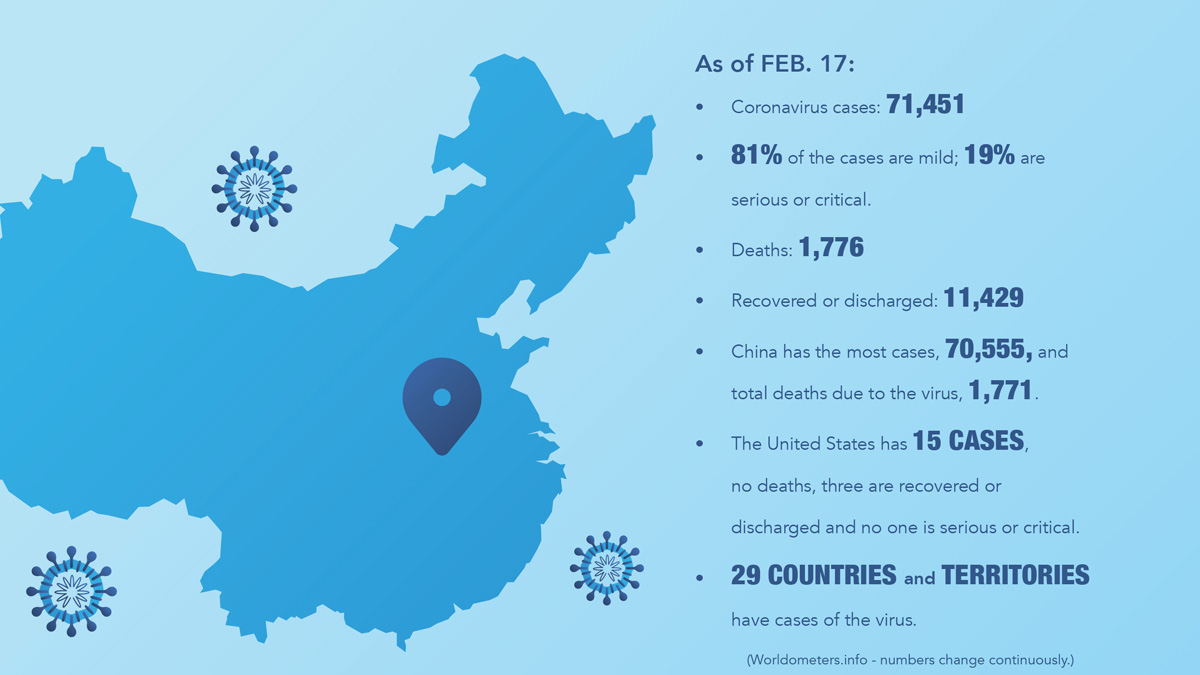 The World Health Organization defines the coronavirus as a large family of viruses found in both animals and humans. The illness in humans ranges from the common cold to more severe respiratory illnesses. For some, the virus is mild, including a runny nose, sore throat, cough and fever. But it can be more severe and cause pneumonia or breathing difficulties, and, in rare cases, it can be fatal. The most vulnerable are older people and people with pre-existing conditions such as diabetes and heart disease.

The virus is spread primarily through an infected person’s respiratory droplets generated when the person coughs, sneezes or through their saliva or discharge from their nose. It is important to frequently wash your hands and sneeze or cough into a flexed elbow or with a tissue that is discarded immediately.

The highest risk for contracting the virus is for people who have recently traveled to China or who have been living or working closely with those travelers. Health workers caring for a person suffering from coronavirus are also at high risk.

It may be hard to determine the difference between the coronavirus and the flu or cold virus, but laboratory tests will confirm the diagnosis. The key is seeking medical care early if you experience cough, fever and difficulty breathing.

(Centers for Disease Control and Prevention)