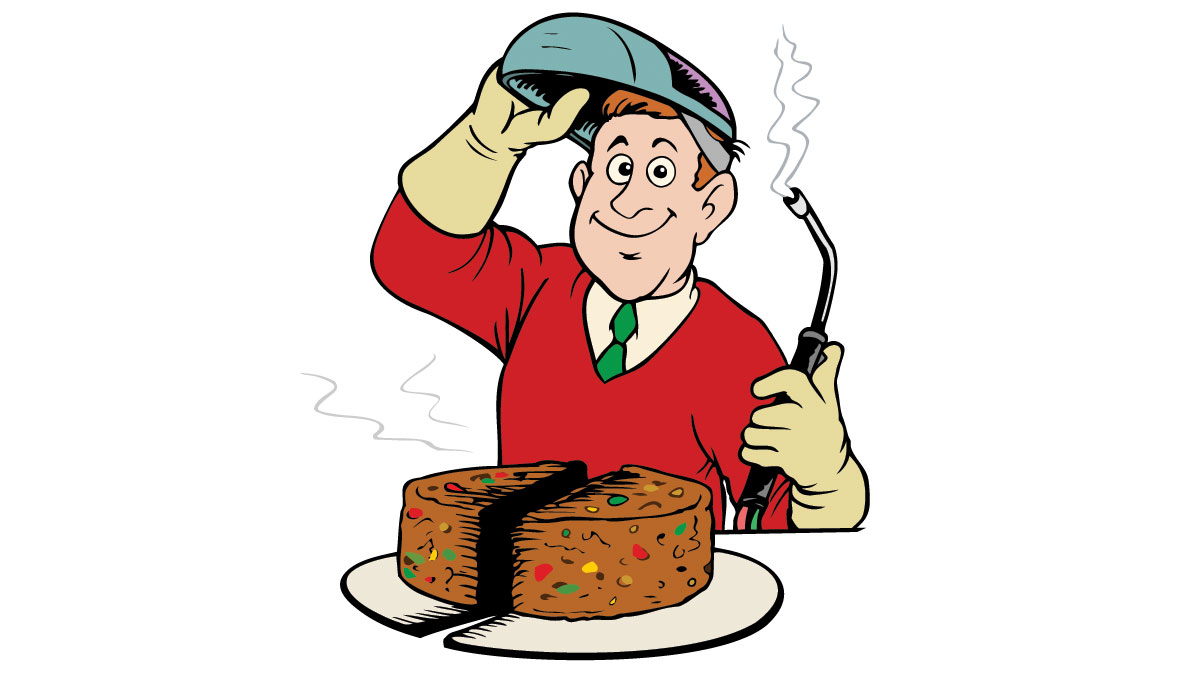 Sure, grab a bottle of bubbly or show up with a Poinsettia in hand, but do us all a favor: Put down the fruitcake and back away slowly.

Listen folks, the holidays are right around the corner – and with it parties, celebrations and invites to share in the yuletide joy. Showing up empty-handed? Not in a million years. But let’s get one thing straight: No one wants the damn fruitcake. Not now, not ever. In fact, folklore says it was originally a gift left for the dead in ancient Egypt, and I’m willing to bet not a single mummy ever came back from the grave to sneak a piece then either.

It doesn’t matter which way you slice it, a fruitcake is easily one of the most hated gifts in the United States, and yet, year after year, holiday guests show up bearing this fruity, nutty token of appreciation nevertheless.

The fruitcake originally gained popularity during the Roman times with pomegranate seeds, pine nuts and barley mash – you know, after the mummies stopped waking from the dead to eat it and all. Over the years, the ingredients evolved or changed, some added marzipan or royal icing and others played with the ratio of flour and eggs. What emerged for Americans is what is known today for being dense, sweet and packed with dried fruit, nuts and spices.

It’s also known for having one heck of a shelf life, too – one that comedians can’t seem to help poking fun at. In fact, to prove his point that fruitcakes last forever, in 2003 “The Tonight Show” host Jay Leno sampled a fruitcake baked all the way back in 1878. Even Leno’s predecessor on “The Tonight Show,” Johnny Carson, deemed the fruitcake a holiday abomination: “The worst gift is fruitcake. There is only one fruitcake in the entire world, and people keep sending it to each other.”

In other countries, the cake is welcomed, sometimes throughout the entire year and certainly at celebrations of birthdays, weddings and the holidays. I’m beginning to think that perhaps their fruitcake doesn’t taste like a spiced brick, however. In the United Kingdom, traditional fruitcakes are rich and moist, adorned with icing, powdered sugar or fresh berries. In the Bahamas, the entire cake, including the candied fruit and raisins inside, soak in dark rum while fresh out of the oven.

So maybe it’s not the fruitcake itself that’s the problem but our reject variation that has families hesitant to invite Great Aunt Hilda – and her bag full of sugary paperweights – to the annual family get together.

Want my advice? Skip the fruitcake this season and opt for a nice bottle of vino or a cheese plate. Chances are, we all still have one propping open a door somewhere anyway.