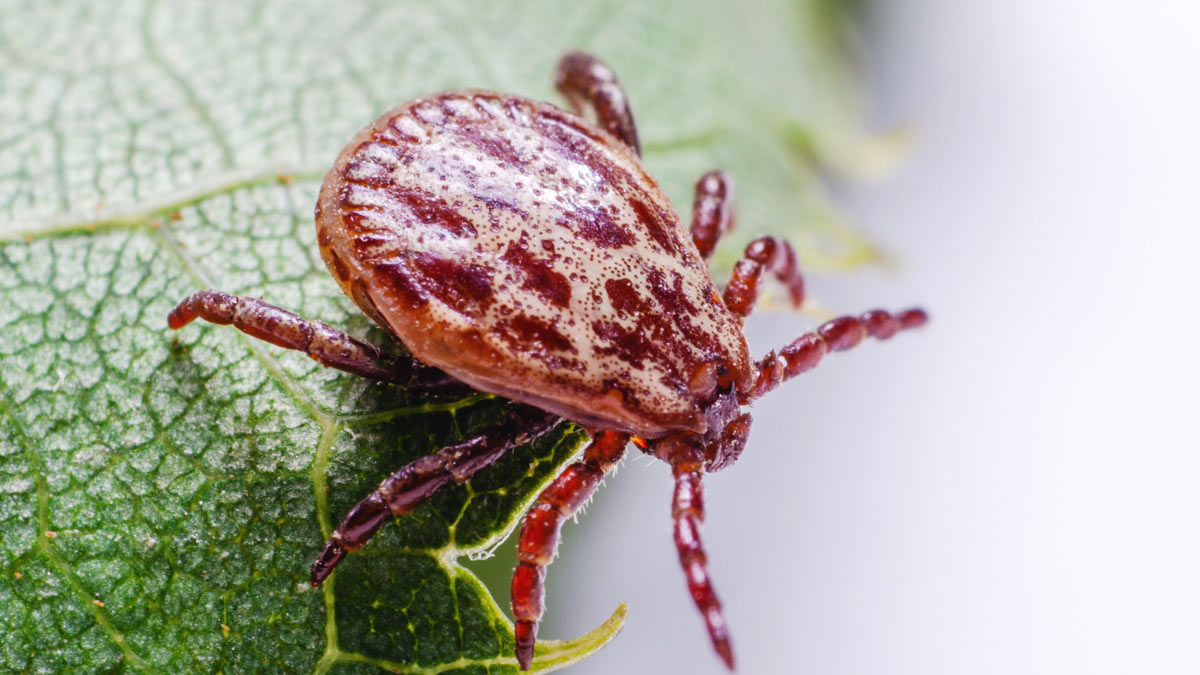 It was a Saturday morning, and B.J. Evans planned to facilitate a yard sale her church group was holding to raise money for a youth mission trip to Guatemala. But when she got out of bed, extreme pain kept her from putting weight on her foot. Walking was extremely difficult, and she was experiencing a variety of neurological problems.

That morning in 1999 was the beginning of a 20-year litany of misdiagnoses, worsening symptoms and times of improvement for the Greenville resident. She discovered she had Lyme disease in 2012.

“They thought I had a brain tumor. Then they thought I had a stroke. I was misdiagnosed with multiple sclerosis and took an MS drug, which compromised my immune system for eight-and-a-half years,” said Evans, one of the co-founders of the South Carolina Lyme Disease Association Facebook group and a Lyme disease support group in the Upstate. “At its worst, I was flat on my back. I couldn’t do anything. I couldn’t look side to side without being extremely dizzy and nauseous. There were times I couldn’t lift my head off the pillow.”

The Northwest and upper Midwest are Lyme disease hot spots, but that doesn’t mean South Carolinians who are spending time outside during the coronavirus pandemic should let their guard down, said Taylor McKeowen, a nurse practitioner with Bon Secours St. Francis.

“It has infiltrated the South, and we see more cases,” he said.

Typically, a bull’s-eye rash develops at the site of the bite within three to 30 days of infection. However, not everybody gets the rash, said Dr. Edward Giove, a physician with Liberty Doctors who practices at Daniel Island Family Medicine in the Charleston area. Other early signs include flu-like symptoms such as body aches, headache, fever, fatigue and muscle or joint pain, he said. Antibiotics are used to treat the disease, and a blood test can detect it through antibodies, Dr. Giove pointed out. 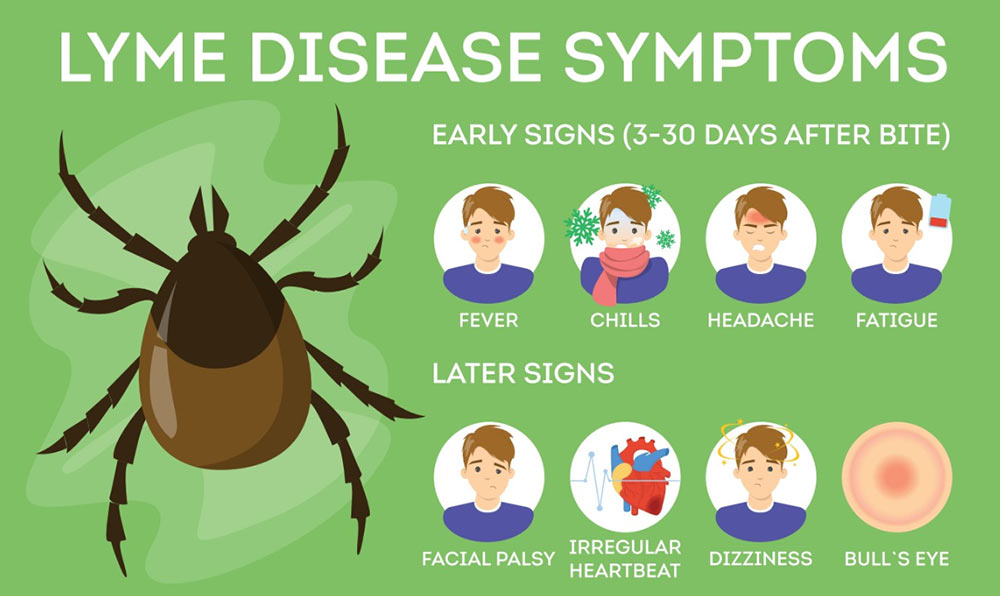 McKeowen said, “Honestly, with Lyme disease, we don’t have a perfect test to get an accurate diagnosis early. When patients come in with a classic rash following a tick bite, we use our good clinical judgment and treat patients with antibiotics.”

If the disease progresses, it can cause significant joint pain and disorders of the cardiac and neurological systems, Dr. Giove noted.

McKeowen said, “If we catch it early and patients are taking antibiotics appropriately full-time, Lyme is actually an easily treatable disease. Our biggest concern is when patients get into the more latent period of Lyme disease, they can have significant long-term complications. It can take a significant toll on the body.”

Evans said when she was sickest that “every day was horrible.” Now she’s feeling better and said she’s 99% pain-free due to an intense Lyme disease protocol, diet and wearable neurological technology.

People can get Lyme disease more than once, McKeowen said. Besides a tick bite, Dr. Giove said the only other way to pass the bacteria is from a pregnant woman to her fetus.

Evans grew up in New Jersey and played in the woods all the time. She doesn’t remember getting bitten by a tick, but she may have gotten it from her mother, who also had MS-like symptoms. She’ll never know for sure.

There is no current research regarding whether patients with Lyme disease are at higher risk of severe illness from the coronavirus, according to Dr. Tania Dempsey, a Lyme disease specialist and founder of Armonk Integrative Medicine in Westchester County, New York. She said, however, that in her experience, Lyme patients who are exposed could have a more difficult time recovering.

“Patients who have successfully treated Lyme disease and have no long-term consequences are probably at the same risk as the general population,” she said. “But the Lyme patients who have chronic infection and dysfunctional immune systems – those are the ones I think would be at higher risk. But we don’t have data on that.”

Dr. Dempsey said she has the same advice for all of her Lyme disease patients.

“I tell them all they should assume they are high risk,” she said.

McKeowen said reducing the chance of getting bit by a tick is the best defense against Lyme disease.

He recommends wearing long sleeves and long pants when in grassy, brushy and wooded areas, wearing permethrin-treated clothes when outdoors and using insect repellents containing DEET. After coming inside, McKeowen said people examine their clothing and conduct a full-body check, with particular attention to where ticks are typically found: behind the ears, around the neckline, the armpits, around the waist, in the groin area, behind the knees and in the hair. 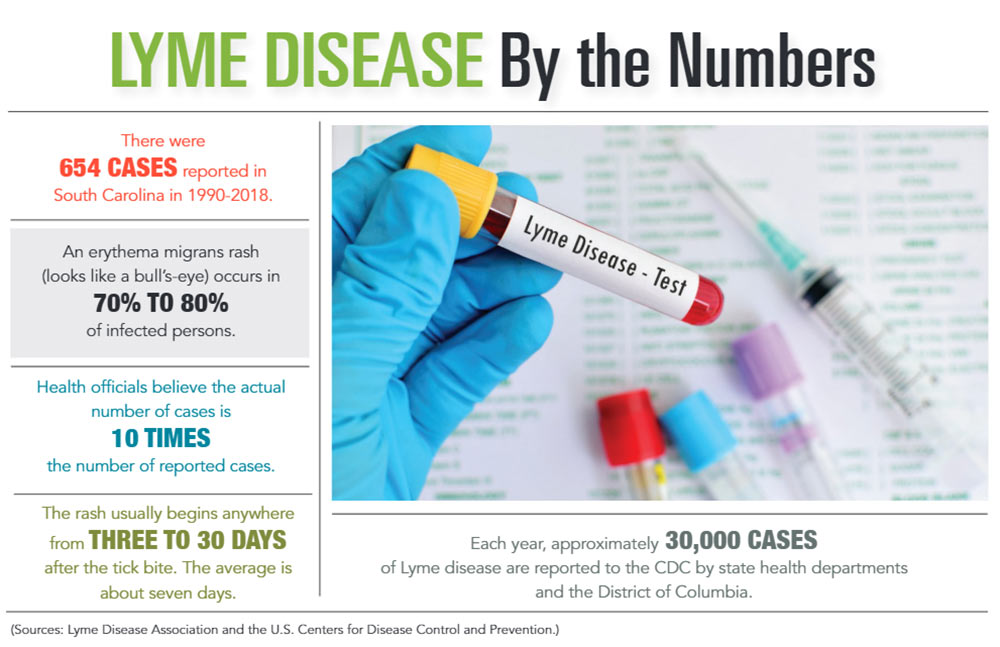