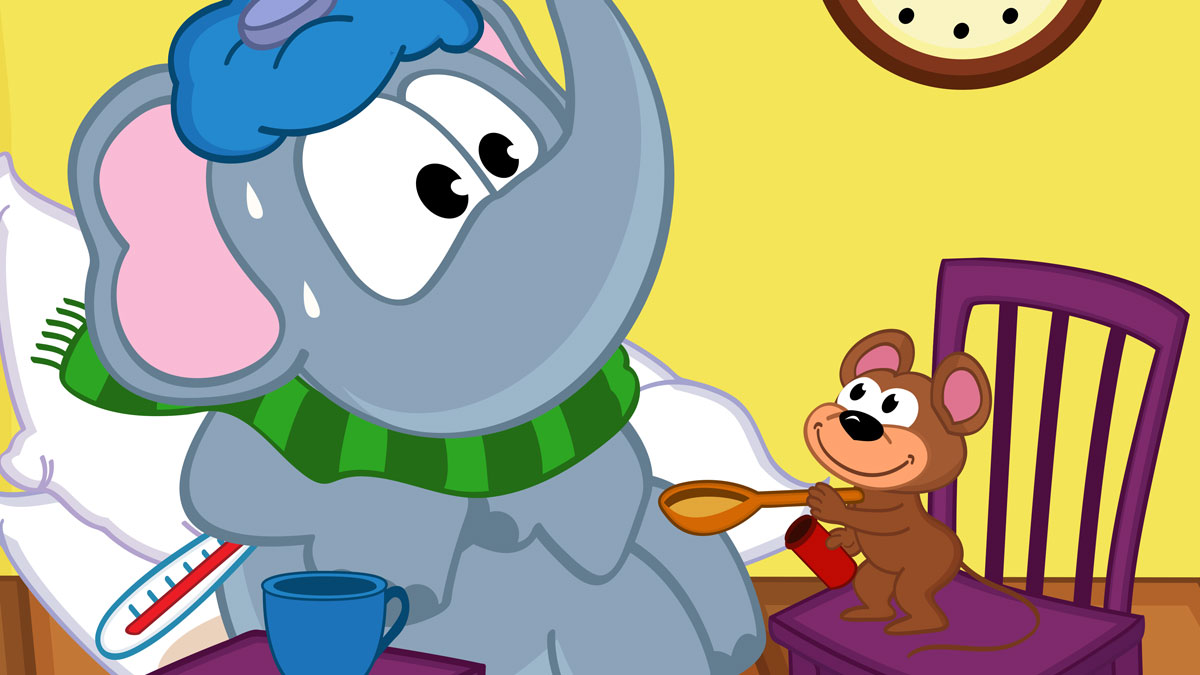 Attempting to quantify the most common medical disorders in South Carolina brings to mind the tale arising from the ancient Indian subcontinent of blind men describing a strange animal – an elephant.

Only when a man with sight described the elephant completely did the others realize that their subjective observations, while accurate, were not necessarily complete.

So it goes when searching for definitive answers to which “illnesses,” to use a generic term, are most prevalent in South Carolina.

Because record keeping at the Department of Health and Environmental Control is very thorough, it’s not at all difficult to determine which medical conditions are responsible for the most deaths statewide.

The most recent complete compilation, from 2016, lists them in descending order from the No. 1 cause, malignant neoplasm, which was responsible for 10,349 deaths. Most of us are more familiar with its synonym – cancer. This statistic reports on mortality from all tumors that grow, invade and metastasize, regardless of where on the body they appear.

These are the specific conditions or circumstances with the highest number of recorded deaths in South Carolina, yet they are far from the only causes of death in the Palmetto State. DHEC adds another category, “all other causes,” which on its own would top the mortality list at 12,680. Within this catch-all designation, drug overdoses topped the 1,000 mark for the first time, coming in at 1,001 deaths.

Of course, these official numbers only delineate causes of death. There are many more medical conditions that are increasingly common and, while perhaps not all deadly in their own right, can make living miserable and be pathways to more serious problems.

The authoritative Medical University of South Carolina project, Hands on Health-SC, also lists many of the disorders on DHEC’s roster as common concerns in the state, adding dental and oral disease; family violence; HIV/AIDS; influenza; and metabolic syndrome, which is not a disease per se but the condition of having several health problems at the same time. Significantly, Hands on Health-SC also considers obesity to be a common medical condition.

Bear in mind that these lists focus on causes of death and serious illness, not on the host of very common, sometimes debilitating but more often simply painful or unpleasant conditions that are extremely common throughout the populace – everything from alopecia – hair loss – to zoster – shingles – and all the illnesses in between.

Finding medical professionals who can address such a catalog of conditions can be akin to consulting with those sightless men who described the elephant.

With all due respect to the many outstanding medical specialists in South Carolina, concentration on their highly specific fields of expertise can sometimes “blind” them to the bigger medical picture.

Primary care physicians have a much greater exposure to an extremely wide range of disorders, from the purely physical to the mental, emotional and even “self-inflicted,” such as alcohol and drug abuse. This offers a valuable opportunity to examine not only how a patient is ill but why. In other words, lifestyle counts. In this sense, a dedicated primary care physician can help serve as the medical equivalent of the sighted man, who was able to see the elephant in its totality.

One such experienced primary care doctor is Dr. Christopher McCarthy, a member of the Palmetto Proactive Healthcare practice serving Greenville-Spartanburg and Columbia.

Because everyone who dies in South Carolina gets a death certificate, determining what disorders led to the greatest number of fatalities is comparatively easy. More complex are the reasons why medical conditions develop as they do. Absent genetic underpinning that for some diseases allows only for treatment, not prevention, lifestyle can play a critical role.

Dr. McCarthy said, “The rate of obesity in our state is alarmingly high, and it can lead to heart attack, stroke, kidney disease, arthritis and even metabolic syndrome, a cluster of factors that can lead to serious complications and even death. 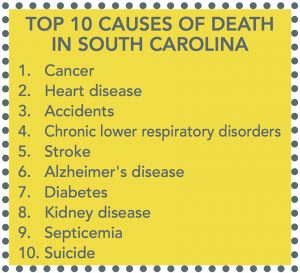 “Physicians need to do a better job of keeping obesity from becoming worse. We have to target children and young adults to prevent them from developing life-threatening conditions down the road.”

Dr. McCarthy noted that obesity – absent certain medical conditions such as hypothyroidism, which can be tested for – is invariably linked to lifestyle.

“There are two factors at play for most individuals: diet and exercise. Most of us don’t eat healthy on a regular basis, and many of us are too sedentary, a growing problem with children and teens tied to their electronic devices,” he said.

He added, “We encourage families to try to bring some balance to their lifestyles. It can be difficult to eat right exclusively and exercise all the time, so we suggest finding some ways to cut down on caloric intake and become more active.

“If you eat well most of the time, you can still afford a ‘bad’ treat once in a while. If you miss a long walk or a trip to the gym, you can make it up. It’s important not to get disappointed in yourself. Striving for realistic expectations is much more likely to yield greater success against obesity in the long run.”

Hypertension – high blood pressure – is another condition Dr. McCarthy sees frequently, due in large measure to high salt consumption in our diets.

“A big problem with hypertension,” he said, “is that it’s ‘silent.’ Most people don’t ‘feel’ high blood pressure and only become aware of it through a screening or even just checking it themselves on a machine at the pharmacy or the grocery store.”

Again, diet and exercise can help control hypertension, “and there are plenty of medications that are inexpensive and with few side effects that can avert long-term consequences, including heart attack and stroke.”

Another well-documented precursor to numerous disorders, including heart disease and stoke, is tobacco use. An estimated 22 percent of adults smoke, ranking alongside states such as Maine and Florida but well above the low of 15 percent in California.

“This spring,” he said, “we saw a lot more COPD and allergies than in the past because of our relatively wet season bringing more mold, fungus and blooming plants. We live in a beautiful part of the country, but, if you have allergies, it can be a bit harder to live here. Fortunately, we do have many effective medications available over the counter such as antihistamines to help alleviate the symptoms.”

This time of year, of course, influenza is always a concern.

“Last year we had such a bad season for the flu that we’ve noted an increase in patients asking for the flu vaccine. We encourage patients, especially those with other ailments, to get their flu shots early in the season as the vaccine requires about two weeks to provide its full therapeutic effect.”

Skin cancers – epithelial cell, squamous cell and melanoma – also are common here, so much so that Dr. McCarthy’s practice displays them in slide shows in waiting rooms and examination rooms.

“I have had more than one patient ask me after seeing our slide show to ‘take a look’ at something unusual they’ve noticed on their own body. In general, the medical profession has done a very good job at getting the word out about the importance of always using sunscreen. But, for many people, it’s hard to keep that in mind when heading out for an afternoon on the tennis court or at the lake.”

With suicide as the No. 10 cause of death in South Carolina, Dr. McCarthy views depression and anxiety as common disorders.

“There’s still a bit of a social stigma to mental disorders, and South Carolina’s suicide rate remains too high. Part of our therapy is to recommend that patients suffering from depression and anxiety not only get qualified counseling but rely on friends, family, church and support groups to help them through.”

Other common ailments in the Upstate part of South Carolina, according to Dr. McCarthy, are ones that might not spring immediately to mind, such as the common cold, viral upper respiratory infections – for which antibiotics are not effective – and, particularly in spring and summer, insect bites and stings and exposure to toxicodendron radicans. You may know that one better as poison ivy.

When all’s said and done, the most common diseases in South Carolina don’t differ much from the most common across the United States. In the view of doctors such as Dr. McCarthy, it seems that one key to avoiding them or lessening their impact is to pay close attention to the whole “elephant” – lifestyle – and not be fooled into focusing only on what medical issues might arise.

That way, protecting ourselves and our loved ones from many preventable common diseases won’t become that other pachyderm – the one we never talk about: the elephant in the room.