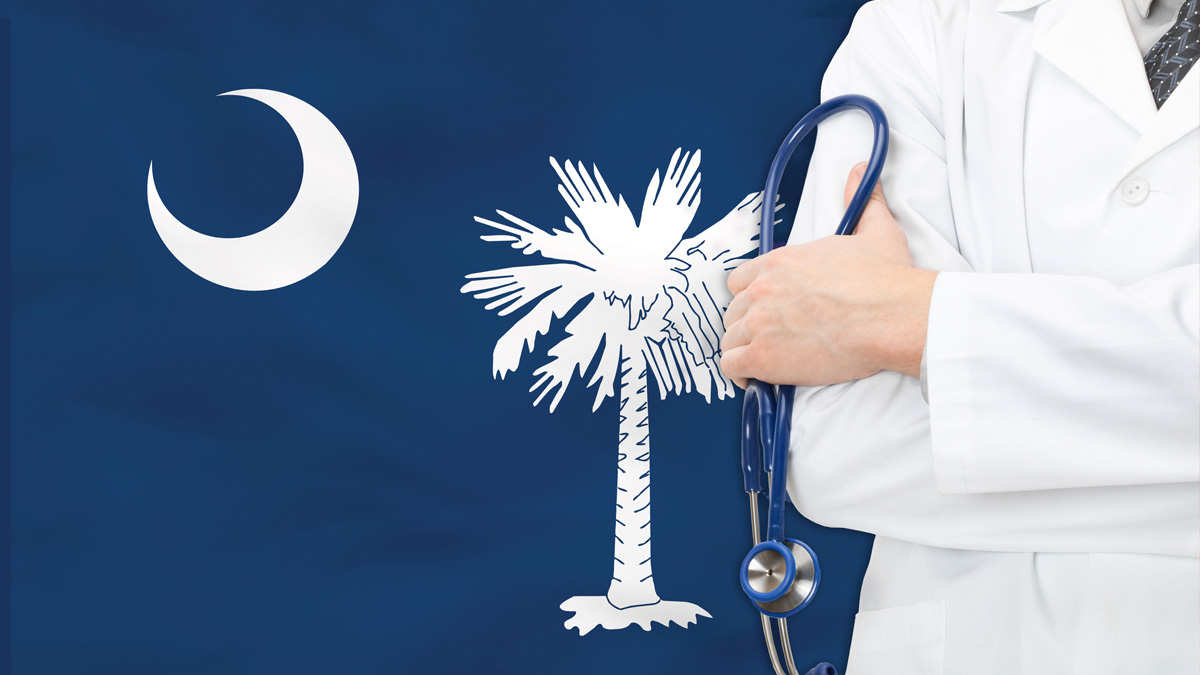 In South Carolina, the past decade in health care has been one of mergers and expansions, job growth, expanding coverage under Obamacare and moves to more accountable care organizations.

In all, it was one of progress, health care professionals say, but much work remains to be done.

In 2018, stakeholders in South Carolina’s health care and business communities, along with the South Carolina Department of Health and Environmental Control, announced the creation of “Live Healthy SC,” a comprehensive plan to improve health of Palmetto State residents and address South Carolina’s greatest health challenges. The plan was created through a partnership between DHEC and the Alliance for a Healthier South Carolina, a multisector coalition of state leaders working to align efforts to better address community health needs and reduce the future cost of care.

“At this point, we’re really challenging our members to figure out what part of this plan can they take ownership of, what strategies can they help implement and what connections can they make,” said Monty Robertson, the Alliance’s director.

“Our biggest goal is really those collaborative connections and informing residents about Live Healthy and encouraging them to be part of the movement,” said Barbara Grice of DHEC’s Division of Collaborative Health Improvement. “It’s going to take us all to change the health status of South Carolina.”

The Alliance was established in 2010 as the South Carolina Health Coordinating Council and evolved to a coalition of more than 50 diverse organizations – from Michelin to the Medical University of South Carolina – working together to coordinate community resources to improve the health of all South Carolinians.

South Carolina ranks 44th in state health status, according to America’s Health Rankings, and has been consistently among the lowest states in other reports and analyses. With high rates of stroke and diabetes and widespread health disparities across the state, Live Healthy SC is based on obtaining real data to identify and target a community’s specific health challenges.

At Bon Secours St. Francis Health System, Chief Operating Officer Shannon McCowan in Greenville said implementation and partial repeal of the Affordable Care Act, also known as Obamacare, have been the most important health care changes in the last decade.

“Really, that ushered in a new era of the transition from fee-for-service to a value-based reimbursement model,” she said, adding it has changed health care systems’ approaches to strategic business growth and development.

Signed into law in 2010, the act was designed to extend health insurance coverage to millions of uninsured Americans.

Other major changes include the spread of technology and information and the expansion of outpatient and ambulatory health care, McCowan said.

In the last decade, the industry has felt the impact of consolidation of hospitals and health care systems through mergers and acquisitions.

In November, the Greenville News reported that the Bon Secours St. Francis Health System was opening another urgent care center in response to consumer demand for more convenient and better access to medical care. The new clinic – on Pelham Road – brought the number of AFC Urgent Care centers that Bon Secours operates in the Upstate to seven, the newspaper reported.

Meanwhile, Prisma Health officials in Greenville said in January they were taking additional measures to improve operating efficiencies and streamline the organization.

“The health care environment in which we operate is becoming increasingly challenging for a variety of reasons, including lower reimbursements and increasing numbers of patients who are underinsured or uninsured,” said Mark O’Halla, Prisma Health’s president and chief executive officer.

The company was formed in late 2017 when Greenville Health System and Palmetto Health came together, officially becoming Prisma Health in January 2019. Prisma said it was eliminating 327 staff members from a workforce of 32,000. Since Oct. 1, management eliminated 200 positions through attrition, vacancies and consolidation, for a total of 527 positions. Areas affected span the organization, including administrative, corporate and clinical areas across all campuses.

“At Prisma Health, the patient is at the center of everything we do,” O’Halla said. “While we remain fundamentally solid, we will continue to streamline the organization and make it more efficient, while also making investments in growth and expansion to meet the evolving needs of our patients and the communities we serve. This is the new normal for us and all other successful health care organizations.”

In 2009, acknowledging that South Carolina faced chronic shortages of health care professionals in both number and geographic distribution – ranking 37th nationally in physicians per 100,000 population – the University of South Carolina and GHS authorized a feasibility study to examine the creation of a four-year medical program in Greenville.

Based on the findings of the feasibility study, the boards of trustees of GHS and USC instructed regional academic campus leader and USC Associate Dean Jerry R. Youkey, M.D., to develop a comprehensive plan for a school of medicine in Greenville.

Dr. Youkey appointed former USC President Dr. Andrew Sorensen to commission a joint task force of USC and GHS faculty and administration to create a comprehensive plan for the medical school, and the task force completed its work in May 2010. A foundational agreement was established, a multiyear financial projection completed and the mission, vision, goals and guiding principles were established. On Aug. 6, 2010, the GHS and USC boards approved plans for the University of South Carolina School of Medicine Greenville.

Prisma officials consider the medical school to be part of academics and training for a new generation of medical professionals who are critical to Prisma Health-Upstate, which launched partnerships with USC, Clemson University and Furman University. The Clemson partnership includes nursing school expansion in Greenville.

Elsewhere in the Upstate, AnMed Health in 2009 signed affiliation agreements with Cannon Memorial Hospital in Pickens and Carolinas HealthCare System in Charlotte. In 2018, the name of Carolinas Healthcare System was changed to Atrium Health. Also in the Upstate, Spartanburg Regional Healthcare System is an integrated health care delivery system that provides care from birth through the senior years. It’s been a partner with the community for more than 90 years and earned its reputation for technological excellence.

Health care changes in South Carolina aren’t limited to the Upstate, of course. Dr. Patrick Cawley, CEO of MUSC Health, the clinical enterprise of MUSC, said the renewal of its downtown Charleston location began with the opening of the state-of-the-art Ashley River Tower Hospital in 2008. Those efforts are continuing with the opening of the MUSC Shawn Jenkins Children’s Hospital and Pearl Tourville Women’s Pavilion. The expansion will continue over the next two decades and will result in a world-class facility for patient care, teaching and research, Dr. Cawley said.

“We do have something special going on in South Carolina, particularly around quality, safety, high reliability and telehealth,” Dr. Cawley said.

Because all health systems in the state are involved, “We’ve been able to make strides in all of those areas a little bit faster than the rest of the country,” he said.

He cited as one example South Carolina’s support of a safe-surgical project. In 2017, the Harvard T.H. Chan School of Public Health reported South Carolina saw a 22% reduction in post-surgical deaths in hospitals that completed a voluntary, statewide program to implement the World Health Organization Surgical Safety Checklist. The findings resulted from a five-year project among the South Carolina Hospital Association, Ariadne Labs and the Chan School.
Chan School officials said 14 hospitals, representing nearly 40% of the inpatient surgery volume in the state, completed the program. Researchers compared the 30-day post-surgery mortality outcomes between those hospitals with the mortality outcomes of the rest of the hospitals in the state.

Surgical procedures in the analysis represented a wide range of specialties, from neurological, thoracic and cardiac to soft tissue and orthopedic, the officials said.

Dr. Cawley, however, worries about a shortage in the state of nurses and doctors, particularly in rural areas, as South Carolina grows. Workforce experts predict that the United States will face a shortage of approximately 90,000 physicians by the year 2025, according to the American Medical Association. To protect patient access to care, the AMA supports legislation to increase graduate medical education positions instead of cutting the federal funding that supports physician training.

At the Ralph H. Johnson VA Medical Center in Charleston, doctors and nurses treated fewer than 30,000 patients in 2004, said Tonya Lobbestael, public affairs officer. Today, they treat 80,000 veterans at the medical center each year, she said. In addition, VA officials record more than 1 million outpatient clinical visits annually. That compared with just over 381,000 outpatient visits in 2005.

More veterans are surviving life-threatening injuries, meaning “many of our patients are much more complex in the sense of the injuries that they’ve sustained and the medical conditions that they’re dealing with,” Lobbestael said.

With more patients, staffing has more than doubled from 1,050 in 2005 to 2,850. And, needing more space, the VA hospital is building an 85,000-square-foot clinical annex in North Charleston, among other moves.

On Sept. 1, 2015, Boeing South Carolina chose Roper St. Francis Health Alliance, the first clinically integrated network in the tri-county area, as a new option for its teammates. It was the first time a health care system partnered with a large private employer in the Lowcountry to improve and maintain the health of its employees and their family members.

In October 2016, Roper Hospital opened its hybrid operating room, about double the space of a typical operating room with full imaging capabilities so X-rays and other procedures can be performed in the same space.

In August 2017, Roper St. Francis Physician Partners, a network of more than 230 providers who cover a range of primary care and 29 specialties, opened the Greer Transitions Clinic on Rivers Avenue, a mission-based facility that redirects patients with non-emergent, routine medical needs away from emergency rooms and connects them with preventive care and social services.

And East Cooper Medical Center was named one of the nation’s 100 Top Hospitals by IBM Watson Health. The study spotlighted top-performing hospitals in the United States based on a balanced scorecard of publicly available clinical, operational and patient satisfaction metrics and data. 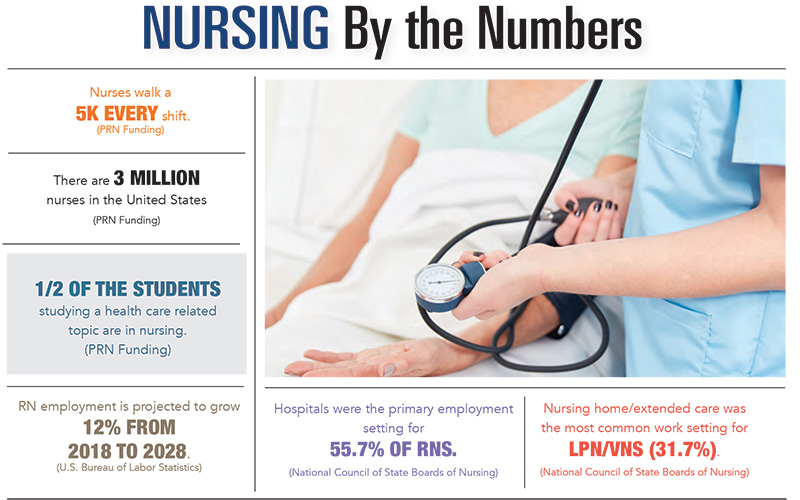