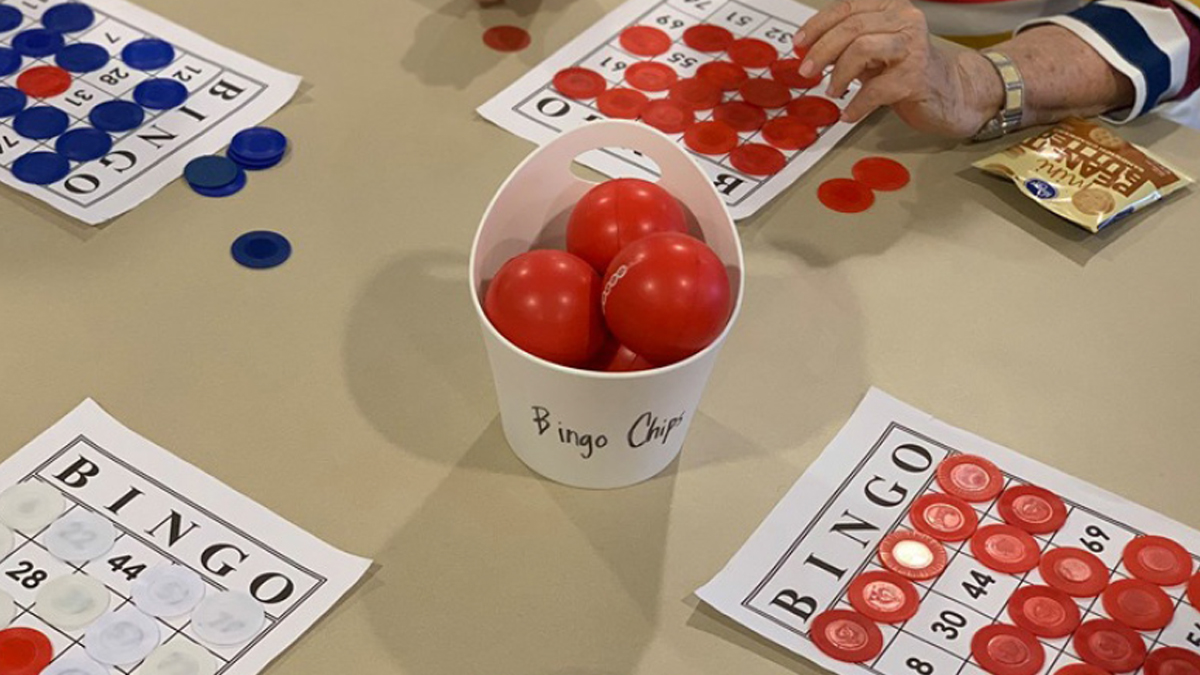 Bingocize is great because it gets seniors moving while playing a game that they already love.

It is widely known that many senior citizens love to play bingo. Unfortunately, this game is played sitting down for long periods of time with not much movement. Researchers at Western Kentucky University decided to figure out a way to combine the game of bingo with exercise – a program they called Bingocize.

WKU owns the patent for Bingocize, which requires a license for health care entities to be able to play with their residents. Senior communities from all over the country have expressed interest in Bingocize, making licensure for the program a highly sought-after prize.

Jenna Combs, rehab director for Health Related Home Care, said, “Bingocize is great because it gets seniors moving while playing a game that they already love.”

The license agreement is for two years, after which time the institution must re-apply. There is cost involved for the license, the required training and the equipment.

“We are the only home health agency in South Carolina with the license,” Combs said. “We have found it to be widely successful, so we hope to be able to bring the game to several facilities in the nine counties we serve.”

Basically, seniors play a round of bingo and then perform a few exercises before moving onto another round of bingo – and then more exercises and so on. Bingocize is an evidence-based exercise class that incorporates health education and physical activity.

“TheraBands and light weights are used when appropriate. For safety, we ensure the close eye of a therapist,“ Combs said.

She also commented on the fact that Bingocize is not only beneficial because it gets seniors moving but also that there is an educational component to the game.

“We teach them about the stretches they are doing and what part of the body they are helping,” Combs explained. “We’ll talk to them about the importance of exercising for balance, strength and to reduce falls.”

There’s the social aspect, too, since Bingocize is played in a group setting.

“Not only do they socialize and have fun with each other while playing, but they also get that chance to socialize with us, giving them that interaction with a physical therapist, which can be vital to their health. It is like we are someone new coming into their facility to communicate with them.”

Health Related Home Care has occupational and physical therapy staff designated as the leaders of Bingocize.

“This is a great exercise program that has been proven to prevent injuries in seniors. It works,” Combs concluded.