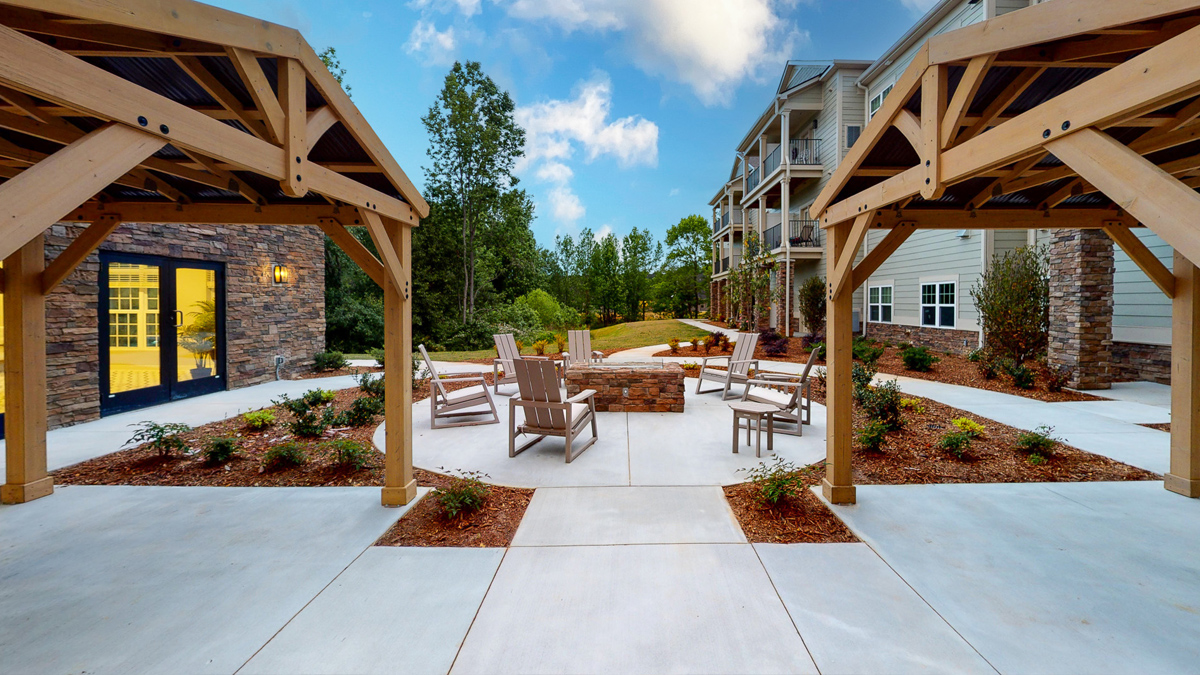 Senior living as the last stop in life might eventually be a relic of the past.

Whether you end up living to 85, 105 or even 205, Legacy Reserve at Fairview in Simpsonville is not only rethinking senior living; it is encouraging people to become part of its community before they need to be.

“We promote independent senior living,” said Anna Bradford, director of marketing and sales with Legacy Reserve. “And instead of waiting until you have a rapid decline in memory, health or mobility, our community is designed for people to move in at relatively young ages, around 55 or so, and age in place while still living to your fullest.”

Although the concept of aging-in-place dates to the 1970s, Legacy Reserve is an Upstate pioneer in promoting the culture that older ages don’t always mean “old” anymore.

“Aging-in-place allows our seniors to come and go as they please – but we take care of the day-to-day upkeep,” Bradford said. “We just opened our independent living facility in January 2022 and are a unique community in what we provide.”

For example, the Legacy Reserve campus offers three separate communities: independent living, assisted living and memory care – “one of the few communities of this type that offer all three levels of care with no long-term contract or lease,” Bradford said.

Other singular offerings include:

“We also have the newest building in the area, and we’re the only senior community in the upstate with a pool,” Bradford said.

The community has grown quickly. Since opening in 2015 with one building, Legacy Reserve now sports 48 apartments in assisted living and 18 in memory care – both with 100% occupancy – and 108 rooms in independent living, with 54 residents moved in and more expected soon.

“Our independent living facility is already 60% full only 10 months after opening,” Bradford said. “That’s because most seniors prefer living independently for as long as possible.”

A 2021 home and community preferences survey by the American Association of Retired Persons revealed that 77% of adults 50 and older want to remain independent and in their homes for the long term – a trend consistent for more than a decade.

The suggestive conclusion is that as the 85-and-older population in the United States keeps pushing the boundaries of aging into higher realms, aging-in-place will allow older residents to delay or completely avoid a nursing home.

“The idea of senior living being a last resort is still prevalent,” Bradford said. “But we try every day to make people understand that we are an option for seniors who are still young in spirit but want to enjoy life to the fullest and avoid long-term health issues that living at home too long could cause.”