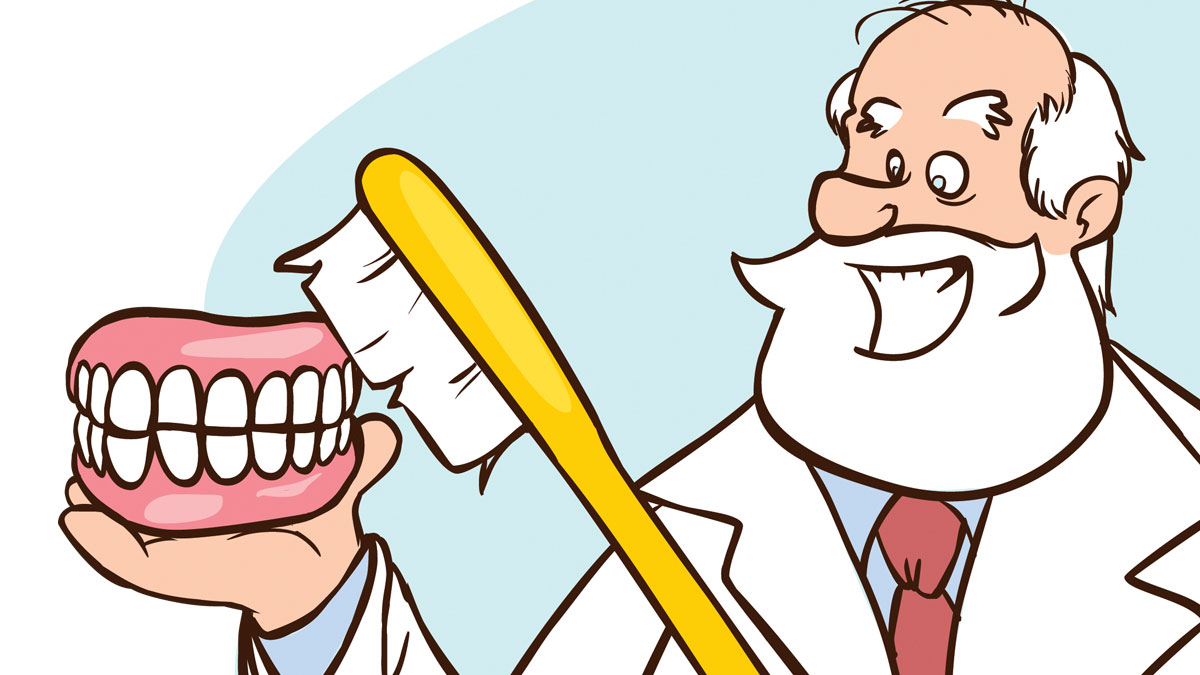 I’ve spent so much time in dental offices that by now I should have earned an honorary doctorate in toothology. That’s not my fault. Bad teeth run in my family. They just happen to gallop alongside me.

I blame my lifetime of aching, painful choppers on both sides of my ancestry, tracing back to the British Isles, where one side drank Scotch whisky and ate haggis and the other drank anything available and subsisted on spuds.

Somehow, between the alcohol and the exotic diets, my dental gene pool became a swamp.
My first dentist was a kindly old gent who undoubtedly was mentored by Doc Holliday – or Attila the Hun. Not only did he not believe in Novocain, he had the curious practice or giving kids a handful of lollipops after their procedure.

Our little eyes wept for joy when we realized our “visit” was over. And we loved those sugary treats, little knowing that they were his insurance policy for future appointments.

As an adult, I moved on to a dentist in New York City with offices overlooking the skating rink at Rockefeller Center. He even installed a huge slanted mirror so patients could focus on the skaters gliding across the ice while the doctor and his hygienist – who used her maiden name but was actually his wife – stuffed my mouth with a terrifying number of dental devices as I stared up at images of double axels and sit-spins 40 stories below.

This dentist used a LOT of Novocain – and a few other pain killers – which was a blessing when I saw his bill. It was then that I realized how he could afford that office and his ice skating mirror!

My next dentist was a former football star who, I learned, had been asked to play the lead in a new “Superman” film series. A rugged, handsome guy, he certainly looked the part, although in the end he lost out to Christopher Reeve, an actor 20 years his junior. The producer planned a half dozen or more films in the series and was afraid that by sequels five and six, the people of Gotham City would be shouting, “It’s a bird! It’s a plane!! It’s a dentist with a walker!!!”

My last full-time dentist was an artist. He was also something of a political observer who tossed thought-provoking questions at me when I had too much metal and cotton in my mouth, so my best answers came out something like “Mrshlugarop ha???”

He might have been a great dentist, but I’d never know. His solution to all my oral health problems was to remove the cause – my teeth.

As a result, today I have a terrific set of pain-free prostheses. I can eat an apple, a ribeye steak or a railroad spike without risking a minute in the chair.

Am I happy with my fabricated fangs? Pretty much. But did I mention that my dentist No. 1 also gave toddlers like I once was little vials of the same toxic mercury he used to make fillings? Mercury was great fun to play with. It was a metal that acted like a liquid, for Pete’s sake!

A few decades later, we learned that even minute exposures to mercury could cause “developmental problems in the brain.”

Which, come to think of it, might explain a lot…