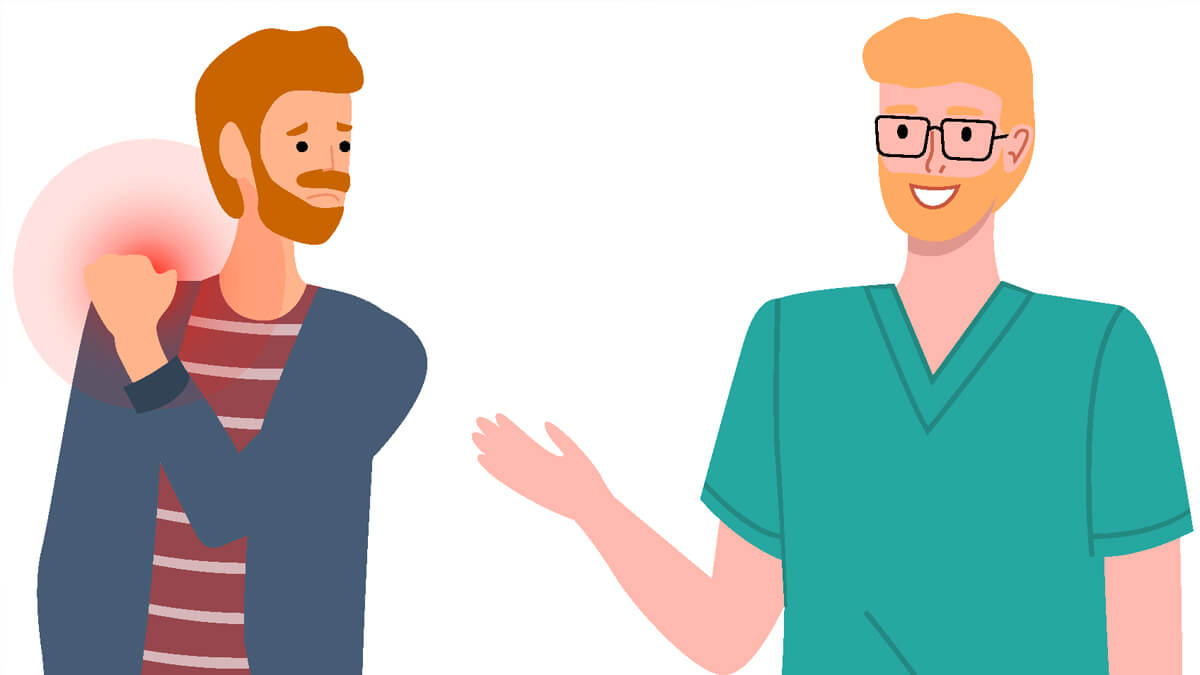 Sometimes we suffer more than we need to, all in the name of managing our aches and pains.

About 100 years ago, I knew a guy who had a whole lot of hurt from a bum shoulder he’d torn up on the gridiron. He thought it would get better with time. It didn’t.

So, like most of us when we have bad pain that just won’t quit, he started his own pain-management regimen.

It all began with aspirin. No relief. He tried acetaminophen. Ditto. Then he graduated to naproxen sodium. Zero.

He roamed the aisles of his neighborhood pharmacy and noticed how many unctions, potions, patches and balms lined their shelves. They promised to cure his pain with heat or cold or both in one. They didn’t.

Having exhausted all the OTC remedies, even aspirin-phenacetin-caffeine capsules, he turned to the dark side.

On the advice of a hulking bodybuilder at the gym where he worked out – with one arm literally as well as metaphorically behind his back – he quick-stepped to a chemist he found in a factory-laden part of town.

There, in the shadow of their smokestacks, he purchased a bottle of the industrial solvent dimethyl sulfoxide. He took it home and slathered it on his damaged, aching limb.

Instant warmth, then stinging heat, suffused the troubled joint. A few seconds later, his taste buds detected a familiar flavor – garlic. Now, he loved garlic, but on his pasta, not on his shoulder.

The night before the procedure, he told his surgeon that he wanted it done under a local – so he could observe his technique. The orthopedist just nodded and grunted, “Sure.”

Next morning around 6 a.m., the surgeon popped in to see if he’d changed my mind about that local anesthetic. He hadn’t. The doctor then handed over a little pill and said, “Take this to relax a bit. You’ll be in the OR before you know it.”

The doctor was right. He didn’t know it. The next thing he saw was the face of a nurse in the recovery room. And his shoulder really hurt! Then she adjusted the morphine drip and he drifted back off to sleep.

Later, the surgeon dropped by and caught hell for knocking him out. The surgeon just laughed, explaining, “We use power saws and drills. There’s lots of blood and plenty of yanking and pulling on the joint before we insert a pin the size of a ball point pen and screw it in place. You’d have passed out on the table!”

He was disappointed but had to admit that the doctor was probably right. Then he was given a prescription for a pain pill to take when he got home. It was Vicodin – opioid hydrocodone plus acetaminophen.

He put the scrip in his pocket with no intention of filling it – until he did. The post-op pain was intense. As an experiment, he took one. Then all the “gray skies cleared up” and he “put on a happy face.” At least that’s what he was told later. He was already blissfully asleep.

So, friends and neighbors, no matter how much you think you know about managing pain, fuggedaboutit! Listen to the experts about pain management, whether it’s post-op or just plain chronic.

That’s my medical advice. Straight from the shoulder! My own.