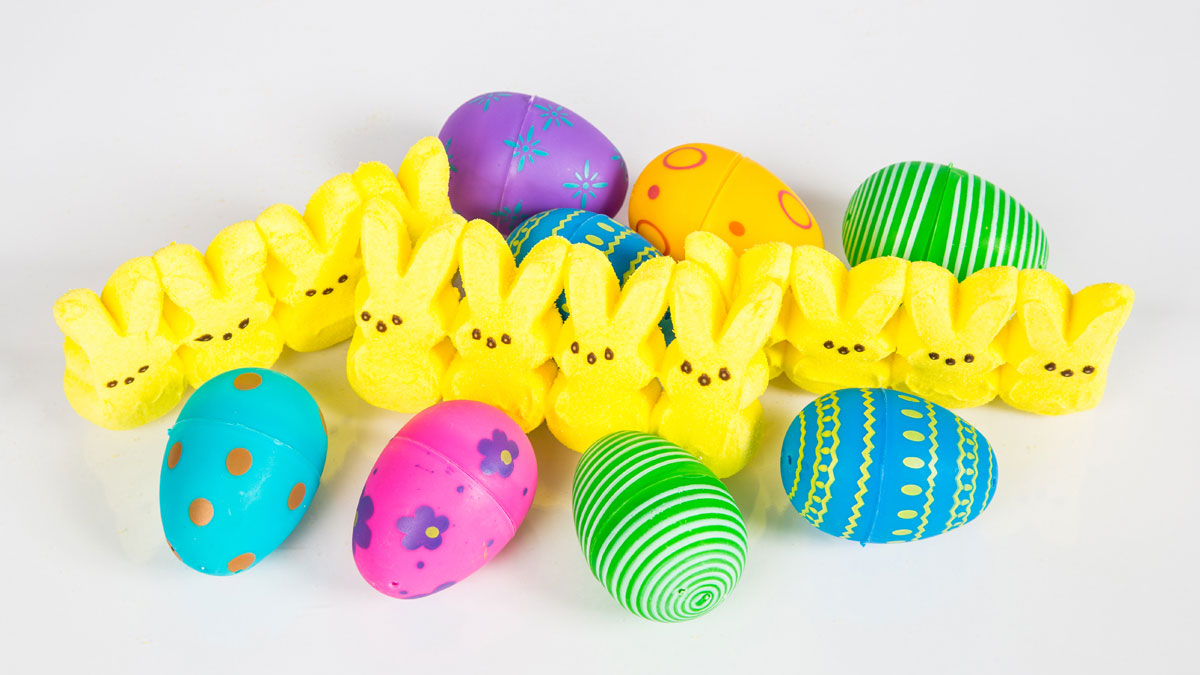 I just let my mind wander sometimes, I willingly admit. It’s at least a brief break from all the bad news constantly bombarding my senses.

This time, my mind wandered right to marshmallows, specifically marshmallow candies. Why? Because I just read online that an iconic holiday treat, Peeps, is gone for the foreseeable future.

It’s not as if my gourmand side longs to wallow in mounds of glaringly bright yellow marshmallow baby chicks, snatching up handfuls and shoveling them into my maw like Joey Chestnut at Coney Island’s annual Independence Day – should it be re-named “Indigestion Day”? – hot dog-eating competition.

It’s just that Peeps seem to have always been with us. First there were the franchise yellow chicks, pretty much indispensable for tucking into Easter baskets. Then the yellow chicks morphed into bunny rabbits, presumably also for the paschal observance. The first bunnies were pure white, as Easter bunnies should be. Next, lo and behold, they began appearing in colors that included lavender and blue.

I was good with that. After all, change is refreshing, rejuvenating – even empowering. Yes, I said it.

Peeps grew stronger and began branching out to focus on new markets such as Thanksgiving, Christmas and Valentine’s Day.

I don’t know about you, but I doubt that my in-laws would understand or appreciate my arriving for a Thanksgiving feast with a nice, roast Peep or two, although, on second thought, they might go well on top of those hideous sweet potato casseroles some relatives insist on bringing.

Now Valentine’s Day might be a different story. What lover with stars in his or her eyes would not swoon when presented with a rainbow assortment of tasty, marshmallow treats? Of course, the popular wisdom about Valentine’s Day is that it’s diamonds that are forever. But wait! So are Peeps!!! Scientists at a major university decided to test the resiliency of the little hatchlings. Try as they might, even using acetone, lye and sulphuric acid, they couldn’t destroy – or even damage very much – a single Peep.

Maybe they should have turned the problem over to some human stomachs. I know that mine seems to digest Peeps pretty well. At least, I think they’re digested!

Peeps may be back in business by spring, although all bets are off on whether they’ll emerge from their nests in time for Easter.

All of which is a long-winded but sincere tale meant to encourage property owners in our area not to take anything for granted, including historically-low interest rates and Peeps. The latter’s hiatus is a reminder that not all good things will always be around.

That’s a great reason not to put off to tomorrow the things you can put off almost indefinitely. Don’t clean up the garage. Don’t learn Spanish. Don’t work out at the gym seven days a week.

Instead, grab a few candy bars and sink into the sofa in front of the TV. Take some advice from someone who’s focused on the long-term. And who had the foresight to stash a few boxes of canary-colored Peeps under the lettuce in the fridge … just in case.