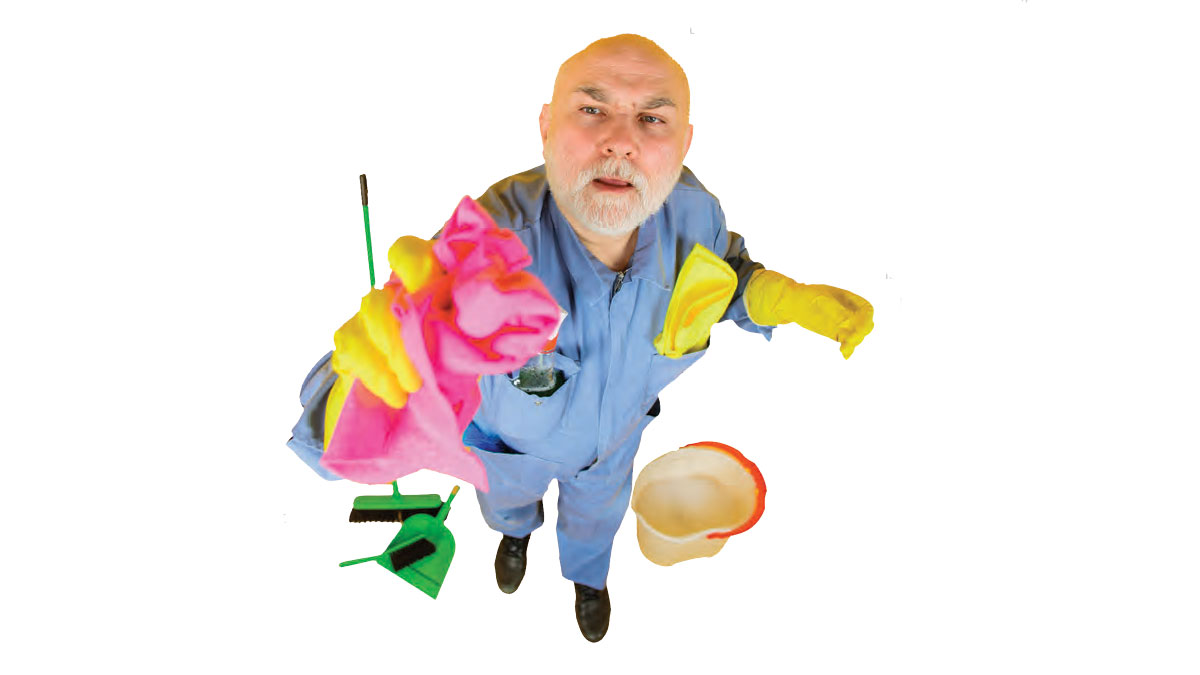 We’ve celebrated Easter and Passover. The vernal equinox is behind us. It’s spring once again!

For me, that means spring cleaning, a task I attack with as much gusto as a man headed to the guillotine having his neck measured for a new dress shirt.

It means heading to the garage to wade through whatever piles of all the head-shaking “stuff” that has mysteriously accumulated over the long and gloomy winter months. As I ponder this Herculean task, I often ask myself if it wouldn’t be simpler to just grab the first couple of rolls of duct tape I find – and there could be many more – seal off the garage door and call it a day.

I’m pretty sure there’s not a car in there under the zig gurats of cardboard boxes that climb toward the ceiling, nearly obscuring the weed-whacker I never use and the two different bicycles I never ride.

Rather than yield to my initial reluctance to spring clean, I gird my loins in a pair of jeans I can no longer wear in public, pull on a pair of sturdy work gloves that curiously still have their original price tags attached and have at it! Three hours later, sneezing from all the dust raised from that rowing machine I bought at a yard sale, I conclude that I haven’t really made a dent. True, I’ve filled one huge trash bin with paperback novels I read some time in the distant past and stacks of memoranda from a job I haven’t held in decades. But the midden heap of my “cherished possessions” seems undiminished.

I’m starting to feel that the arrival of spring may not be a great idea after all when, tucked in behind a phalanx of canned goods I stocked up on during the frantic first days of COVID-19 lockdowns, I spy a tattered copy of “The Canterbury Tales,” by the father of modern English literature, Geoffrey Chaucer. I open it to the prologue, which begins, “Whan that Aprille with his shoures soote, The droghte of March hath perced to the roote. …”

Of course, Chaucer wrote in Middle English, which can be hard to understand today. But the gist of this famous qua train is that after the winds of March, April’s sweet showers strengthen and bring forth the flowers.

And Chaucer penned those words in the 1300s, in the midst of a pandemic even worse than our own – The Black Plague.

So when the wholly understandable anxieties of this age of COVID-19 seem overwhelming, remember that spring is here again, bringing its perennial promise of renewal and rebirth for our world.

Enough of this dastardly “Aprille” cleaning. I’m ready to quit and have a hearty meal. Let’s see. Will it be a super-sized can of baked beans or a pasta from the ovens of Chef Boyardee? Maybe both.

Spring is here, so be of good cheer. As for me, I’ll have a beer!

With rhyming like that, Mr. Chaucer better watch out!