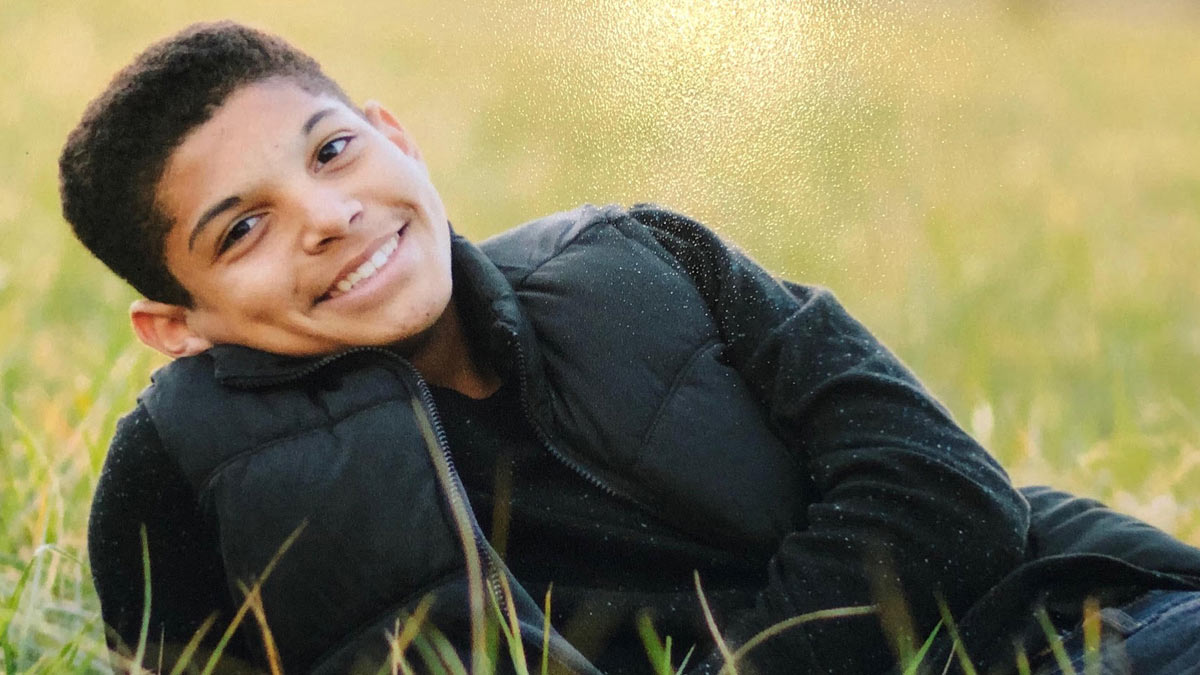 Keegan Johnson was a popular high school student, loved by his team members, his friends and, most of all, his supportive family. Though his life was tragically cut short when he passed away in early 2020, Keegan left an imprint on his community that won’t be forgotten. Now his story is being passed around with love, a reminder that life is fleeting, and we should selflessly give everything we can.

On Feb. 1 of this year, Keegan’s mother, Allyson Miller, had a short conversation with her son that didn’t seem unusual at the time. He asked to stay home from his younger brother’s game, and Allyson thought nothing of it. Later, when the family returned home, Keegan said he’d been sick to his stomach, throwing up a few times. His parents offered him Gatorade and crackers, figuring it was a simple stomach bug.

But during the night, things became much more concerning. At 2 a.m., Keegan fell out of his bed in an attempt to go to the restroom. At 6:30 a.m., when Allyson’s husband departed for work, she checked on her son. When he couldn’t speak – she said he “babbled like a toddler” – she phoned 911 and was relieved when the emergency workers arrived quickly.

At the hospital, the family gathered and anxiously waited for what would be devastating news – Keegan needed brain surgery right away. Allyson Miller shared her regrets on how her final exchange with Keegan was brief and marked by fear. Though she had called her extended family to come to the hospital, they weren’t in the room the last time she had a conversation with her son.

“Dr. Christie B. Mina [a neurosurgeon] came into the room, and she was very to the point,” Allyson remembered. “She said, ‘We have to get him to surgery now.’ He had swelling on his brain and a pus pocket that needed to be drained. We [my husband and I] both hugged him and told him we loved him. He was scared, and that’s what kills me. Had I known, I would have made sure my sisters and dad had been there to tell him they love him. I would have spent five more minutes.”

Allyson described the next several hours as a blur. By the time Keegan emerged from surgery, “word had gotten around” and phone calls and messages were flooding in. Keegan was relocated to the pediatric intensive care unit at Spartanburg Medical Center. Though he had done well in his first surgery, doctors brought him in for a second – the infection was gone, but the brain was still swollen.

By Feb. 3, he was again relocated, this time to Greenville Hospital. Two days later, Keegan Johnson departed this world, leaving behind an incredible legacy.

“I believe 100% that these doctors did what they could,” Allyson said. “There are no words to adequately describe them. They have a calling, and they are doing what God called them to do. They are amazing.”

About a week before the night Keegan went to the emergency room, he had been to the pediatrician twice for sinus discomfort. His regular doctor was not available, and Keegan was diagnosed by another physician as having a virus. Unfortunately, it turned out that the particular bacteria inside his sinuses was malevolent and rare, eventually becoming meningitis and infecting his brain.

“But it didn’t start out as that,” Allyson said. “His regular pediatrician told me there was only one other time they’d seen this happen, and it was during his residency.”

“The thing that makes me the maddest is that he never got sick,” she continued. “He was a healthy kid, very active. I can count on my hands the number of times he got sick. And am I angry? I am. How can you not be, when you don’t have your child? I would give anything for him to fuss with me, to throw his shoes where they don’t belong. I know it’ll never be easier, but, one day, God will tell me why he needed Keegan.”

Despite their grief, the family is certain that Keegan fulfilled his purpose on Earth. As a willing donor, Keegan’s healthy organs were donated on Feb. 7, coinciding with an honor walk to celebrate his life. Inspired by this 17-year-old’s determination to save lives, his extended family pledged to become organ donors.

“We said from day one that he would change the world – we just didn’t know how,” Allyson said. “If you can help someone and give someone else the gift of life, why wouldn’t you?”

Next May, – which would have been Keegan’s graduation from high school – the Keegan Johnson Memorial Scholarship Fund will be given away to two fortunate high school seniors. Funds will go to one student at Dorman High School in Roebuck, South Carolina, as well as one at Chapman High School in Inman, South Carolina. These high schools “both mean a lot to the family,” according to Allyson, and funds will go to students whose families truly need them. Those who are interested in donating to the fund can do so through PayPal or Venmo, using the handle @KeegansWay. There will also be a scholarship golf tournament at the Village Green Golf Course in Inman.

“We’ve had so many people walk up to us and say to us, ‘You don’t know me, but we knew Keegan,’” shared Allyson. “I am so thankful that he could be a light for others. He was the best brother, son, grandson, cousin, nephew. … he had a lot of titles. And he had the best heart. The man who got Keegan’s heart is a lucky man. I hope he is ready to do great things.”