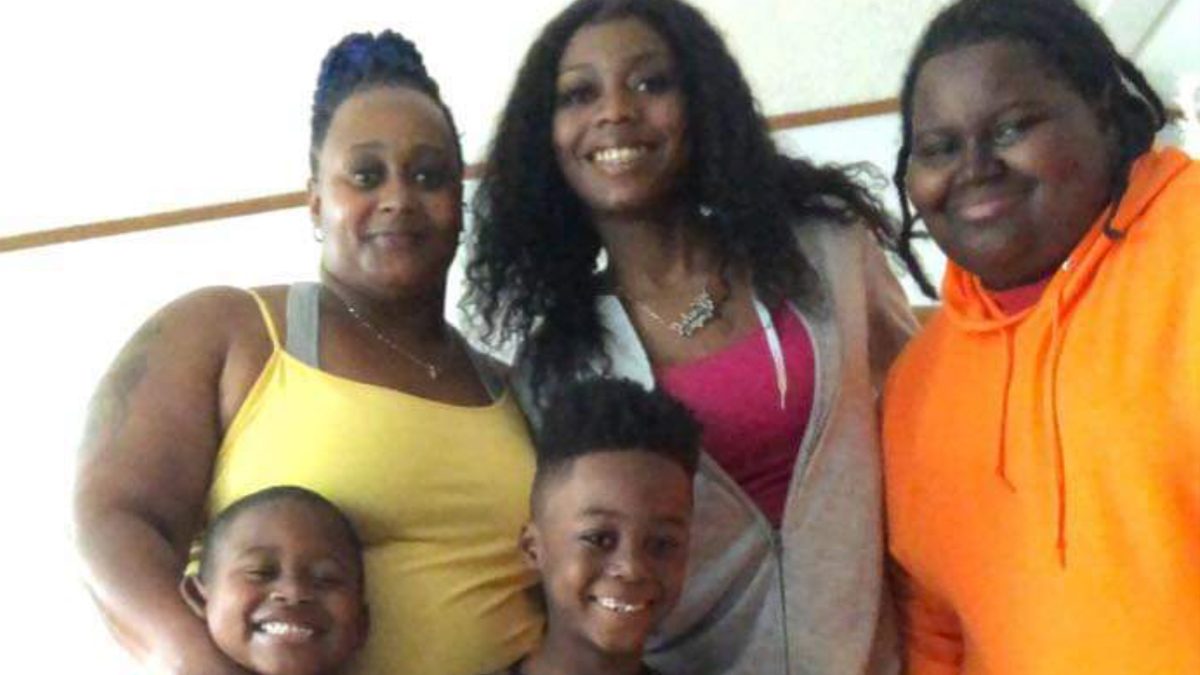 As you read this, Duchess Gates has been clean for three years. The Greenville native and mother of three used heroin and crack cocaine for the better part of two decades before choosing the well-being of herself and her family over the menacing lure of street drugs. She warns that her story is not one of “overnight success” – there were numerous setbacks and challenges leading her to where she is today.

Duchess, who grew up in West Greenville, openly describes her childhood as “traumatic.” The youngest of a family with divorced parents, she said her parents’ split when she was 10 years old “took a toll on her.” By the time she was 12, Duchess was regularly being left alone by her mother, who suffered from a crack cocaine habit herself. Two years later, Duchess was pregnant, and by 16, she was “in a house with a baby and a stepdaughter to raise, since her boyfriend at the time had children.”

“By the time I was 17, I was using heroin,” she shared. “It happened because of my curiosity. I was overwhelmed, but at the time I did not know it. I had a lot of pressure on me. I had a baby, and I had a man I was in love with, but he was more in love with the drug than with me. I wanted him to love me and I felt like if I became part of his world, we would have more in common than just having a child together.”

Duchess ended up serving two years in prison, charged with possession with intent to distribute. She admitted that during the period of intense drug use, “the only people she hung around with were addicts and drug dealers.” She had no other social life or pastimes, and she even continued using heroin when she was pregnant with her middle child. Though he was miraculously born weighing just over 5 pounds and “with all his fingers and toes,” it was not enough to keep his mother sober. She faced more prison time for using drugs during a pregnancy.

By the time she was expecting her third baby, Duchess was convinced she could stay clean and effectively keep social services from taking away any more of her children. She did manage to stay clean for 26 months with the help of the local methadone program. However, the program soon became too expensive, and Duchess felt trapped, leading to her relapse, which lasted nine months. In 2018, she overdosed on fentanyl, a strong opiate, and her youngest son’s reaction was the wakeup call that saved her life.

“The youngest one, CJ, was at home with me,” she recalled. “Thanks to the grace of God, my son CJ was crying, and a mother knows her child’s cry. When they revived me, I was still in that fog, but my baby was crying – like he was crying from down in his soul. I never heard that cry again, but I knew at that moment I was done using.”

Duchess was arrested again, and, when the judge initially sentenced her to seven years in prison, she pleaded with him, saying that she would die if she was not able to get treatment, which she’d never tried up to that point. At the same time, her father had contacted a local residential treatment center, hoping to get his daughter admitted. So the judge allowed Duchess to move into Serenity Place, and she graduated from the treatment program in February 2019. Of course, the battle was far from being over.

“The following year was rough,” she admitted. “With me having a felony background and being older, there were things going on for the ladies that I did not qualify for. I was 38 – too old for a program for girls 18 to 24. But that year I did get my GED.”

Duchess spoke candidly on the gravity of the opioid crisis in the United States. She lost 10 friends during her time in treatment, all due to fentanyl overdoses – some accidental.

“Nothing is pure anymore,” she noted. “One thought it was cocaine, and it killed him.”

Even though she’s been clean for three years, Duchess works hard to maintain her peace of mind and stay on the right path for her kids and her father, whom she currently cares for.

“Heroin is the hardest thing to abstain from statistically,” she said. “Only 1 in 5 get off the drug and stay off. Every day I wake up to fight. I don’t want to use drugs, but you have to stay strong. It’s not a walk in the park.”

“I start at National University this spring to get my bachelor’s in psychology,” she continued. “I want to become an alcohol and substance abuse counselor to help myself and help others – that’s my goal. I also want to open a recovery house for women and children. I want to show other mothers there’s a better way to live. I know how it feels to be a mother stuck in the grips of addiction and not know a way out.”