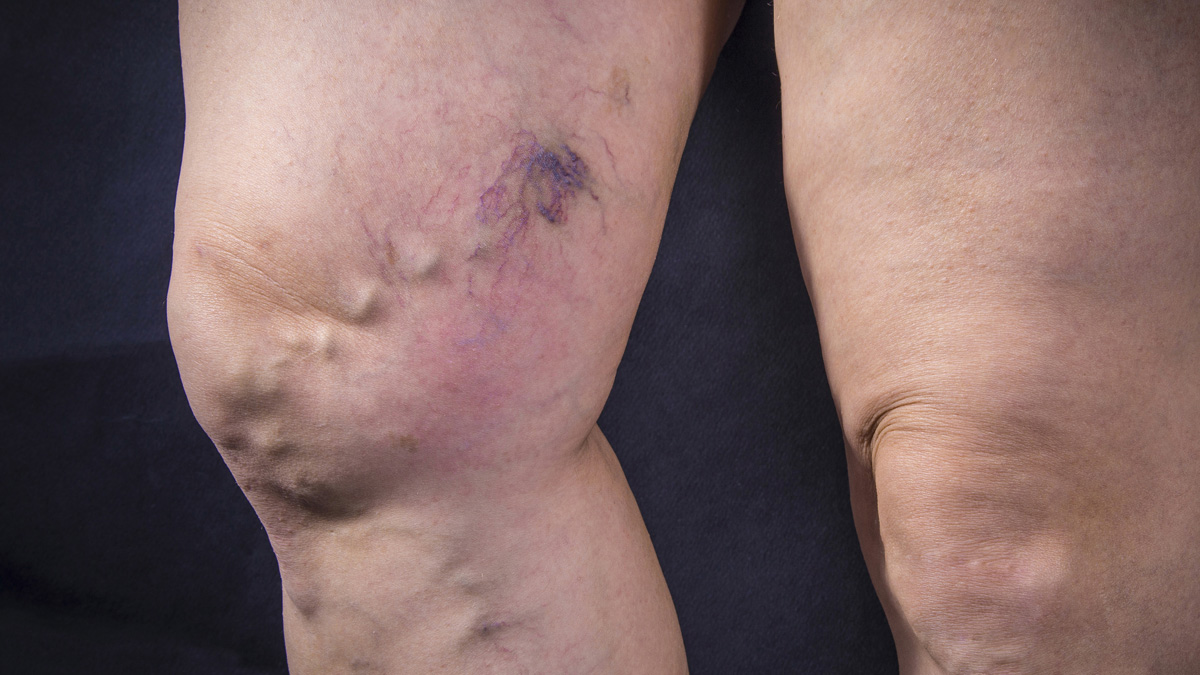 The skin on your legs is discolored or patchy. There are veins that appear “ropey” and pop out. You have sores on your legs not caused by an injury of any kind. They look swollen, especially around the ankle.

And that is just the appearance.

Your legs feel fatigued and heavy. You may experience frequent “charley horses,” and they may often cramp up. Or maybe your legs are restless, especially at night, and there’s also pain.

This condition is called venous insufficiency, and it is estimated by the Vascular Disease Foundation to affect up to 20% of adults in North America.

Some people may know venous insufficiency as varicose veins, a condition that plagues at least 20 million to 25 million Americans, according to the Vascular Disease Foundation.

Venous insufficiency occurs because the valves in the legs are not working properly; they are blocking the natural blood flow. The valves return the blood from the heart back to the veins in the legs, rather than working in a one-way fashion. The blood needs to be rerouted from the weaker veins to the more healthy valves, and that’s where a vein specialist such as Dr. Robert Musson of Allure Medical comes in.

Dr. Musson has been treating venous disease and venous insufficiency for nearly 30 years. Allure Medical believes in getting to the root of the problem, rather than just treating the symptoms.

“Think of the veins as a tree,” he explained. “We have to treat the trunk in order to help the branches.”

He went onto to explain that the condition occurs more often when people are putting strain on their legs by standing for long periods of time, pregnancy and obesity. He said there is a genetic component as well.

He did mention that many people think venous insufficiency affects only older individuals but that although the occurrence is higher after age 50, it can appear in those as young as 18.

“The problem is that people will begin having the issue say in their 20s, but they don’t do anything about it until they see the veins pop out when they are in their 40s or 50s,” Dr. Musson said.

He pointed out the collective lack of understanding among members of the medical community regarding venous insufficiency.

“Some doctors aren’t sure how to treat it, so they refer their patients to surgeons, who also aren’t sure what to do. Venous insufficiency doesn’t get the attention it deserves considering the high amount of people that suffer from the condition,” he said.

Dr. Musson added, “Plus some people know there are varicose vein specialists out there, but they see ads of beautiful legs and realize they will never look like that, so they see it more as a cosmetic procedure, which it really is not.”

Allure Medical will perform an ultrasound of the legs and the affected areas before coming up with treatment options.

“We have to identify what veins aren’t working right so we can force the blood to the healthy ones,” Dr. Musson explained.

Dr. Musson said they do not perform vein stripping or prescribe compression stockings.

He concluded, “So many people can relate to this. They look at the pictures we have of people with discolored legs or with large ropey veins and they say, ‘those are my legs.’”