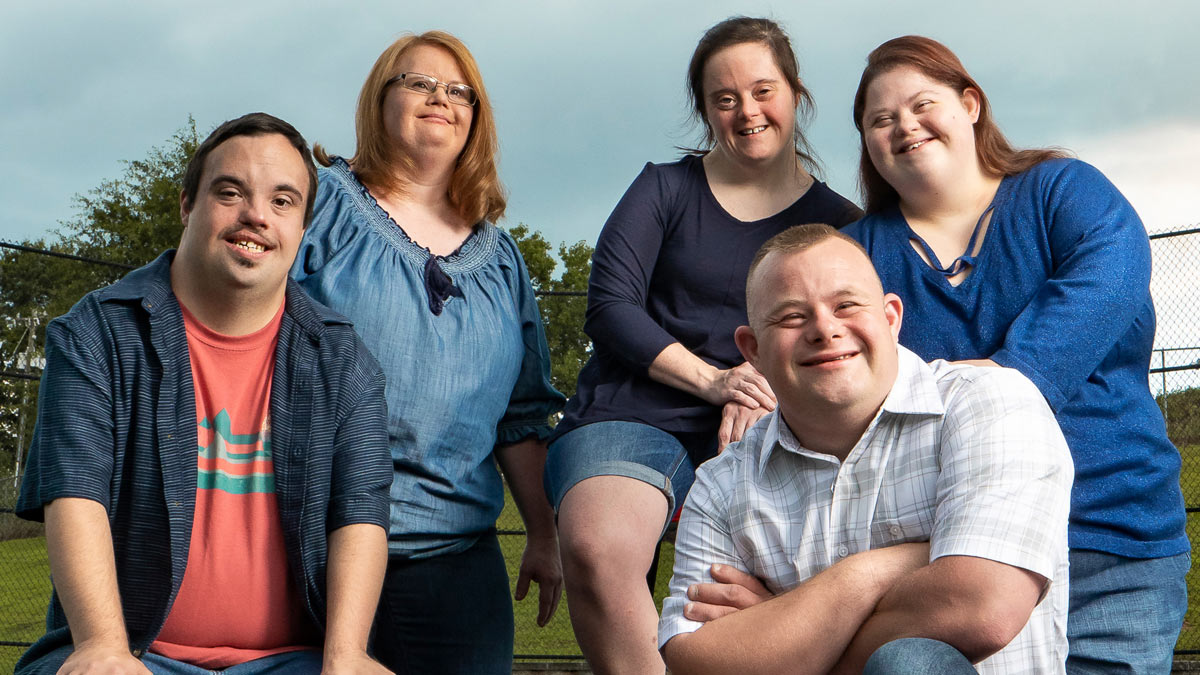 In the middle of the 20th century, the prognosis for people born with Down syndrome was bleak. Sixty years ago, they would only live, on average, for around 10 years. Many times, children were institutionalized soon after birth, with no thought being given to the possibility of education and a successful career path.

Fortunately, so much of that has changed over the past few decades. Now the life expectancy for a person with Down syndrome averages around 60 years. High-quality education programs are readily available, and there are many more options for a fulfilling career. On top of that, studies have shown that the vast majority of people with Down syndrome have a very high level of satisfaction with their lives, personal fulfillment and connection with their family and friends.

“I think that people with Down syndrome make the world a better place because they show us how God wants us to be,” said Nancy Valdivia, whose daughter, Danielle Higgins, has Down syndrome. “They are kind and helpful and honest and they do not base whether they like someone or not on anything except for if that is a good person. And they are quick to forgive others. I want people to know that people with Down syndrome are much more capable than people think.”

Down syndrome is a genetic disorder that is caused when cells do not divide correctly and result in either a full or partial extra 21st chromosome. The symptoms of Down syndrome vary greatly depending on the individual, but some of the more common traits include a flattened face, upward slanting eyelids or a short height. People with Down syndrome also often have increased flexibility in their joints, poor muscle tone and mild to moderate cognitive impairment, especially affecting short- and long-term memory.

Down syndrome is typically identified at birth or in very early childhood. There is not one single cause – it usually isn’t genetic, and the frequency of Down syndrome births increases along with the mother’s age.

None of the common symptoms prevent an individual from having a happy, fulfilling life. Parents are encouraged to seek out early intervention and enriching education programs, but many moms and dads find that their children with Down syndrome often don’t require any different treatment than their neurotypical children.

“We treated Molly no different than we treated Amy – our other daughter – as far as opportunity,” said Ed Rich, Molly Rich’s father. “Of course, Molly’s needs required more attention as she was growing and learning to care for herself. We as a family adjusted to whatever requirements were needed to allow Molly to live a normal life. We’ve always challenged Molly to do for herself. We only stepped in to help once we were sure she needed help in whatever task she was involved in. She, like Amy, was at times stubborn, misbehaving and in need of correction as all children do. She required parenting then as now.”

Despite having a tendency toward mild to moderate cognitive delays, children and adults with Down syndrome don’t often have problems developing successful social skills. In fact, a 2011 study in the American Journal of Medical Genetics found that the vast majority of people with Down syndrome – more than 99% of study participants – reported feeling happy with their lives. Almost all participants felt happy with their parents and siblings, and 86% felt that they could make friends easily.

Robin Henderson, mother of Kelly Henderson, said that her daughter is very friendly and affectionate toward people she’s close to but that she’s also never had a problem meeting new people.

“Kelly was friendly and good natured as a child. She never met a stranger and loved to give hugs,” said Henderson. “She’s smart, funny and she really enjoys life to the fullest. She brings out the best in our family, and we can’t imagine life without her. Kelly calls her grandparents every morning and it is the highlight of their day.”

There are plenty of social activities that cater specifically to the needs of people with disabilities, like the Miracle League, a baseball league that accommodates a variety of different disabilities, but people with Down syndrome can easily get involved in activities that aren’t specifically for disabled people, too. Maxine Lee, grandmother of Dillon Smith, describes some of his favorite things to do.

“Dillon is known for his outgoing personality, social skills and friendly nature. He attends a program through Charles Lea in Chesnee and he’s involved in the Rise program at the YMCA and the SonShine Club at First Baptist of Spartanburg. Dillon really enjoys bowling – his high score is 110 – and playing Miracle League baseball.”

To provide the best opportunities for children with Down syndrome, early intervention is necessary. They also will need access to stimulating social and educational environments as they get older. Once they get past school age, job coaches can help them to find a career that is best suited for their skills and personality.

Due to the low life expectancy rate in the past, the job market for people with Down syndrome has only recently started to take off. Many times, prospective employers underestimate the abilities that a person with Down syndrome has due to their tendency to struggle with communication ­– although this has no impact on their intelligence.

Although the social, educational and vocational opportunities for people with Down syndrome are getting better over time, as a first-time parent, the future can feel daunting. Julie Bouwkamp, mother of Ben Bouwkamp, reported feeling “heartbroken and bewildered” as her family left the hospital right after Ben’s birth, although he would surpass their expectations as he grew. She described one of the earliest moments that gave her hope came when they met a stranger while traveling.

“When Ben was about 1, we took him on a day trip to Cherokee, North Carolina. We had him in the stroller as we browsed through the shops on Main Street. A sweet elderly woman stopped us and asked to hold him. We obliged. As she held him close, the look on her face was like heaven; we could almost see her heart smiling. She handed him back to us and said: ‘You have a very special boy here.’ We have never forgotten those precious words, and we often wonder about the sweet woman that gifted them to us. Somehow Ben has that effect on others – bringing a little bit of heaven to real life.”