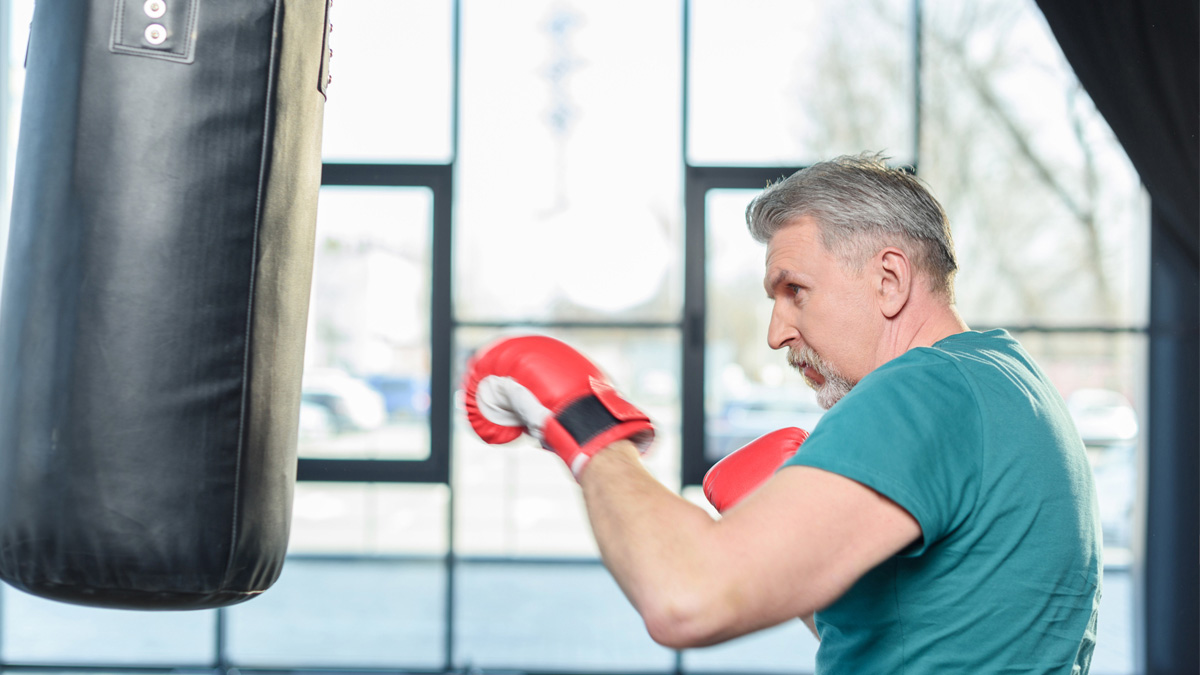 Parkinson’s disease is a debilitating malady, cursing its victims with a variety of issues ranging from involuntary movement to difficulty walking to troubling changes in speaking and handwriting. And though most Parkinson’s patients are taking medication, many of them also are fighting back – literally, in some cases – through exercise and rehab programs and with the help of vibrant support groups.

Parkinson’s is a degenerative disease of the nervous system that affects cells in the brain which produce the chemical messenger dopamine. Its symptoms can include tremors; loss of sense of smell; very small handwriting; trouble moving or walking; constipation; speaking in a soft or low voice; trouble sleeping; and possibly dizziness or fainting. There’s no cure for Parkinson’s, but the disease itself is not fatal, and several drugs are available that have the potential to enhance a patient’s quality of life, according to Dr. Fredy J. Revilla, chief of neurology with Prisma Health in Greenville. These include levodopa, dopamine agonists and several other medications.

Medications help, but exercising and maintaining an active lifestyle are just as important, Dr. Revilla pointed out. He cited stretching, aerobics, yoga, Pilates and some forms of dancing as excellent options.

“Exercise is the only modality that has been proven to delay the disease,” he said.

One form of exercise now embraced by more than 43,000 Parkinson’s patients at 871 locations around the world is Rock Steady Boxing, a non-contact activity that offers an array of conditioning, strength and cognitive function exercises. Established in 2006 by Scott C. Newman, an Indiana attorney who was diagnosed with Parkinson’s at the age of 40, the program found a home at the Medical University of South Carolina Wellness Center in 2017. MUSC is now one of three sites in the Charleston area that offer Rock Steady Boxing.

“It’s designed specifically for patients with Parkinson’s disease, and it could slow the progression of the symptoms,” said Wellness Center Director Janis Newton. “We feel that the sooner they start, the better the possibility of results.”

Newton said around 40 people currently participate in Rock Steady Boxing at MUSC, generally twice a week. With nine coaches, each boxer gets a lot of attention, and those who need additional help receive it from “cornermen” – volunteers and family members. About 80% of the participants are men, Newton said, pointing out that Rock Steady Boxing is a non-contact activity. Boxers work on heavy bags, target mitts, speed bags and double-ended bags and participate in other activities that enhance balance, stability, fall prevention and muscle strength, but no one ever takes a punch.

“We do things to help keep their brain sharp,” Newton commented. “We try to challenge them cognitively all the time. There’s a rhyme or reason in everything we do.”

Some Parkinson’s patients graduate to Rock Steady Boxing after completing the LSVT BIG program. Offered at CORA Physical Therapy in Mount Pleasant, it consists of four intense, one-on-one sessions a week for four weeks. Clinic Manager and Physical Therapist Rudy Mosketti is among those certified to offer LSVT BIG. He said even after patients finish the program, they can return to CORA to work on specific issues such as balance. Or, he said, he can send them on to one of the area’s Rock Steady Boxing programs.

“Once they reach a certain level of function, I’ll suggest an activity such as Rock Steady Boxing to continue their functional progress,” Mosketti explained.

He added that staying active is vitally important for anyone with Parkinson’s disease.

“The key is early referral to physical therapy,” he commented. “If you sit at home, function can deteriorate rapidly. You have to move.”

There is another promising treatment option, according to Dr. Revilla, especially for patients with advanced Parkinson’s disease. Deep brain stimulation uses electrodes implanted in specific sections of the brain that produce electrical impulses aimed at regulating abnormal impulses. Dr. Revilla said DBS, now widely used in the United States and in other countries, can improve symptoms in Parkinson’s patients who are already dealing with motor fluctuations and involuntary movements.

He said ongoing studies are looking at using DBS earlier, but he pointed out that there are risks such as infection, bleeding in the brain, stroke and equipment malfunctions. Side effects can include abnormal movements and sensations and worsening of speech and balance.

According to Dr. Revilla, Parkinson’s disease is hereditary for only around 5% of patients. He said some genes have been connected to the disease, but he said it’s not practical to test for them because, in most cases, they are not the cause of Parkinson’s.

He added that some studies have shown that risk factors for Parkinson’s might include exposure to welding fumes, working with pesticides and exposure to manganese. He said well water also could be a factor.

For many people, sharing their lives with others afflicted with the same disease is almost as important as the physical aspect of fighting the effects of Parkinson’s. Support groups are active in the greater Charleston area and in Summerville, both meeting once a month and both led by retired accountant Jay Phillips and his wife, retired physical therapist Marilyn Phillips. Jay maintains an email list of around 400 addresses and regularly sends out newsletters with information about upcoming meetings and seminars.

There’s a good reason the Phillips’ are active in the Parkinson’s community. Jay was diagnosed with the disease in 2010 when they lived in Virginia. His neurologist told him he had Parkinson’s, but that was about it. He didn’t offer any information concerning support groups or exercise programs.

There’s also a good reason they chose South Carolina as their new home. They wanted to be near MUSC, where Professor of Neurology Dr. Vanessa Hinson is the director of the university’s highly-rated Health Movement Disorders Program.

The Phillips’ contribution to the fight against Parkinson’s extends well beyond putting together newsletters and organizing meetings. Jay was chairman of the first Moving Day – “A block party for Parkinson’s disease” – in 2018 and again in 2019, events that raised more than $145,000 each.

“It’s for family and friends who support someone with Parkinson’s,” Marilyn said. “It’s a festival, and it’s energizing and educating.”

Marilyn pointed out that just like Parkinson’s patients, their partners need support and encouragement. They meet the second Saturday of each month at Ms. Rose’s in West Ashley – without their spouses.

“We need a place for community,” she commented. “What we say stays there. We’re the only ones who get it.”

To learn more about exercise programs and Parkinson’s support groups in the Upstate, get in touch with the Greenville Area Parkinson Society by calling 864-905-2574 or visiting www.gapsonline.org. 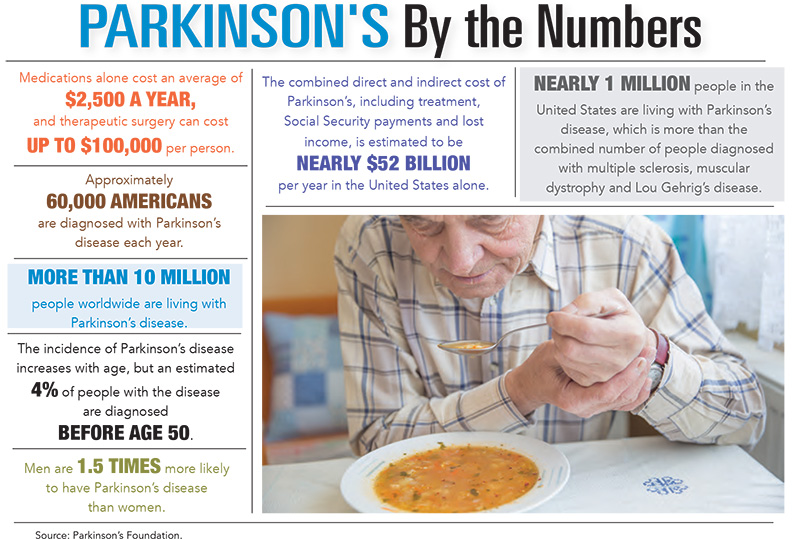