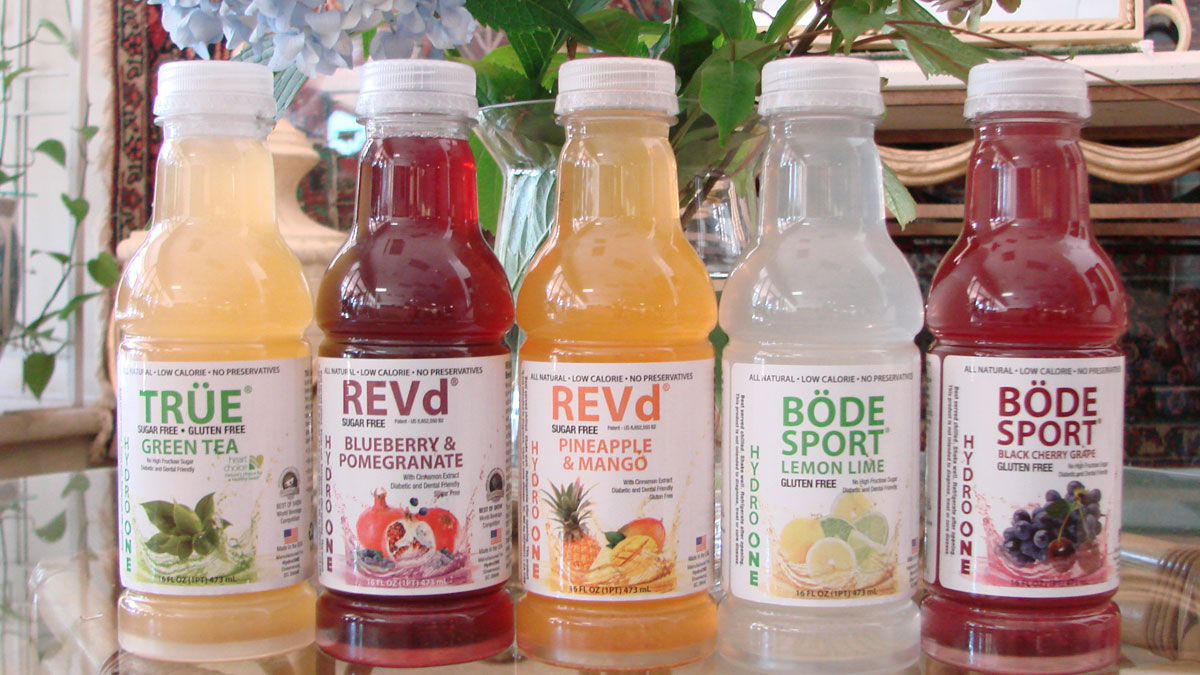 Medical News Today reported that over the past 33 years, worldwide overweight and obesity rates among adults have increased by 27.5%, while such rates among children and adolescents have soared by 47.1%.

These statistics, as alarming as they are, contribute to the data that not only obesity but also diabetes and heart disease are on the rise. The professionals at Hydro One Premium Beverages have made it their mission to combat these statistics. Believing that many Americans are drinking their added calories through sugary drinks, they have created natural, functional, gluten-free beverages that are vitamin-enriched and contain little or no sugar at all.

“We’re drinking our way to heart disease, strokes, diabetes and even cancer,” said Sammy Nasrollahi, co-founder and CEO of Hydro One Premium Beverages. “Our drinks taste great and provide nutrition and support for the essential dietary needs.”

Nasrollahi explained that many people are addicted to soda, sports drinks and sweet tea. He hopes Hydro One Premium Beverages will provide a healthy alternative to sugary drinks.

The idea for Hydro One came about when Nasrollahi played professional soccer, and, later, when he coached.

“So many people are addicted to sports drinks,” he said. “When I coached, parents would bring snacks like cookies to the games. The players would be exhausted due to all the sugar they were intaking. I think many parents didn’t understand that drinks like Gatorade and Powerade are not made for kids. Those drinks are designed for older people, who weigh more.”

Although the company started in 2006, Nasrollahi said that Hydro One Premium Beverages did not go on the market until 2010 because they spent years examining the product for taste, functionality and to ensure it was indeed sugar-free.

A team of professionals put Hydro One Premium Beverages to the test, and now Nasrollahi said the beverage has racked up quite a few endorsements and testimonials, as well as the support of staff members, including dentists and doctors, who specialize in oral and molecular medicine.

Founder Dr. Babak Baban said, “While we have made sure to use the most beneficial and functional natural ingredients in our beverages, more importantly, we have removed and avoided undesirable ingredients – having unique beneficial ingredients such as Cinnulin PF in our REVd drink. Cinnulin PF is one of a few cinnamon extracts that has research to support its functions, including blood sugar, blood pressure and brain support. The Hydro One Sugar Free Green Tea, TRÜE, is the only green tea in the world with plant sterol as its key ingredient, and, as a result, carrying an FDA claim on its label to reduce the risk of heart attack by 50%. Finally, BÖDE (body), our sports drink, not only provides a tasty low calorie source of electrolytes, minerals and vitamins but also is the first sports beverage containing Co-Enzyme 10 for quick muscle recovery, preventing cramps and healthier heart function.”

Nasrollahi concluded, “Hydro One Premium Beverages help with so many issues – weight loss, heart health, lowering cholesterol and blood pressure, improving memory. I could go on and on. Let’s bring down the rate of diabetes and obesity in the United States.”