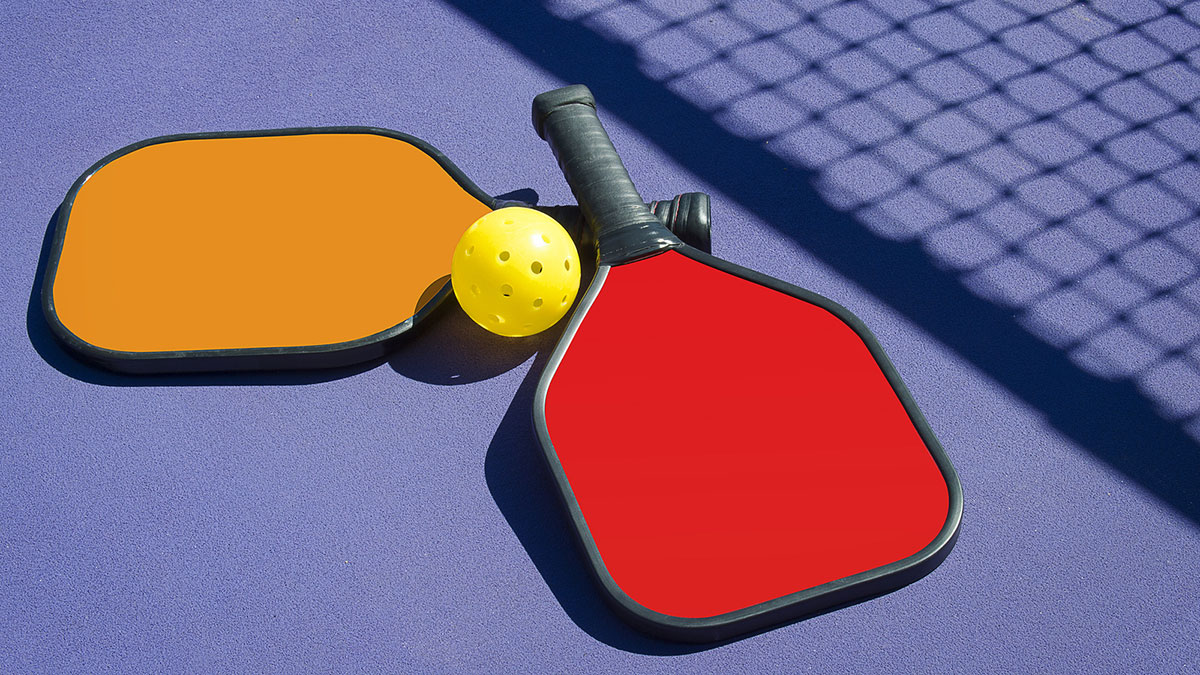 If you know anyone who has moved to one of those age 55 and older communities – especially in Florida – you may well have heard them rhapsodizing about how much they enjoy playing pickleball.

And, you may have scratched your head and wondered, “What kind of ball game is this? And what does it have to do with pickles?”

The short answer is that pickleball is a sport that’s a sort of a hybrid between tennis, badminton, volleyball and Ping-Pong played on what looks like a tennis court that’s been run through the washing machine until it shrunk.

The pickleball court’s dimensions are the same as badminton’s: 20 feet by 44 feet. The pickleball paddle is solid and resembles a Ping-Pong paddle on steroids. The net is almost identical to that of tennis but 2 inches lower in the middle.

And it has nothing at all to do with dills, gherkins or any other sort of pickles. Except for its name.

There are conflicting narratives about how pickleball received its label when it was “invented” on Bainbridge Island near Seattle back in 1965. It was either named after the inventor’s pet dog, Pickles, or it earned its moniker from “pickle boats,” traditionally the last boats to arrive at the docks with their catch after trawling at sea.

Regardless, the original game was devised to be a pastime for backyard play where space was limited and fun could be had with improvised equipment such as simple paddles and whiffle balls.

No one really expected pickleball to take off as a competitive sport attracting millions of fanatical participants across America and spawning leagues, tournaments, a national association and a growing spectator base. But, of course, it did.

The question remains – why? The answers are manifold. The future of the sport looks nothing but bright.

First, at least relatively speaking compared to tennis, pickleball is inexpensive. The court takes up roughly one-third the area of a tennis court and can be set up indoors or out. A competitive paddle can be had for as little as $50. The balls are simple hollow plastic spheres with holes punched into them. They can be any color.

Other than a few easily grasped rule changes, pickleball is played much like tennis, although it’s most commonly played as doubles, thereby reducing the amount of running around by players. No doubt that’s an important element of the sport’s appeal to longtime tennis players who may have slowed down a bit and no longer relish the challenge of racing baseline to baseline and from net to backcourt.

Additionally, regulation games are played to 11 points (generally, teams must win by two points) and only occasionally last more than 15 minutes.

The net result – pardon the play on words – is that more people get to play and everyone who plays bene ts from burning calories, toning muscles and getting a good cardiovascular workout with low impact competition that’s actually lots of fun.

Best of all, you don’t have to move to the Sunshine State or settle in a retirement community to climb aboard the pickleball train – or boat, as it were. There are already plenty of places to play the game right here in the Upstate.

According to marketing consultant John Moore, who helps lead the pickleball parade for the region, some of the most popular places to play include Gower Park and Sterling Community Center in Greenville; Tryon Recreation Center and Victor Gym in Greer; Pope Field and Rock Springs Impact Center in Easley; and the YMCA of Greater Spartanburg.

That’s impressive, as the sport didn’t really surface in Greenville until about 10 years ago when locals Ken and Lynn Corbett vacationed in Florida and were caught up in the pickleball fever. With help from Ron and Sharon Blake, they introduced the sport to their friends and neighbors, with the first game played with chalked lines on the tennis courts at Timmons Park.

Today, there are more than 400 pickleball players on Moore’s mailing list in the Greenville/Spartanburg area – about 200 or more are avid, active players – and some 25 public places to play the sport.

In addition to the health benefits of pickleball, Moore emphasized the sport’s social benefits. “Games themselves are short, and there’s plenty of time for players and spectators to get to know one another while waiting for their next turn. New friendships are made and strengthened every day on the pickleball courts.”

Anyone thinking about taking up pickleball but worried about their athleticism should be heartened by Moore’s assessment that “The sport is very easy to pick up. People with any sort of hand/ eye coordination can learn to play it and enjoy it right away. I teach sold-out classes twice a week, and anyone who has ever played tennis can pick the game up in 10 minutes.”

Moore offers one caveat, however: “Just like some other sports such as golf, pickleball may seem easy to learn, but it’s really hard to master!”

Fun and exercise are the biggest motivators for new players, which is why Moore contended, “Pickleball has grown by leaps and bounds here in the Upstate, with no end in sight.

And that’s one “pickle” that players in the Upstate would be certain to relish. 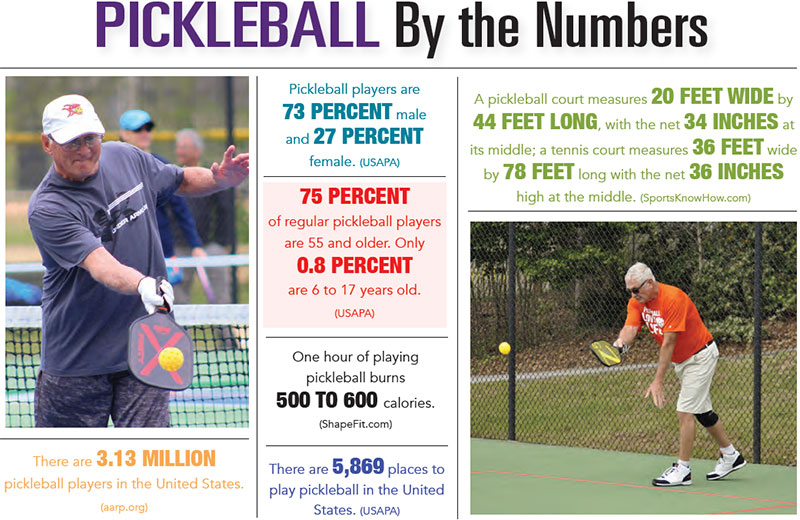